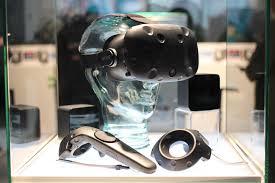 As we move into the latter stages of 2018, it’s fair to say that virtual reality has been a little bit underwhelming. While it’s still a major technology and one we should all keep an eye on, it hasn’t exactly “changed the game,” so to speak.

Mark Zuckerberg himself, who, through Facebook, is heavily invested in the success of VR, said just last year that it will be 10 years before we really get to where we want to go with the technology. And he may be right. We may look up in another 10 years, if not five, and see VR as an indispensable technology and a modern marvel. For now though, the question is completely fair: Do you really need VR in your life?

So far as we can tell, these are some of the primary functions of the technology, not in society as a whole, but as far as ordinary consumers are concerned.

Virtual reality really came to popular attention through gaming, where it was long rumored as a sort of next step beyond what we would call modern consoles. It took a little bit of time for gaming to really get off the ground in VR, but now this is up there with the main uses of the technology. Looking at upcoming releases for the fall you can see a range of genres and types of games at play, indicating the growing size and influence of virtual reality gaming. The improvement in this area is likely to continue into the coming years.

As something of an offshoot to gaming as a whole, casino gaming is fast becoming one of the more noteworthy aspects of consumer-facing VR. For starters, there are VR poker games that can make you feel like you’re sitting at a real tournament. Additionally however, the more arcade-like aspects of casino play are getting into VR as well. Gonzo’s Quest, a storybook adventure and innovative prize machine, has led the way in being turned into a VR game, and more slots are following suit, to the point that virtual casino options are spreading rapidly.

It’s something of a surprise but simulated travel has come about in VR for multiple purposes. On the one hand, VR travel can simply allow us to explore some places. A few apps effectively help you feel like you’re flying over a foreign city, and some others takes us to simulations of distant planets. In other cases however there are more practical uses for simulated travel in VR. Namely, people are using it for travel booking, getting a feel for a destination before actually booking a trip there.

We aren’t seeing too much of this just yet, but we do know that several fashion retail chains are experimenting with what are effectively VR fitting rooms. It’s unclear if this concept will ultimately win out as an in-store gimmick or an at-home application. However, if it’s the latter this could ultimately even beat out gaming as a significant consumer-facing use for virtual reality.

At this stage, if something like the functions mentioned above is important to you, or if you just don’t want to miss out on the early stages of a technology that will be bigger in 10 years, then by all means invest in virtual reality. If not, however, it’s fair to ask if you really need it in your life. For many if not most of us the answer remains no.