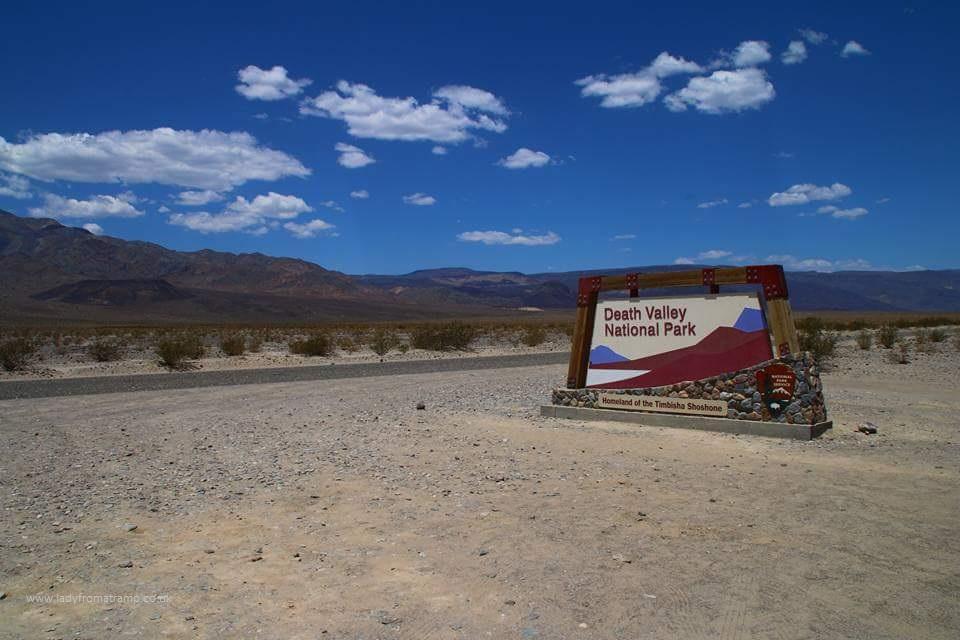 Following on from my last review of the Furnace Creek Resort in Death Valley, I wanted to share some more snaps of our visits to Death Valley itself. The hottest place in the world certainly sounds impressive but you’d be surprised by just how much beauty you’ll find in the hot barren corner of California.

We have visited Death Valley a few times now and you can read my review of the resort HERE. A perfect oasis of air con in the middle of scorching hot hell on earth.

There are several very famous and well known land marks within the Death Valley National Park. From ghost towns to scenic drives, it’s definitely the place to bring your camera. All the photos within this post are ones we captured during our visits. It was harder to capture some of them as the heat was so fierce the soles of our trainers were starting to melt!

Car choice is a key player for some of the places within Death Valley. Some routes and tracks advise 4×4 only as they are a rough dirt track and some inclines are so steep RVs and bigger vehicles are banned. And whilst that convertible is great in LA and Vegas, the heat is so fierce and strong, you’ll not be able to leave the roof down all day in Death Valley so bear that in mind if you are making the self drive journey.

Established in 1933 as a National Monument and then 1994  as a National Park, Death Valley is not only one of the hottest places on earth, it is also the lowest point below sea level in North America. Protecting a part of the Mojave desert, the area thrived during the Borax mining era but when resources ran dry combined with the hostile environment of Death Valley, the wagons rolled out and so did the people. 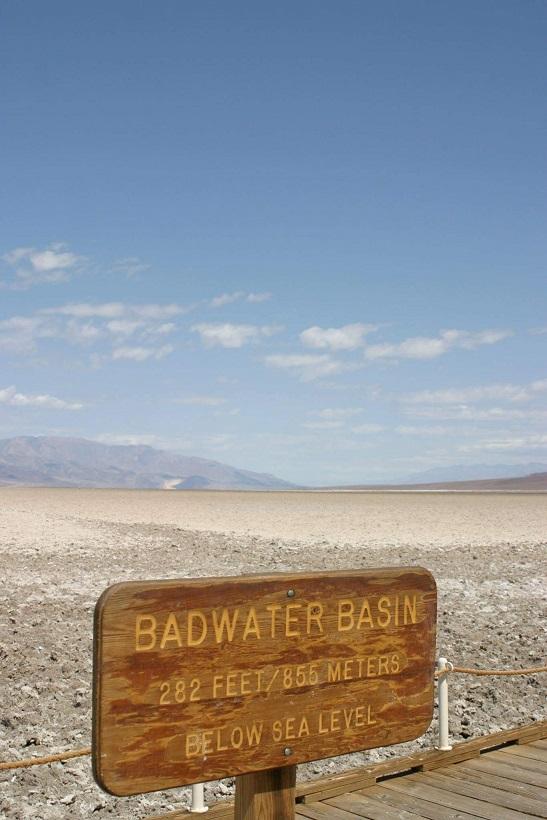 At the lowest point in Death Valley, this is one of the must – visit locations. The stark white crystalised salt flats stretch out from you as far as the eye can see and shimmer in the sun like a polished stone. Peacefully quiet and still, it’s a great place for photos both day and night. Badwater Basin sits roughly under Dante’s View which is also a top visit. 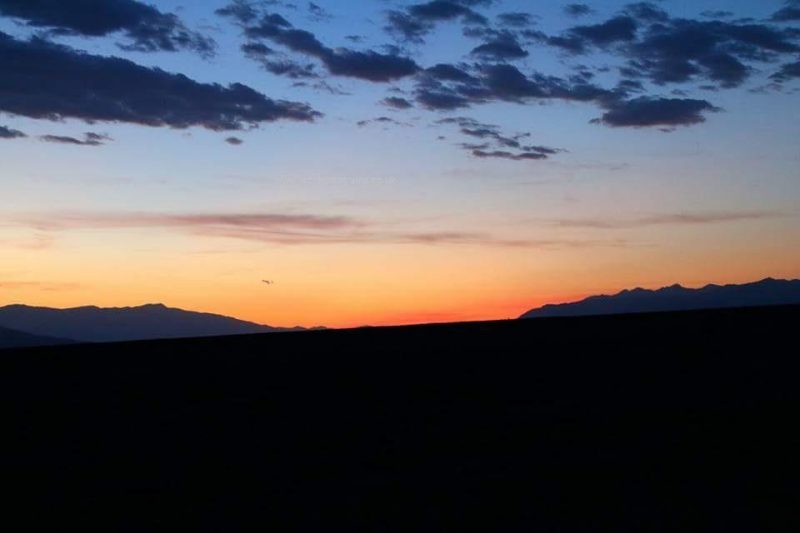 Giving it it’s name, Badwater Basin there’s a small pool of water that is so salty, it is undrinkable by animal or man. Bad water. There’s pond life though who seem to love it!

You only have to walk out a short way for the best snaps of the hexagonal salt formations. 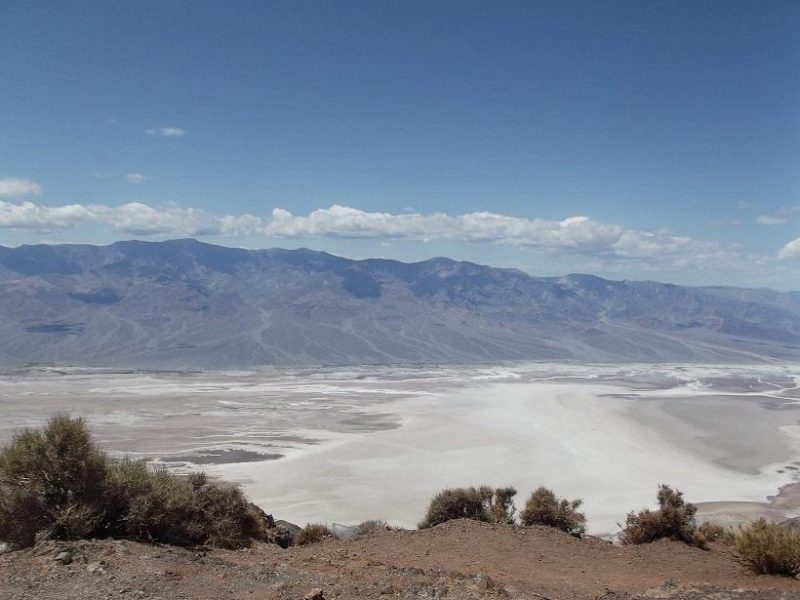 Way up high, looking out over the salt flats of Badwater Basin and the Devils Golf Course, Dante’s View is 5,476ft above sea level.

There’s a handy warning on your climb up to the car park about how steep it is but if your car can persevere you are rewarded with breath taking views. You can see for miles up the valley and across to the mountains on the other side. 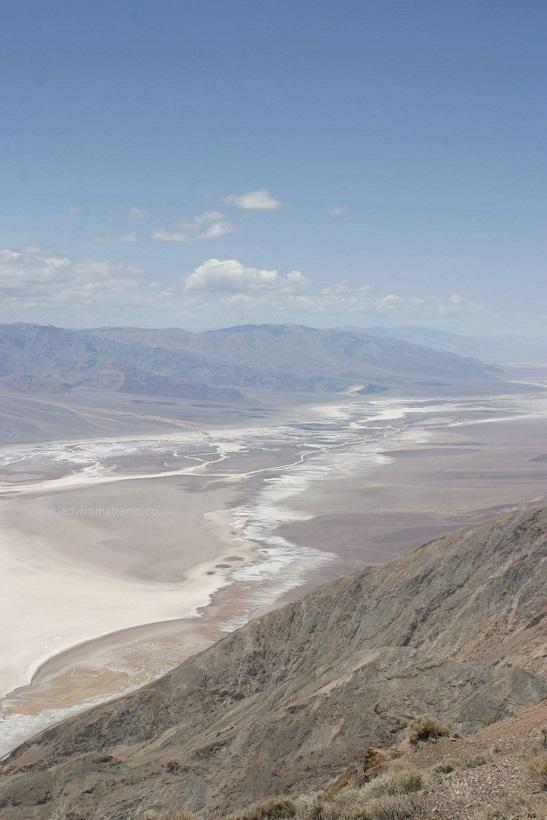 Looking down over the Devils Golf Course, it was once said that the ground was so rough due to the salt, only the devil could play golf there. The name stuck since 1934!

The location was named after Christian Brevoort Zabriskie, vice-president and general manager of the Pacific Coast Borax Company in the early 20th century. The company’s twenty-mule teams were used to transport borax from its mining operations in Death Valley. 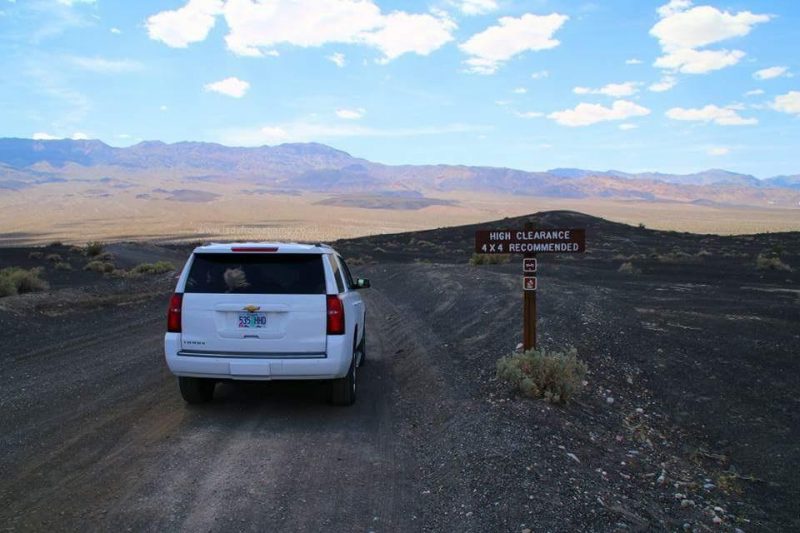 A looping road takes you through formations at the foot of the Black Mountains that are stained from the metals within the rock. Imagine the bold blue sky, bright orange rocks and then soft pastel shades of oxidised rocks. It has to be seen and if you are driving back from Badwater Basin it’s only a short detour. It’s a 1 way road around 9 mile and will take about 30 minutes so it’s not bad. It’s fully tarmacked so don’t worry about going off road. 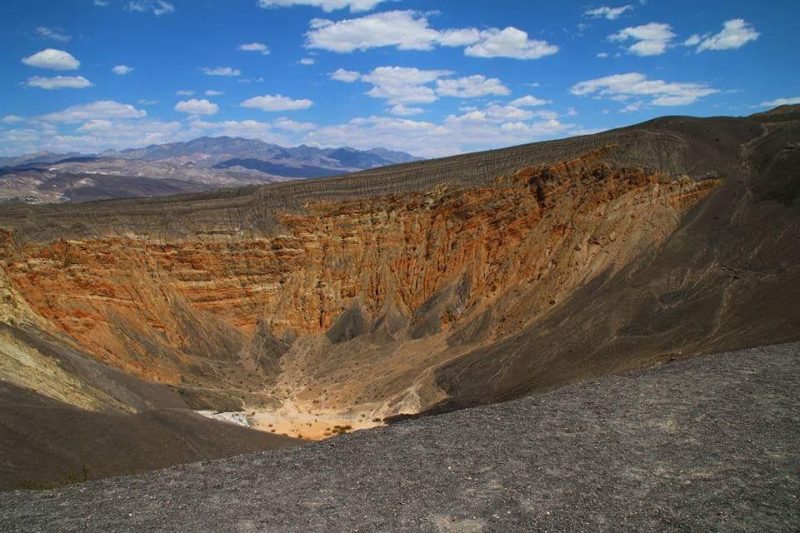 A popular hiking route around its rim, Ubehebe Crater is a volcanic formation ½ a mile wide and 700ft deep. You can hike down to the bottom of the crater if that’s your thing or there’s a route from Ubehebe to Little Ubehebe, a sister crater next to the large one. As with all spots in this post, you can park pretty much right in front of it so if the heat is too much for you, you won’t miss too much if you don’t venture far from the car. 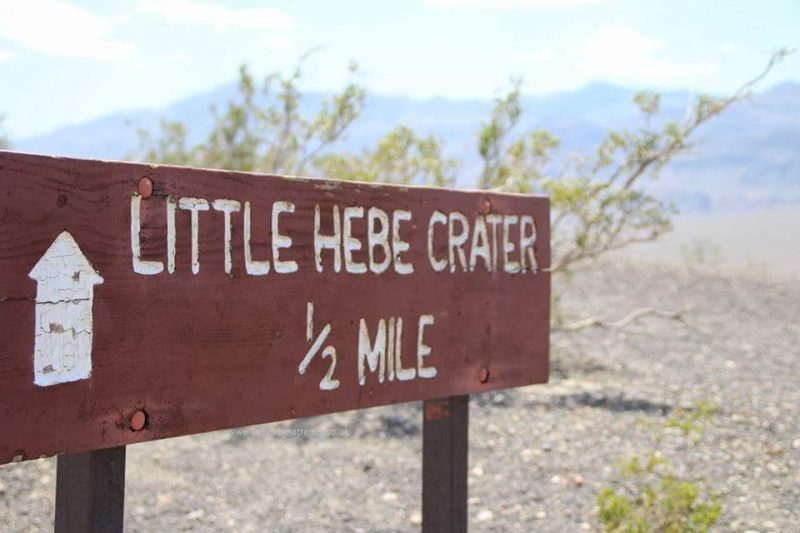 You’ve seen them on TV in Western films but visit Ballarat and experience a ghost town for yourself! It is a very bumpy off road drive from the main road so go slow and you should be ok! 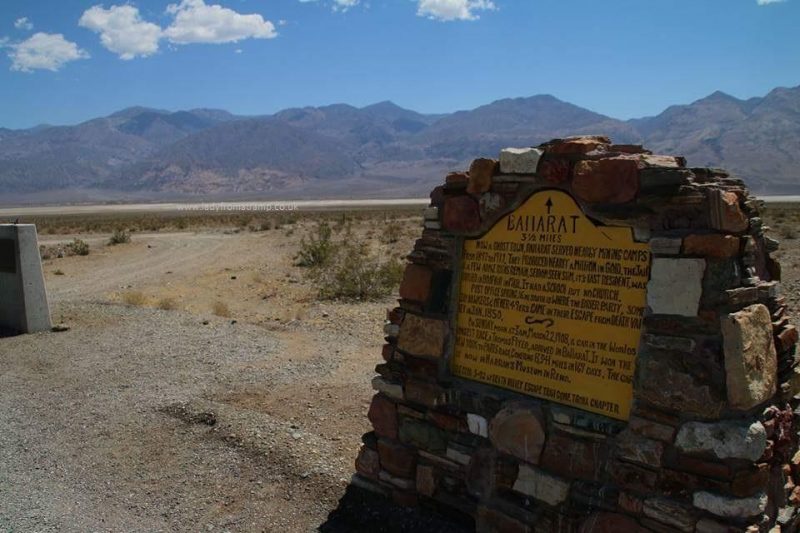 Established in 1896 as a supply point for the mining industry, the town has a dark and shady past after that. In the 60s, infamous murderer Charles Manson and his cohorts moved in to the deserted Ballarat and left graffiti across the town. The town then made it’s big screen debut in the 1969 Easy Rider before 2,000 people contracted hepatitis from drinking infected water in 1971. Grim eh! The whole place is VERY creepy.

Today Ballarat has only 1 resident and Rocky runs the general store for all the visiting tourists. 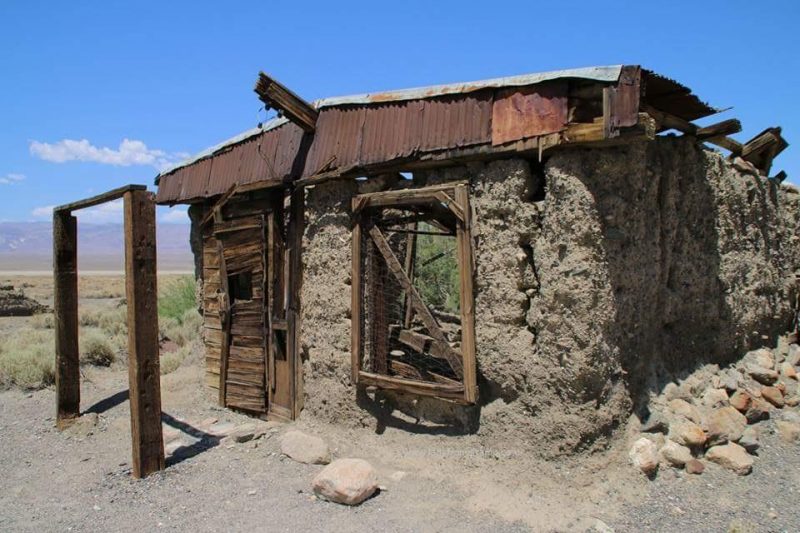 A bit self explanatory but this look out point looks like sand dunes you’d find at a beach. Worth a quick look but the heat here was intense – Paul’s converse started to melt!!!

If you find yourself at the more northern point of Death Valley, you can stop for fuel and supplies at Stovepipe Wells.

Be warned. Fill up with fuel BEFORE you set off to Death Valley and carry LOTS of water. However much water you are going to take – double it. Trust me!