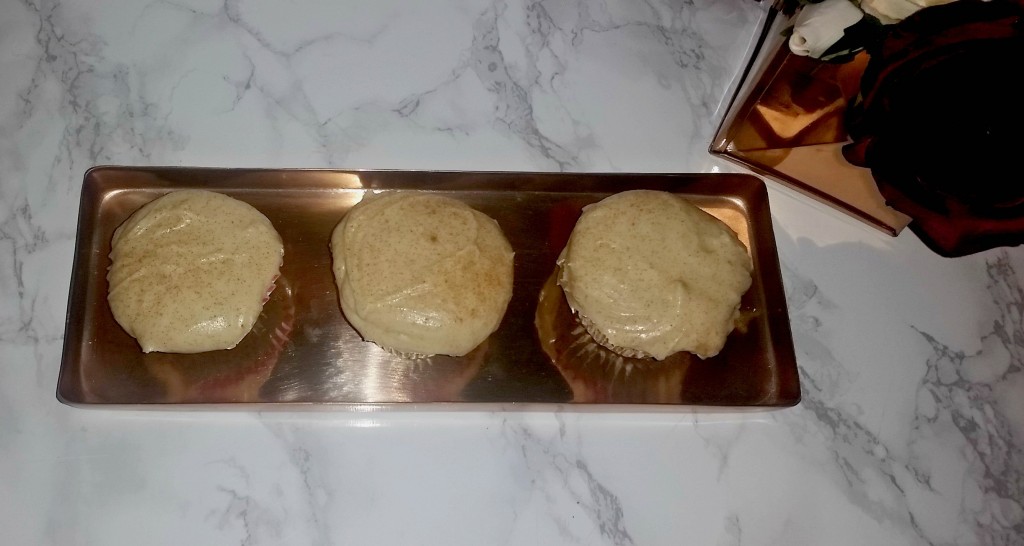 The recipe is very easy breezy so you can tweak it to suit your needs.

With the spiced pear puree, the inside of the cakes do retain a very moist centre but don’t worry, they are cooked!

Don’t mock my icing skills, after having 5, yes 5 Jane Asher icing bags burst on me in a row, I just gave up and went rustic!

Pre heat the oven to 200 degrees

In a pan,  heat the chopped pears, 2 tbsp sugar and all the spices with a generous splash of water until the pears become soft and you can mash them to a puree. Leave to cool

In a large bowl, sift the flour and sugar together and add all 4 eggs and butter. Beat until it forms a well combined batter.

Bake for 15-18 minutes or until a skewer comes out clean.

Allow to cool fully before icing.

In a mixer, add the cream cheese, toffee sauce, butter, icing sugar and cinnamon. The icing should be a thick consistency but leave to set in the fridge before piping.

Pipe with a tip of your choice. 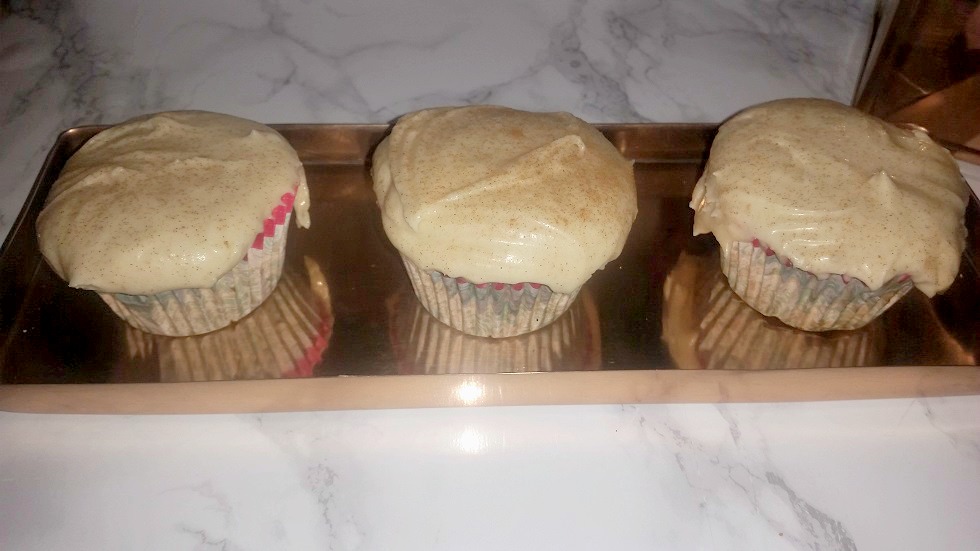 Enjoy your fresh Spiced Pear & Toffee cupcakes with your feet up and a hot cup of tea!