If you follow my social streams, you will undoubtedly know that Paul and I recently ventured to Utrecht in Holland with DFDS via Amsterdam. If not, you can check out some of my snaps and tweets using #UtrechtUncut

To keep the posts to a reasonable length, I thought I would break them down in to more bite size chunks.

First up, how we got to Utrecht. 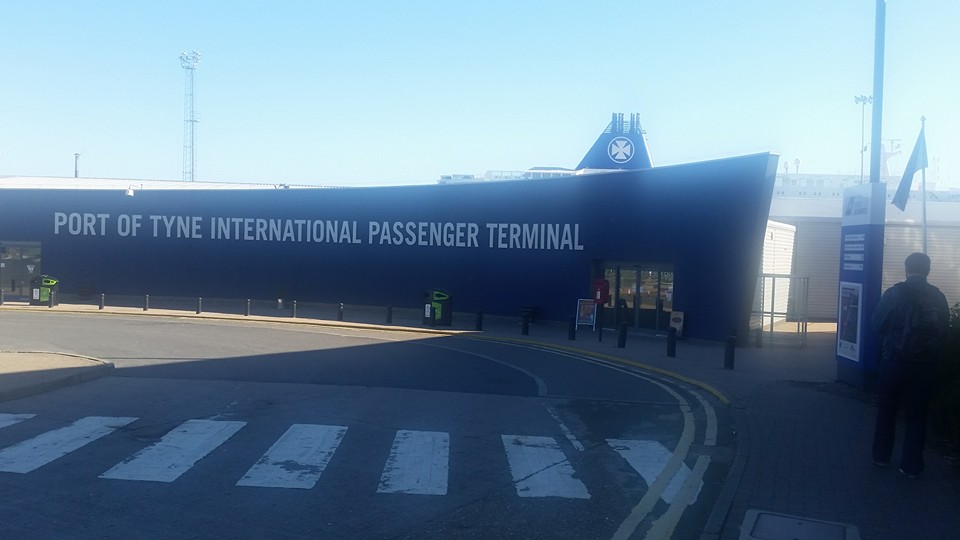 We had a leisurely jaunt over to the ferry terminal in North Shields and parked up just in time for check in to open. Check in itself was swift and seamless, we booked our breakfasts at that point and saved ourselves a few quid each, in each direction. When boarding was announced, we happened to be the first one on to the ship thanks to the people in front of us having to offload their luggage trolley – bonus – I felt like all those crazy folk who post FIRST on famous peoples Instagrams!

If you are carrying a heavy bag, it is a reasonable hike from the check in desks up to the ship itself including going up and down a ramp. There is a luggage travelator but it was not in use but there are luggage carts too, just like at the airport.

As soon as we set foot on the ship, the friendly staff greeted us and pointed us in the direction of our cabin. Our room was on floor 6 with a sea view. It was plenty spacious for the 2 of us and our luggage and the room came with it’s own en suite bathroom. 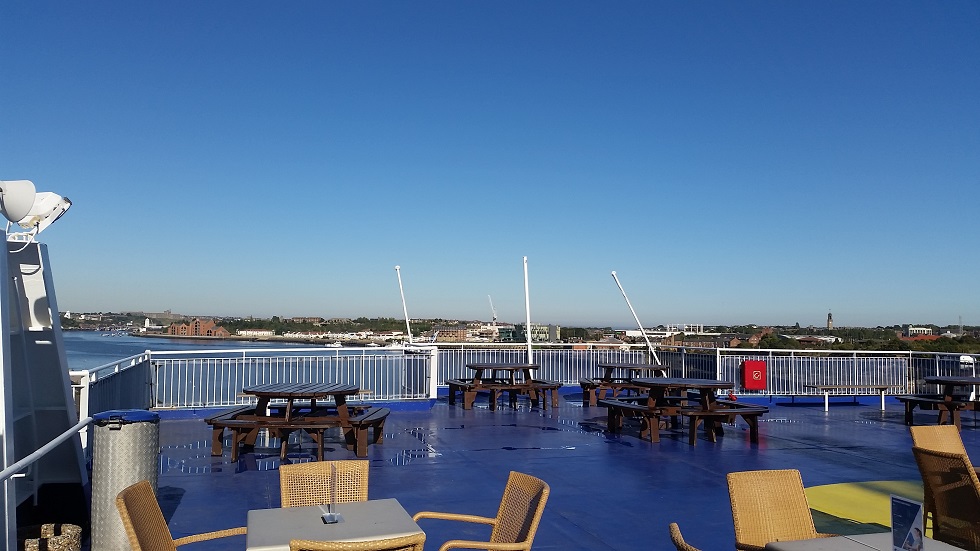 Without further ado, we headed straight up to the Mermaid Bar on the top deck of the boat. With both open air and covered seating, we snagged the best seat which was handy as the entire space was rammed by the time we set sail. Thanks to the weather being so glorious for the 1st October, it was lovely to sit outside with a drink and catch some rays and fresh air. I won’t lie though, I was bloody terrified. That final flight of stairs really took it out of me and sapped all my boat bravery but I did it….. and I did it on the way back too. Is this a definite sign I have kicked my boat fear in the behind? 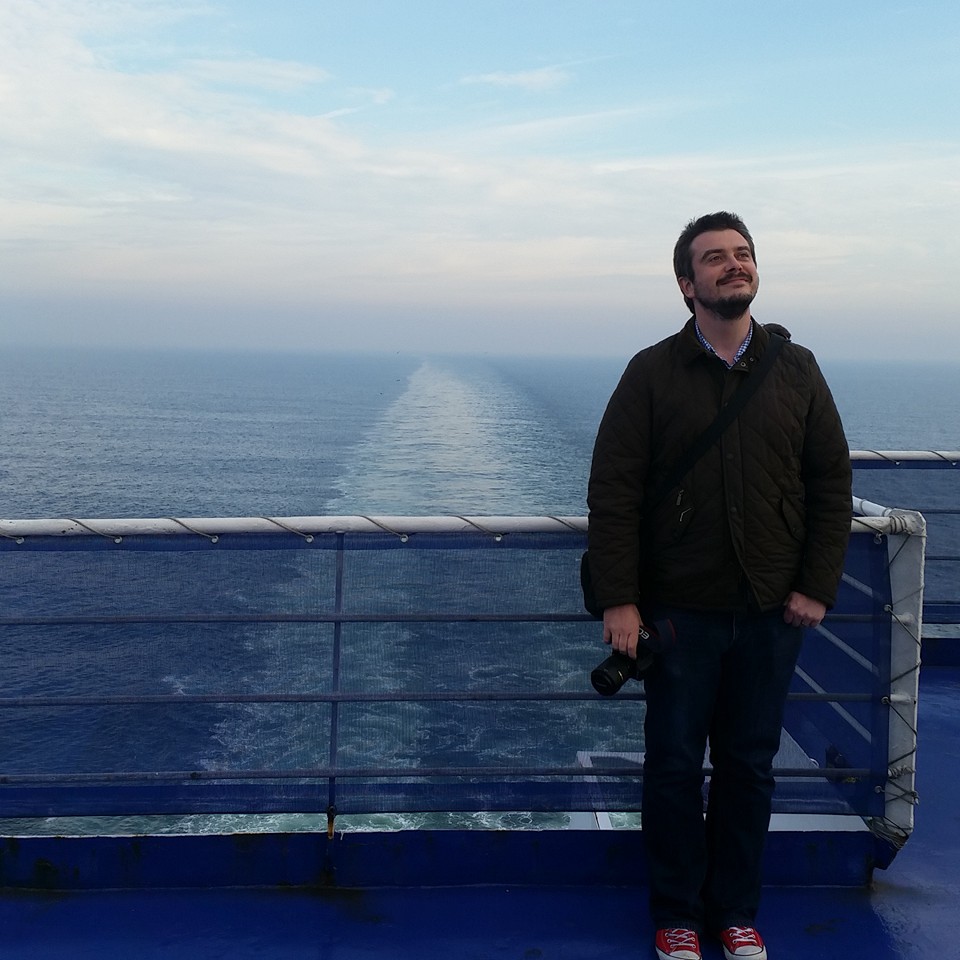 We had booked a table at the 7 Seas Buffet ready to sample the excellent dishes on offer from the culinary team.  Naturally, the food wouldn’t taste as good as when us bloggers cooked up a storm with Chef Brian (HERE) but with 80 dishes on offer, there was something for everyone. I favoured the light salads and seafood which were a popular choice. They were replenished regularly and the selection was outstanding. Paul went for the hand carved meat which was juicy and tender and well worth the queue. The food was in an abundance and the quality was impeccable, which for a buffet on a boat, you’d be dubious. 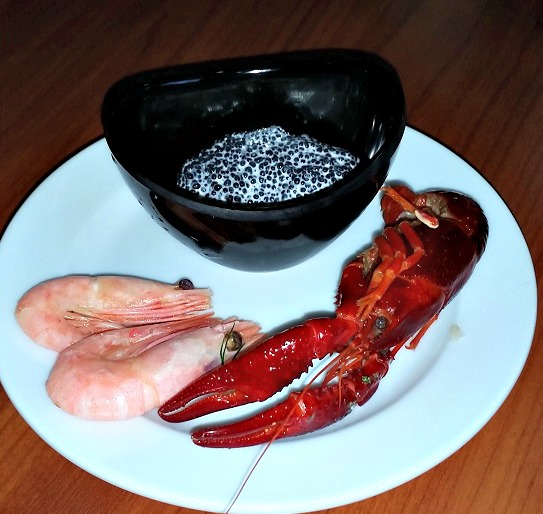 My top tip is to book the meal in advance as you save around £2-3 per person and the same for breakfast so it is quite a saving on a return sailing overall. You can also request a window seat which was stunning as the sun was setting. 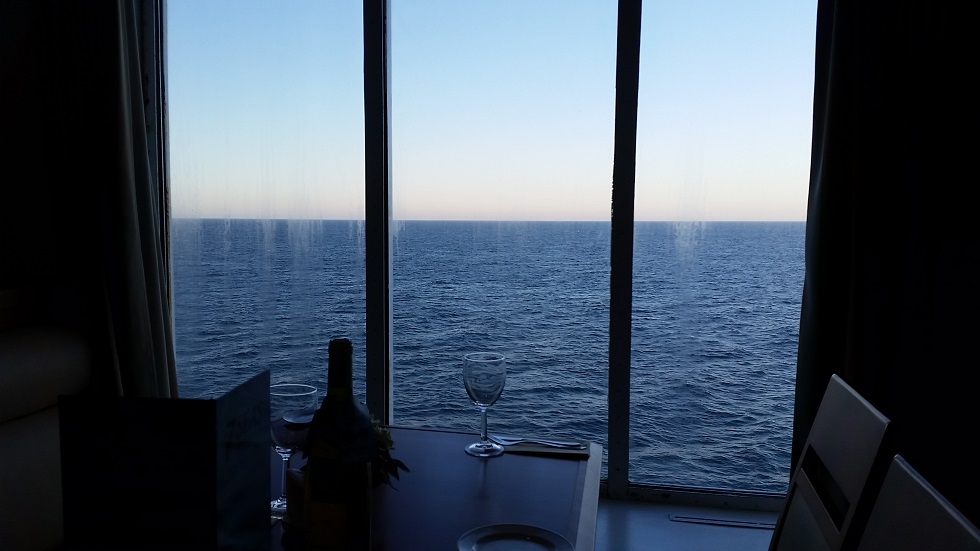 With several bars on board, a small casino and even a cinema, there is plenty to occupy your time until it is ready to hit the hay. On both sailings we preferred the quieter and more intimate setting of the Compass Bar. Paul pushed the boat out (geddit?) and ordered the Whisky Tasting, trying 6 different whisky’s as well as Octomore which is known as being the worlds peatiest offering by the Bruichladdich Distillery. There was a healthy selection to try in the Compass bar as well as to purchase in the Duty Free. 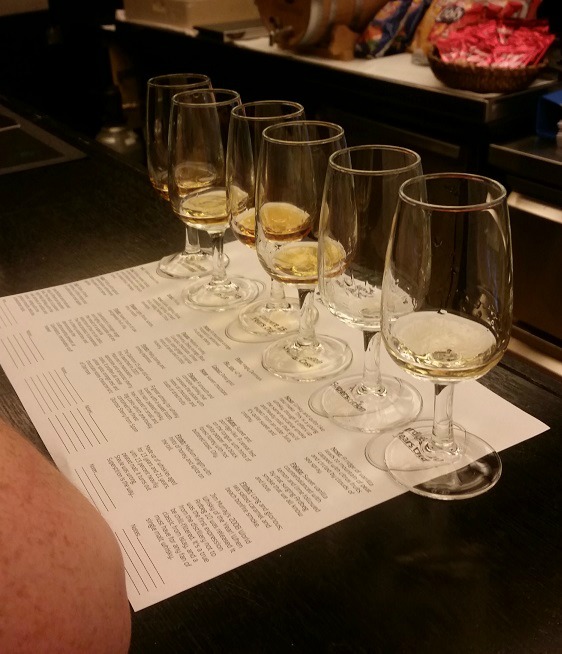 My one top tip for the sailing is to choose your room wisely. You may be tempted to snag a bargain room but as we found out the hard way, there is no TV or Radio provided so once you turn in for the evening, you have to make your own entertainment. Paul hadn’t brought anything to read so ended up having to buy a book. If you aren’t a fan of the bars or have children it could well be worth paying for the superior rooms just to keep yourself occupied. We would definitely upgrade our room choice next time. 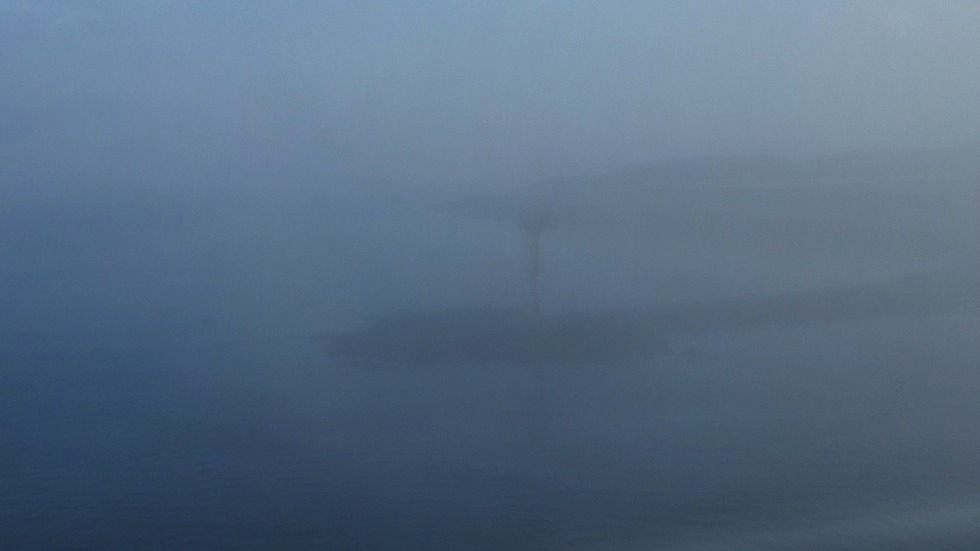 After a quick but filling breakfast on board, with an abundance of continental and cooked options, our first glimpse of Holland was fleeting as we arrived in thick dense fog but once we docked, the haze cleared and we made our way off the ship.

Entering the terminal and through the official entrance to the country was rapid and painless. I wish airports had it down to such a sleek routine. From stepping off the ship and on to the transfer coach must have taken 10 minutes. Not bad eh? The Amsterdam transfer coaches wait right outside the door so all you need to do is hop on and settle in for the ride which takes around 40 minutes.

The drop of point is very central in the city of Amsterdam and is perfectly located for the Amsterdam train station, trams and of course the infamous canal tours. Stopping outside of such a land mark area meant it was easy to find on our way back from Utrecht.

Utrecht is a mere 20 minutes via train from Amsterdam in less than 2hrs from docking, we are off and on our way to Utrecht. The trains here are double decker too – how exciting! 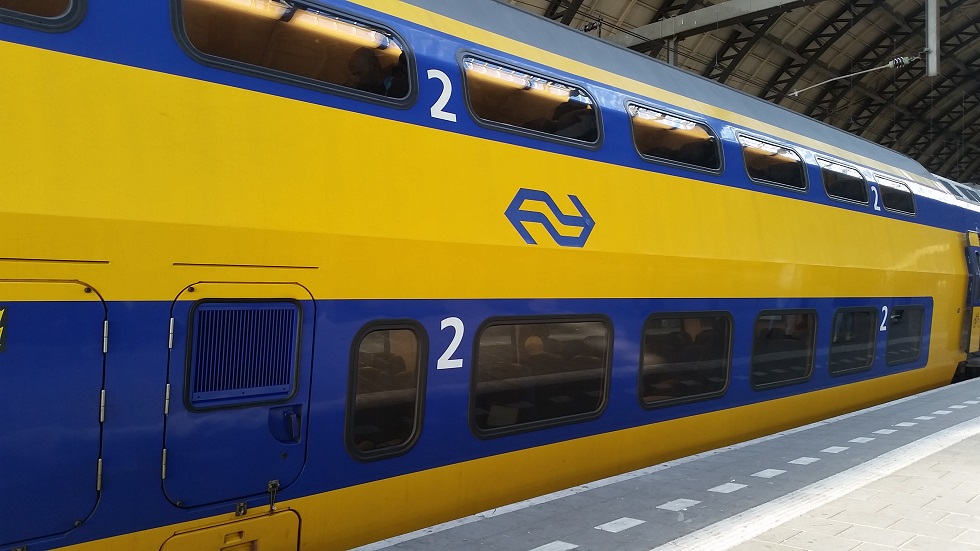 Heading back to the UK, the check in was just as efficient and we boarded straight away. Everything was the same as our outbound journey so to mix it up, we checked out the Explorers Steak Restaurant for dinner. The food was once again spot on and the portions were rather generous! The fillet steak was melt in the mouth like butter – heavenly! 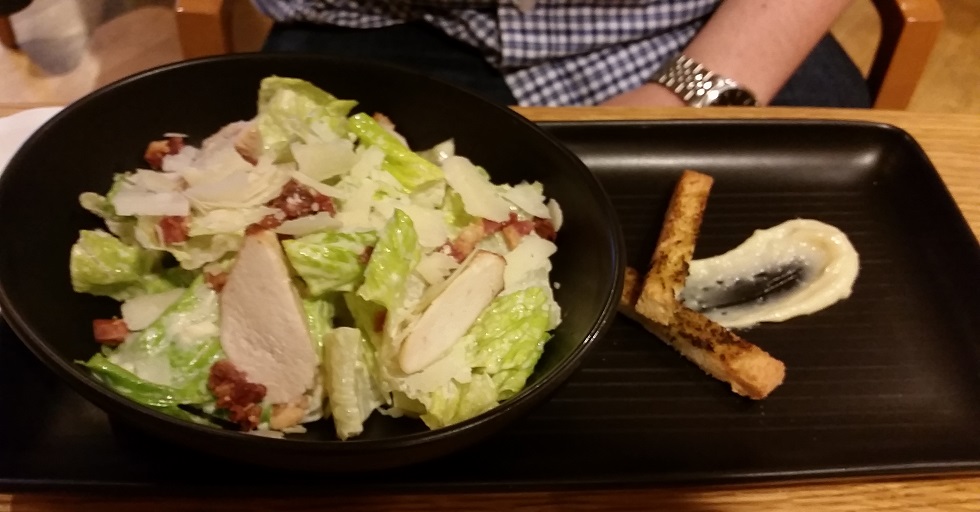 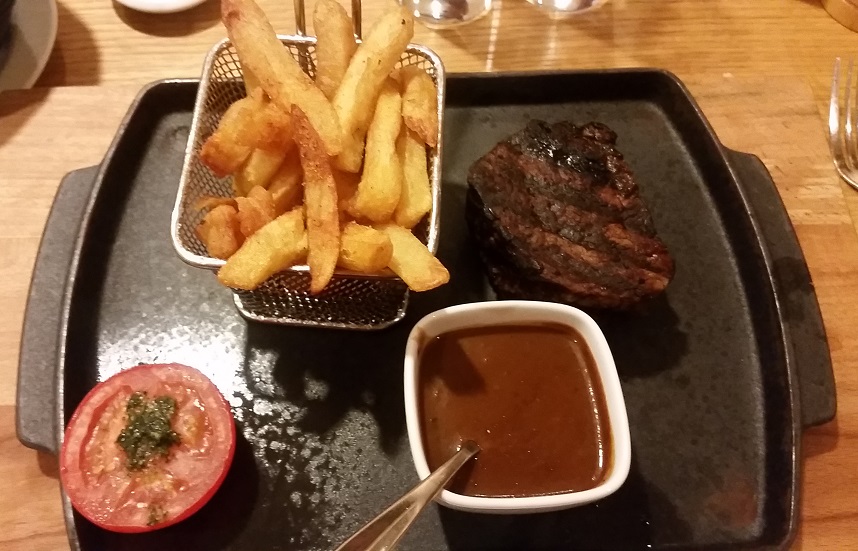 Hitting the sack after a long sightseeing day, we were sad to wake up and be back at North Shields. 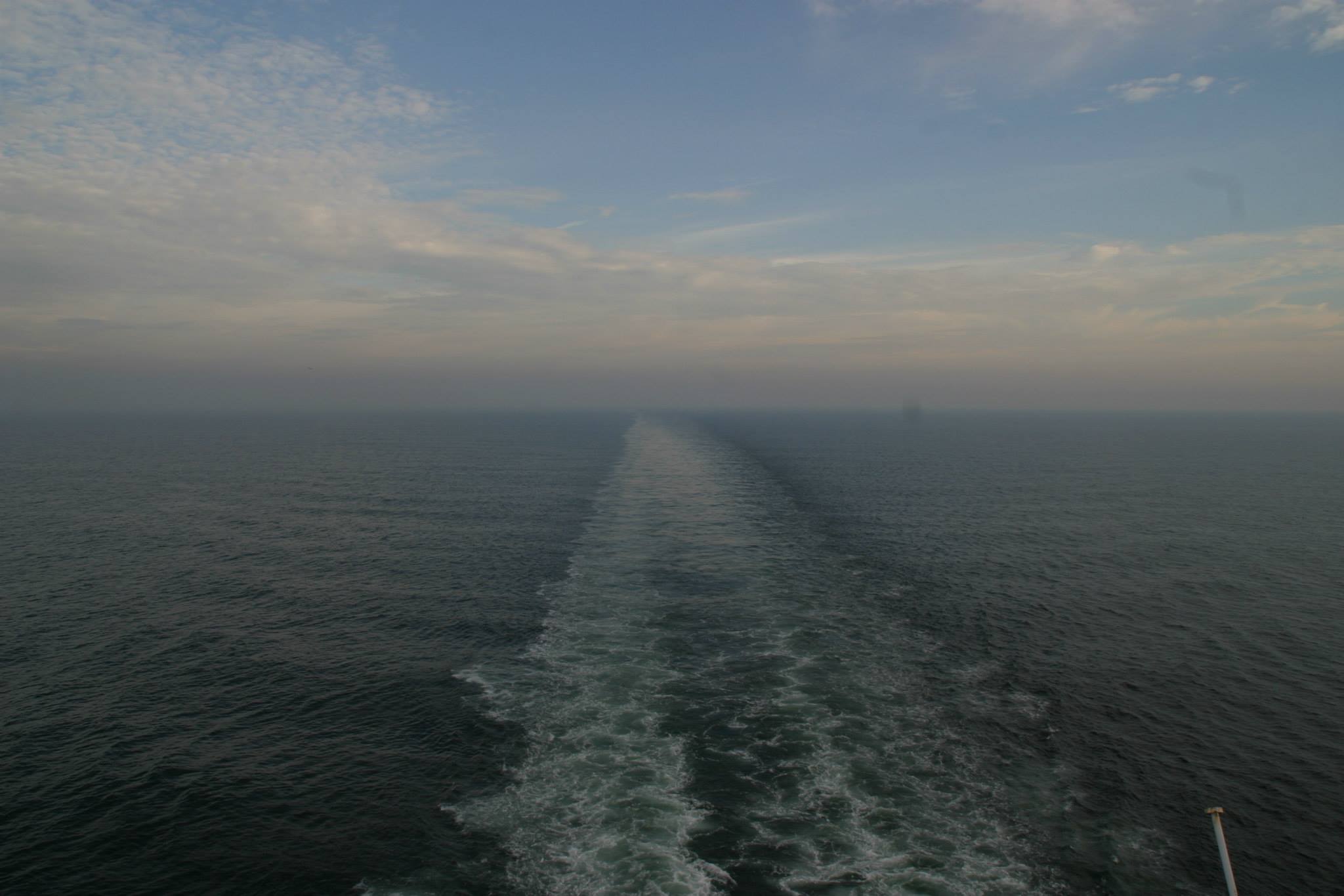 We really enjoyed our time on the boat and have learnt a few tips to make it better for the next time – we will be bringing entertainment for the cabin and bags with wheels!

It is only 3hr drive from the port down to Cologne, Germany…… I am very tempted to book a driving trip to the fabulous Christmas Markets or checking out the Amsterdam markets!