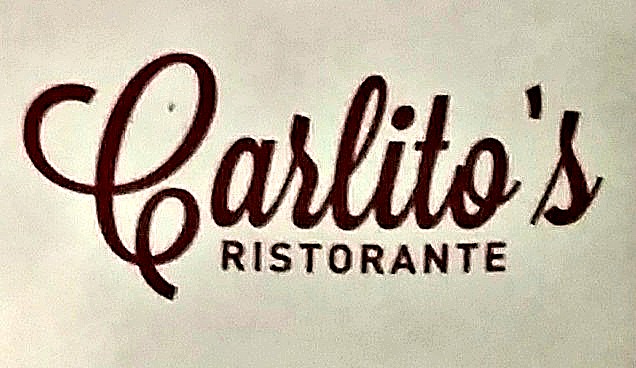 Part of the Durham based dining chain Hollathans, Carlito’s Ristorante has taken up residence in a converted pub in Daisy Hill, bringing Italian food to the Durham countryside. In a village slap bang between Chester le Street and Durham, it remains a stones throw from other properties such as Hollathans in Chester le street and The Chester Moor which I reviewed HERE.

Sitting on a main bus route in to Durham and with a huge lit car park, we arrived early for our reservation to find a cosy waiting area with leather sofas to relax in.

After having read a few less than glowing Tripadvisor reviews since opening in the run up to Christmas, we didn’t really know what to expect but the owners have really put a lot of effort in to presenting Carlito’s in a fresh, modern appealing way. There was a faint smell of cleaning products which is always good in my book but you could definitely still smell the underlying aroma of an old pub. A bit stale ale and cigarette smoke. In the summer months the view will be beautiful from the large picture windows as you can see Waldrige Fell, farm land and the lights of Newcastle and Gateshead in the distance.

Once at our table, we had the hard task of deciding what to eat! With a broad menu ranging from olives and nibbles through pasta, pizza and on to huge burgers and more traditional Italian dishes we were spoiled for choice. With a happy hour, a set 2 or 3 course menu and a very reasonably priced main menu, it would not break the bank to pick from any of them.

We both chose the Bruschetta (£2.99) and were thoroughly impressed! Tomatoes and onions marinated in a balsamic dressing were served on toasted bread. Fairly standard practice but the fresh mix was perfect. It had clearly been marinading for quite some time and it really enhanced the flavour above and beyond your usual restaurant offerings. The whole dish was turbo charged by a healthy dose of garlic too. Double thumbs up from us both! 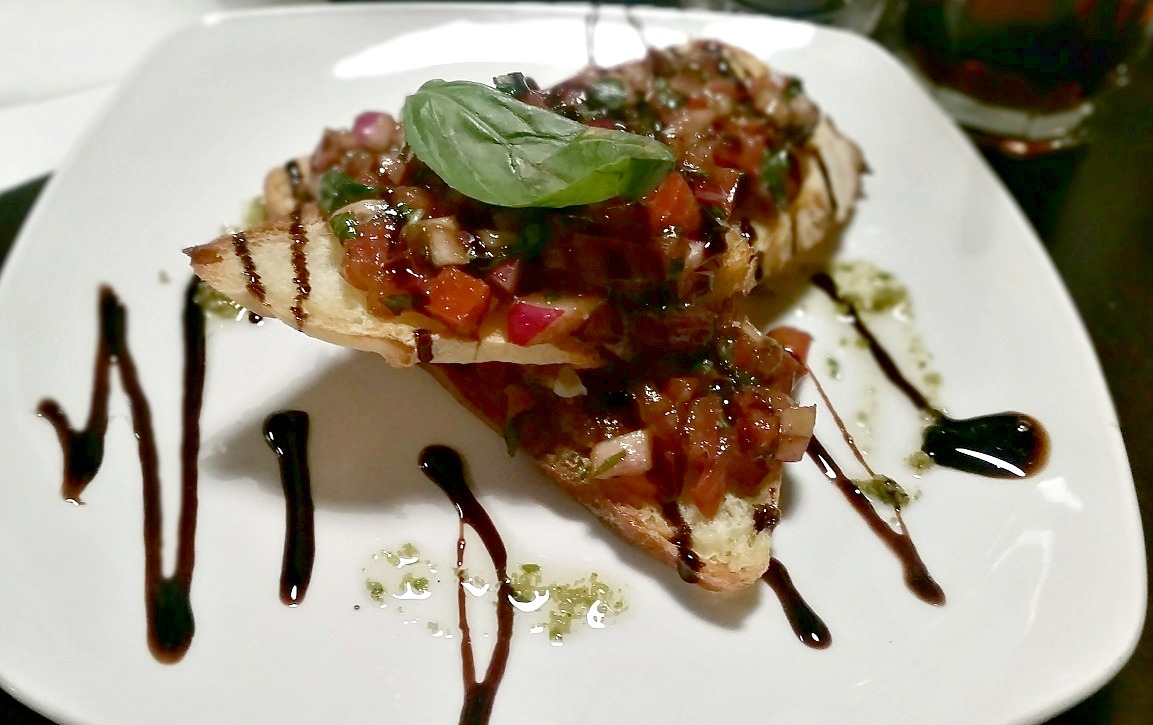 Paul chose his mainstay Italian dish – Tagliatelle Carbonara (£4.50). A generous portion of pasta was loaded with a herby creamy sauce piled high with pancetta. Straying away from a more traditional method of preparing the dish, cream was used but it wasn’t sickly. Plenty of sauce meant he did comandeer a slice of my piece to mop it up, so a side of bread would have been a welcome accompaniment. 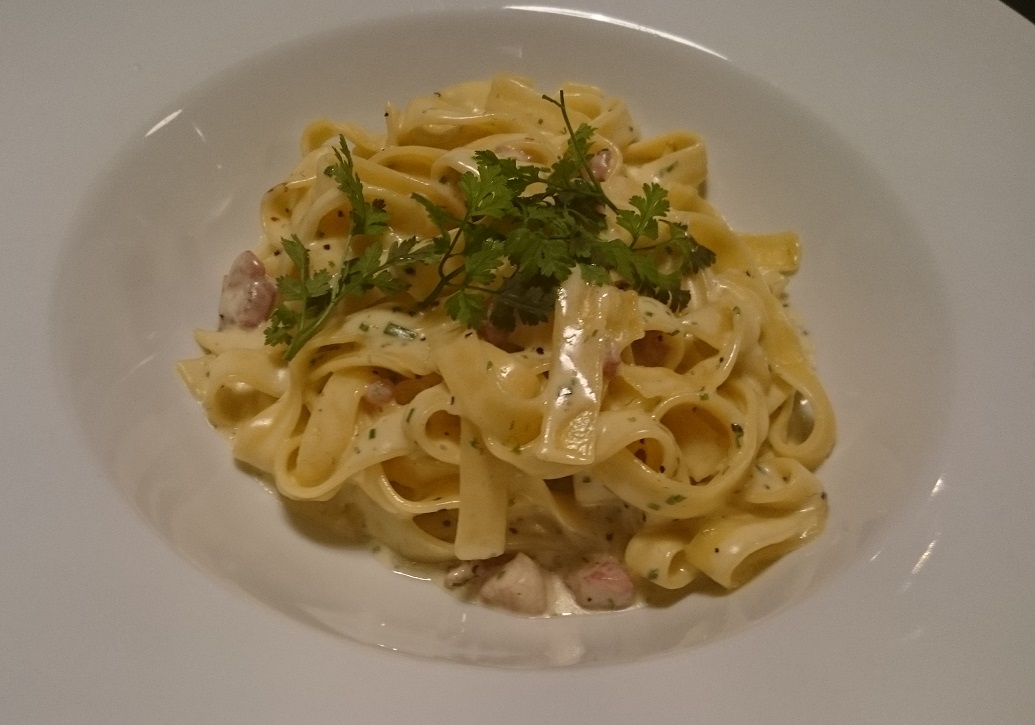 I chose the Parma Ham & Rocket pizza (£4.99) and asked for a healthy dose of extra chillis. Pleasantly surprised I wasn’t charged extra for these like in some restaurants, my pizza arrived thin and crispy and smelling delicious. The pizza crust was light and fluffy and held the topping well. Nothing worse than floppy pizza. The toppings were very generous and the chillis gave the pizza a real kick. For less than £5 I couldn’t have asked for any more. Just as good as anything Pizza Express et al would pass off, for more than twice the price.

Stuffed to the gills, we couldn’t face a dessert but after a quick glance I think the next time we visit Paul will be leaving space for the sweet chocolate and banana stuffed calzone pizza dish!

Our 2 courses for 2 people came to £15.47 which was great value. If you are in the area or passing by, we fully recommend Carlito’s.

You can view the full menu online here