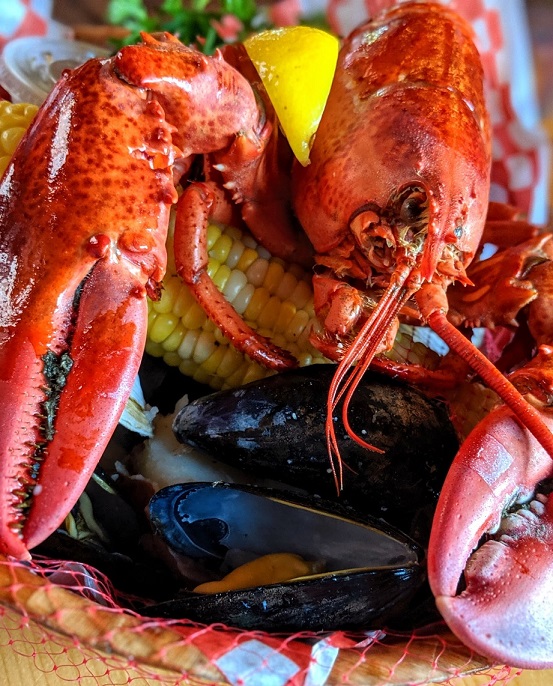 Sometimes, you have to go with the ‘when in Rome’ mantra and I certainly try to stick to it when ordering food whilst travelling. Even if it is an expensive foody treat,

Whether it was a few dozen oysters in New York’s Grand Centrals Station infamous oyster bar or New England Lobster in a lobster shack on the Maine Coast – I always like to try something new.

You can even read more of my food adventures HERE

Oysters
From abundance to rarity, the price of oysters has risen sharply. Today considered a luxury,
oysters were not always a food for the wealthier.

In the early 19th century, they were as cheap as potato chips and an important staple in the
diet of the working classes in coastal regions – and so plentiful they were used to bolster meat
pies.

But overfishing and pollution have had a catastrophic effect on oysters, and their scarcity has
made them much more valuable.

Prices vary around the world, but in London, for example, a plate of these clams can cost 49£.
However, there is always someone willing to pay for them, and especially those who believe
they have aphrodisiac properties.

Wagyu Beef
Wagyu beef (also called Kobe beef ) is marbled with fat and very tender. Wagyu can be
simply translated as “Japanese beef” and is made from four breeds of cows from Japan.

The meat is heavily streaked with fat, which melts during cooking and makes it very tender,
moist and makes it melt in your mouth.

The ones who can afford it compare its texture to eating a tender piece of fish.

Its high price is due to the animal’s breeding process: to be considered a Wagyu, cows must
be raised and fed according to strict rules, with calves receiving special ration to ensure their
meat is marbled with fat.

A kilo of Kobe beef, one of the most valued types of beef, costs 483£ in Japan.

Kopi Luwak Coffee
A kilo of Kopi Luwak coffee sells for up to 529£. Its beans were eaten, partially digested and
then defecated by the Asian palm civet, a small carnivorous mammal with a spotted coat and
a pointed snout that lives in palm trees in Indonesia.

It doesn’t look appetizing at all, but it’s prized because some believe that coffee’s flavor is
intensified by the acids in the animal’s stomach.

Partial digestion and fermentation would still impart something special to the grains before
they were excreted.

But its critics say it’s just an artificial gimmick that results in terrible coffee.

There is a negative side effect to this story for the civet: it is being raised on farms, in cages,
like chickens, and being force-fed coffee beans.

Foie gras
The production of foie gras is a practice that dates back to ancient Egypt.

Foie gras is a pâté made from the livers of ducks or geese that are fattened so that the organ
reaches up to ten times its normal size.

As a result, the pâté’s flavor is intense, buttery and delicate.

Their fans pay a high price for them, but the biggest price is paid by the birds, which are
force-fed corn through tubes.

It’s a practice that dates back to at least 2500 BC, when the Egyptians learned that birds’ taste
improved when they were fed this way.

Today, many countries have laws that prohibit the practice, in addition to the production,
import and sale of foie gras, but the product is still very popular in many parts of the world.

Learn more why you should not buy it and speak out if you see a business selling it.

Mattake or Matsutake Mushrooms
This is the most expensive mushroom in the world today. This is a highly coveted
mycorrhizal mushroom that can be found in Asia, North America and Europe, especially
Japan, Korea, China, Canada, the United States, Sweden and Finland. The most popular is the
one associated with the Japanese Red Pine.

Westin Hotel Bagel
This bagel is not that different from the regular bagel. This creation by Frank Tujague,
Executive Chef at the Westlin Hotel in New York, includes a small amount of white truffle
cream cheese and goji berry, infused with Riesling jelly that has golden leaves. The exorbitant
price is because of the truffle, as this Italian fungus is one of the most expensive food items in
the world.

Zillion Dollar Lobster Frittata
Omelets are very easy to prepare, requiring only a few eggs, with any other desired
ingredient. However, at Le Parker Meridien Hotel in New York, the restaurant called Norma’s
took a big leap forward by including lobster claws and 10 grams of Sevruga caviar in 6 eggs.
This dish is around 756£.

Truffles are expensive items, but none are as popular as the white Italian white version. These
truffles have become difficult to grow, explaining the exorbitant price. Truffles are species of
subterranean fungi with a strong aroma and flavor, appreciated by chefs in luxury restaurant
kitchens.

A huge white alba truffle weighing around 1.51 kg was once sold for over $160,000. A Hong
Kong retail investor and his wife acquired the truffle.