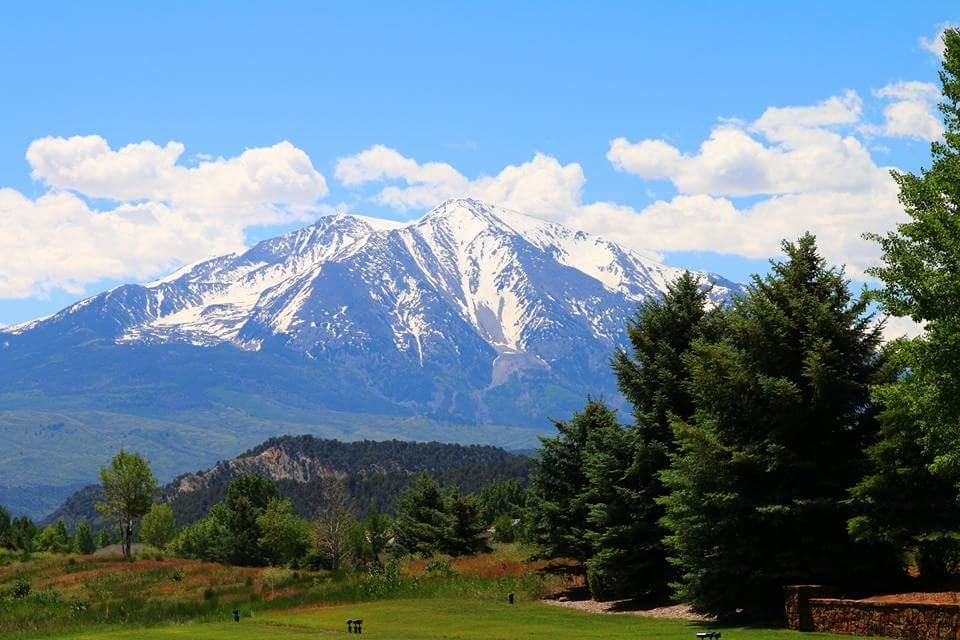 Not wanting to be traditional, we visited one of the worlds greatest ski resorts – Aspen – in July. We were blown away by how pretty this corner of Colorado is.

You might be more familiar with Aspen as the go-to destination from Dumb + Dumber. Between that and its reputation as a ski haven, we did not know what to expect. 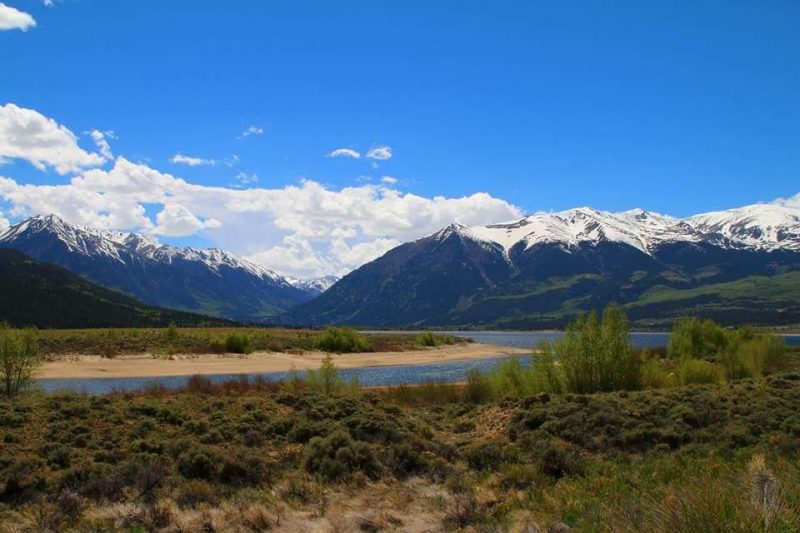 We travelled across The Rockies in Colorado on our journey to Denver, a journey that took us from dry desert heat to lush green pastures and to finish being thigh deep in snow. In July! 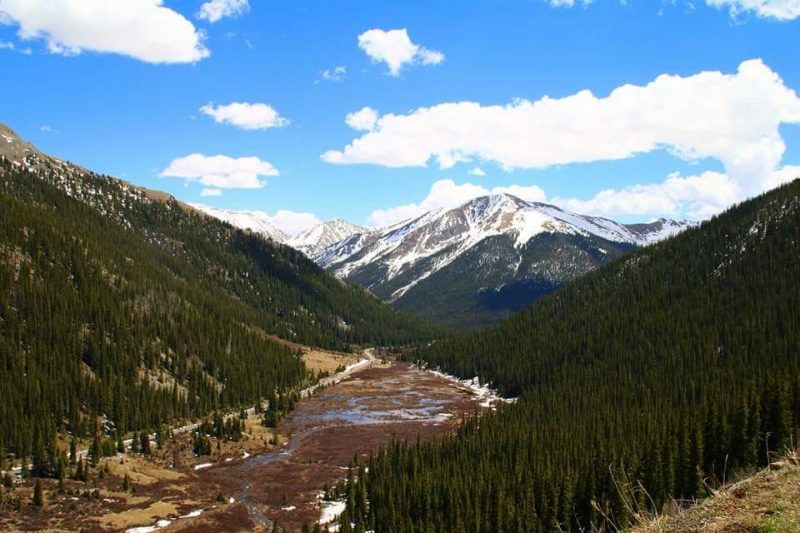 As part of our journey through the Rockies  in Colorado we crossed the great Continental Divide that runs top to bottom through America.

I can safely say Aspen in the summer was stunning. The rich green vegetation against the backdrop of the snow capped Colorado mountains was stunning. There was of course a heavy sign of the ski industry but what we thought would almost be a ghost town was vibrant and bustling. 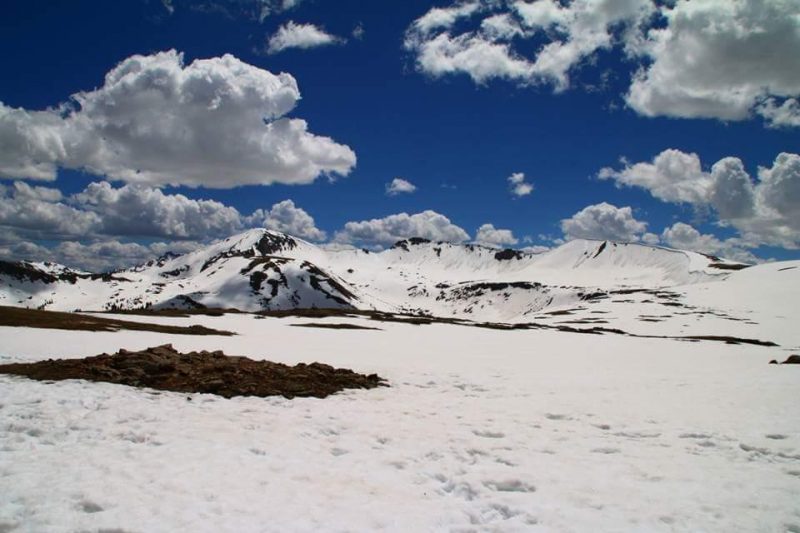 Yes, the log cabin style buildings would look cuter in the snow but it just means a return visit to find out eh!

Driving up and out of Aspen towards Independence Pass was one of those breathtaking journeys of a life time. Quite literally, the air was so thin at 12,000 feet we were both out of breath and dealing with ear pops and exploding car snacks! 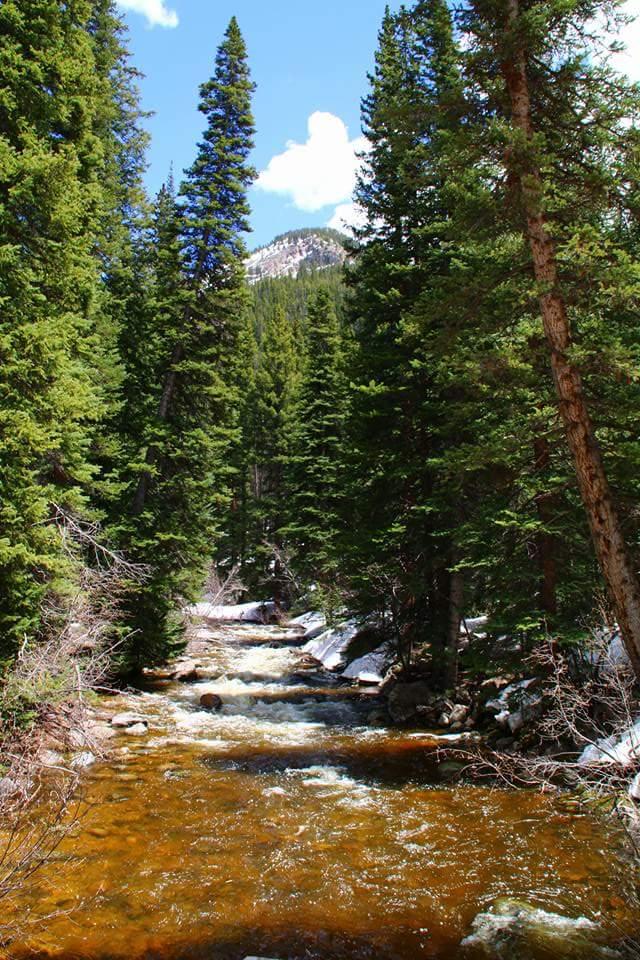 Travelling up to Independence Pass in Colorado had been high on our to-do list and we were thankful for the summer as the road is completely shut in winter. It was very easy to see why as we wound our way up the mountains passed decrepit ghost towns. 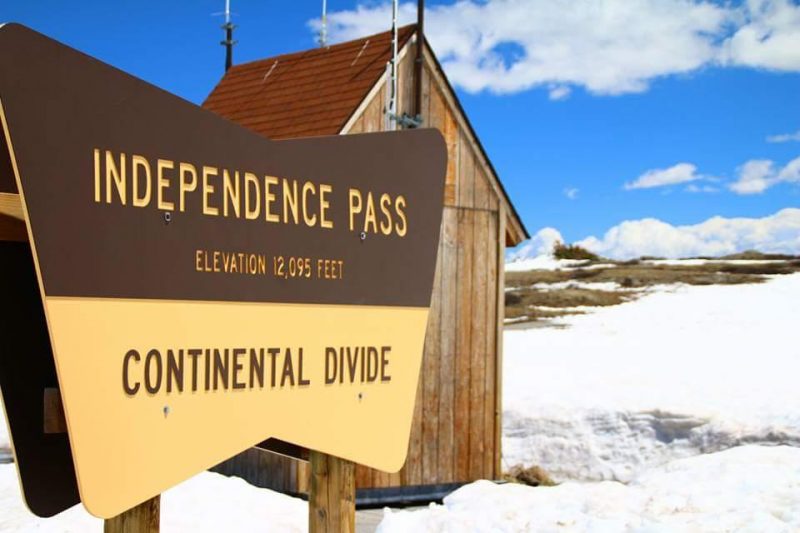 As we climbed higher up to the summit, the views were getting better and we could see Mount Elbert. The highest peak in the state and the 2nd highest mountain in the Colorado Rockies. 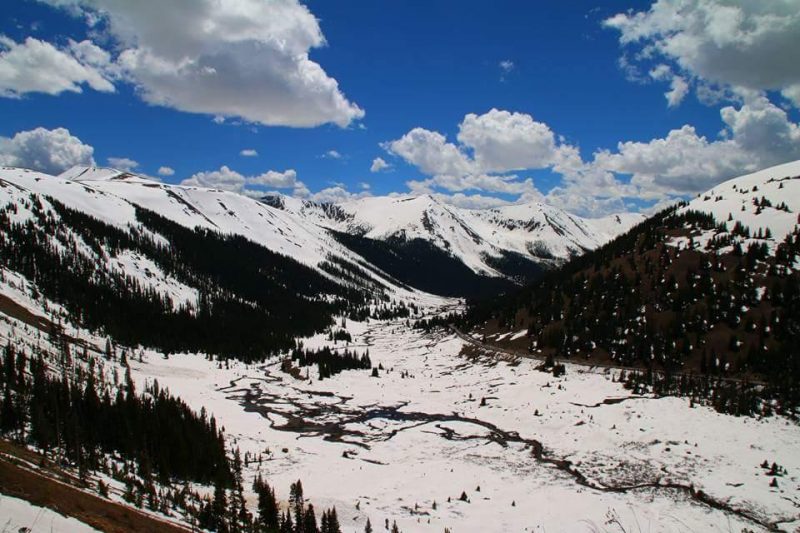 Us being strong willed Geordies, we were able to wander around at the summit in just our t-shirts as the cooler temperature was muchly appreciated. Some of the visitors from warmer climates were wrapped up like Eskimos! 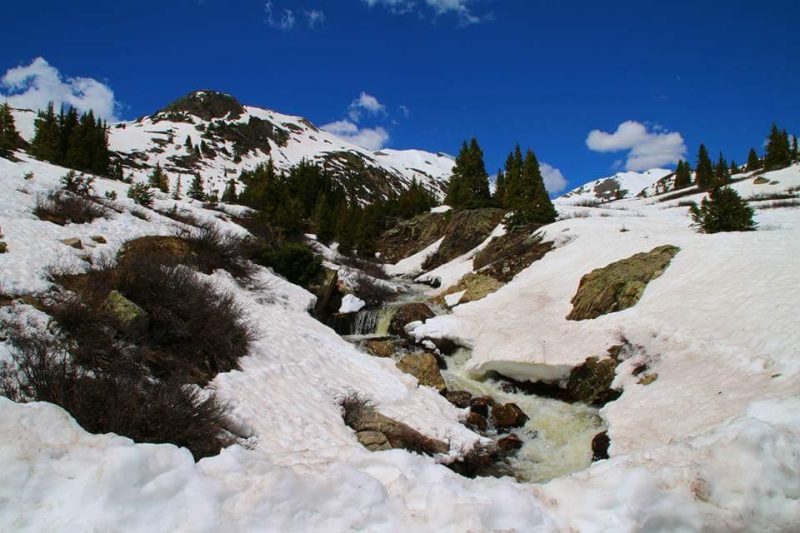 The vastness of the snowy tundra was impressive as far as the eye could see and definitely formed a once in a life time opportunity.

The drive down from Independence Pass was just as pretty, Colorado is one hell of  a scenic state. 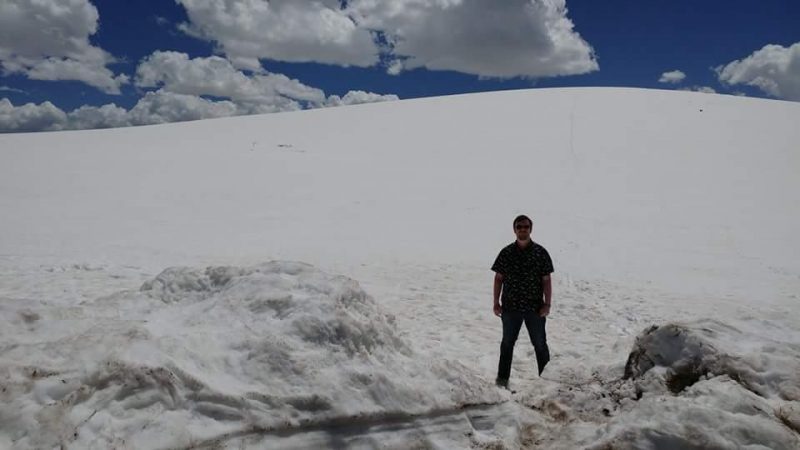