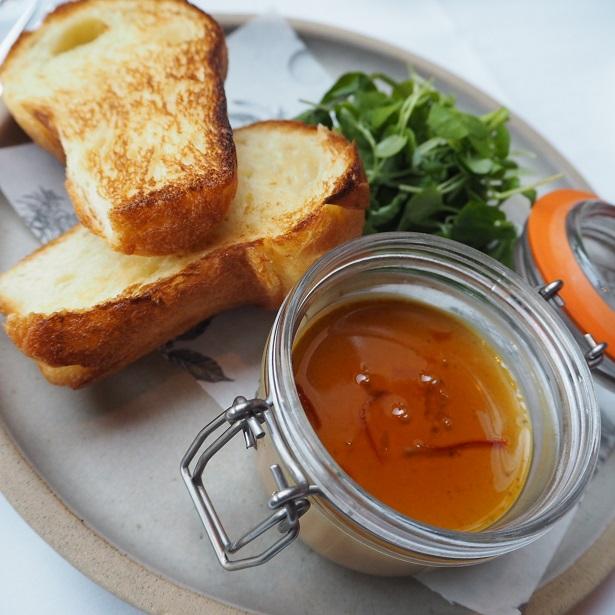 One of my favourite places to dine in Newcastle is Jesmond Dene House. Whether it is for a formal meal, light lunch or even just a coffee, it always hits the spot and the service is second to none.

The grand hotel has increased its dining options by recently introducing a fixed price early evening special menu with an incredibly reasonable 2 courses for £20.50 and 3 for £24.50 5pm – 7pm. 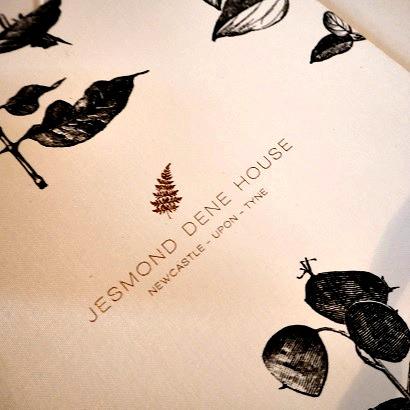 With prices that really are on par with other city centre restaurants, I was  expecting a watered down version of the JDH experience. Was I right? No. Not by a long shot.

We arrived early and were whisked in to the beautiful panelled lounge for an aperitif. I was designated drive so I consoled myself with the tasty nibbles that pair with the drinks. I’d quite happily sit there all evening, people watching with an endless supply of those nibble trays! 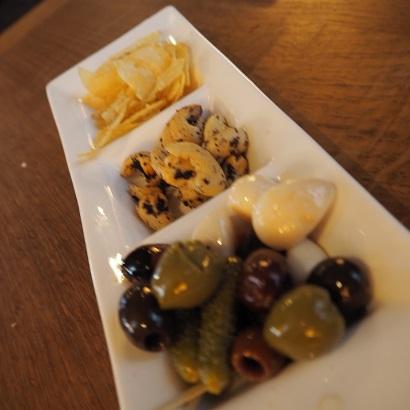 Shown to our table in the Garden Room, we made a start on our favourite part about visits to Jesmond Dene House, their warm bread and seaweed butter. If you are a carb-ivore like us, you’ll love the salty warm bread here. My mouth is watering now just writing about it! Mmm! 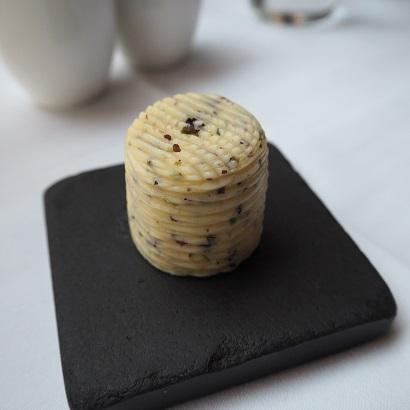 Even though the early evening menu is smaller than the main menu, it has been curated and hand chosen by Jesmond Dene House head chef Michael Penaluna. We started with a Ham Hock Terrine served with paper thin melba crisps. The portion looked a little on the dainty side for Paul and his hearty appetite but it was surprisingly substantial with the crisp shredded veg and puree. 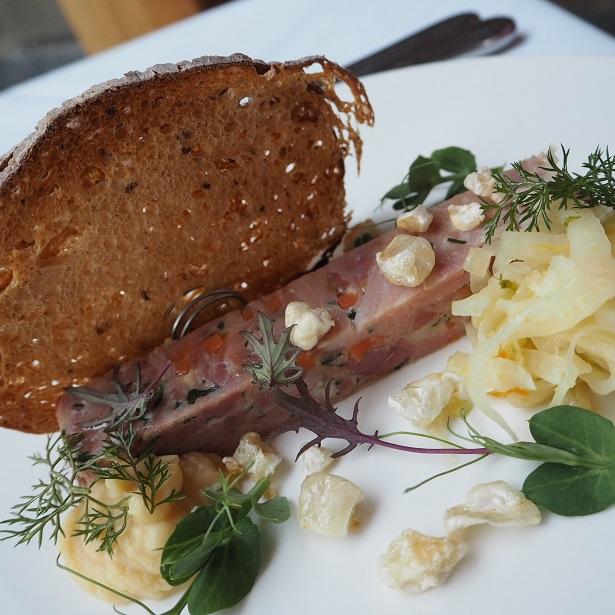 The Chicken liver parfait was sublimely smooth and decadent. The orange marmalade cut through the richness and added a bitter note which was then balanced by the sweet fresh brioche bun. The plate was dressed with peppery watercress which added another dimension to each mouthful. The parfait was very tasty but quite strong which was a little too much for me but Paul thoroughly enjoyed this and helped me finished my starter after his terrine. 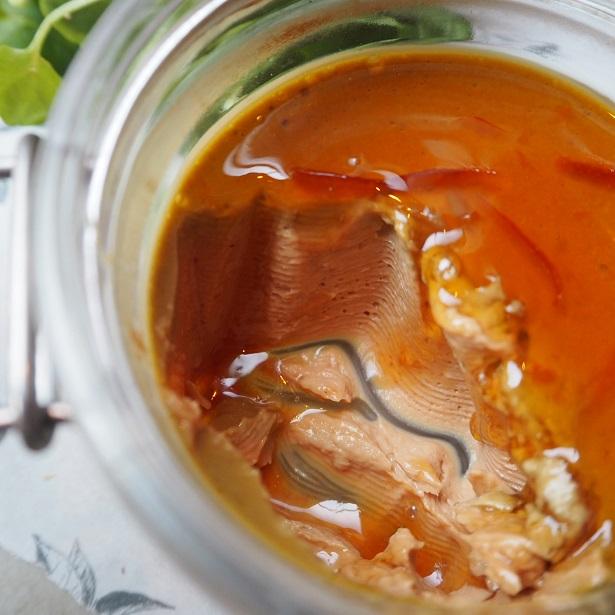 Paul broke away from his quest to eat as much red meat as possible (steak available for a £5 supplement) and picked the Roasted fillet of Stone Bass. Served on a bed of roasted cauliflower florets and crispy kale, the generous fillet was served with a mushroom truffle sauce. The fish was cooked beautifully and even with a crisp skin. He thought the flavours went well but stayed light. So light in fact he wished it had come with some extra potatoes on the side to make it a slightly more substantial dish. 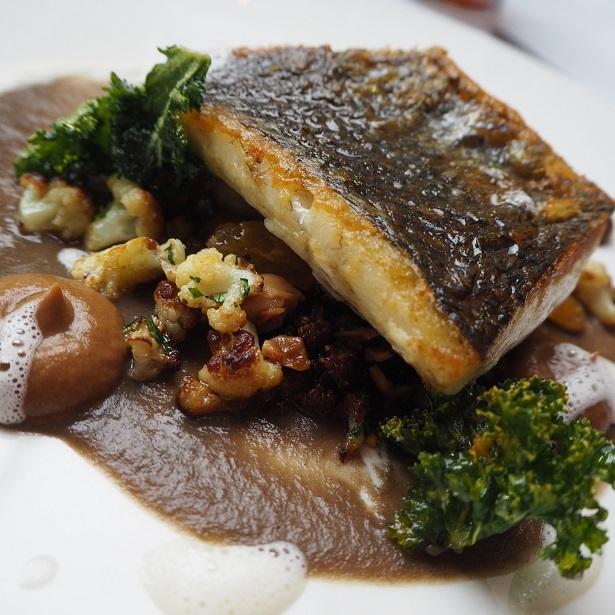 I chose the chicken breast which arrived topped with crispy skin, fondant potatoes, parsnips, firm broccoli and puree. A light jus helped keep the dish moist, not that the chicken needed it as it was a chunky, juicy piece of meat.  A fairly ‘standard’ dish that is always a reliable choice, it was executed well to raise it above the bland chicken and mash dish that it could have been. 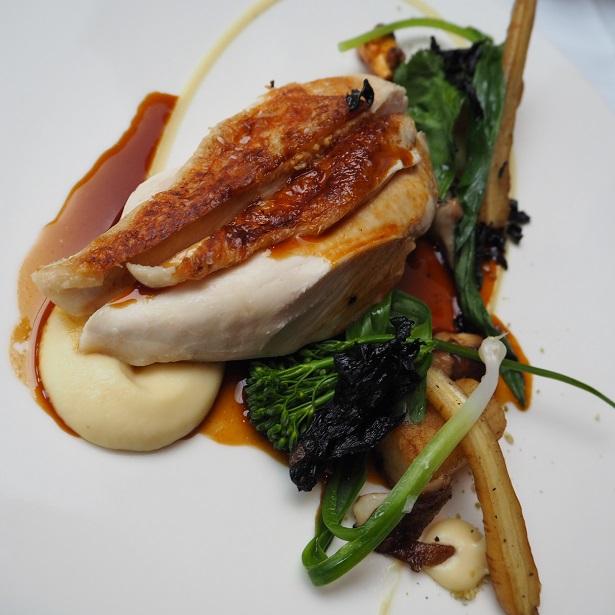 As we still had just a tiny bit of room left in the tank, we both opted for dessert. My work of art dessert was the Praline Sponge + White Chocolate served with chocolate ice cream and edible flowers. The dish was too beautiful to eat but I jumped in with both feet and my spoon at the ready. The sponge was encased with chocolate and it reminded me of a Caramac bar! 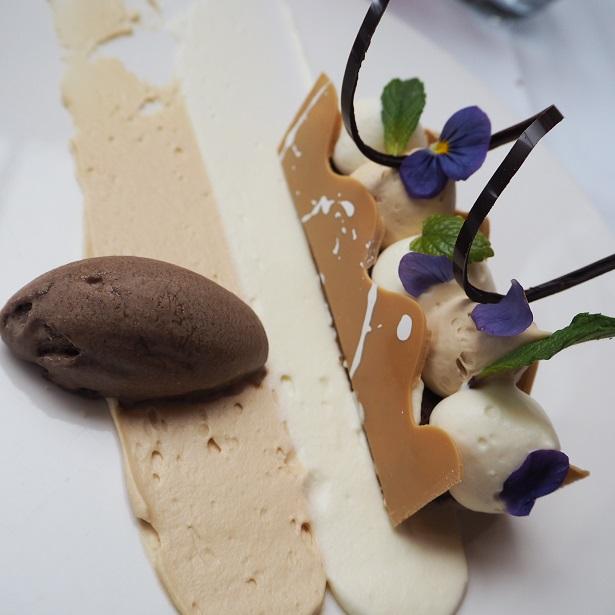 This is where I am a bad bad blogger. Paul only paused long enough to let me snap a quick photo before demolishing his dessert and neither of us can remember what the dish was. It was lemony and had honeycomb, that’s the best he can muster. It doesn’t seem to be on the menu any more but I wanted to show it to you anyway. Dessert envy! 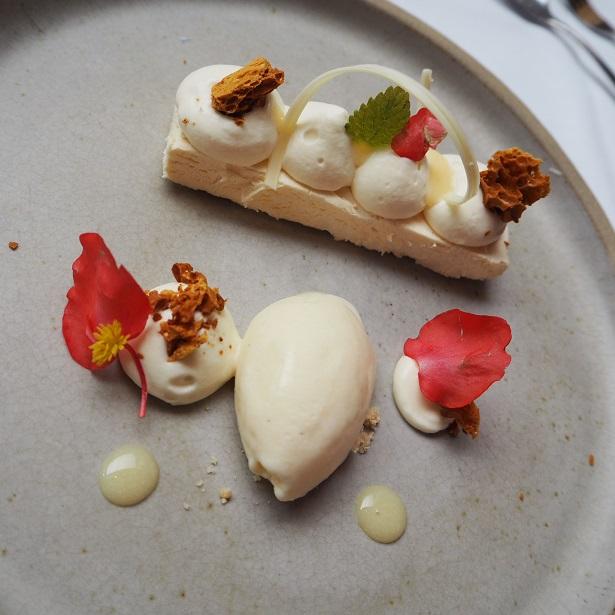 We passed on any wine accompaniments but on hand as ever is the incredibly knowledgable in house Sommelier who is always on hand to make suggestions and talk you through the food pairings. If you have ever been to the lower levels of Jesmond Dene House, next to the function rooms are the wine cellars which show they mean business in the vino department!

With one last drink in the lounge (local ales on tap!) we called it a night and headed home feeling well fed and ever so slightly fancy.

Of course, presentation isn’t everything, but the dishes here are always so beautifully dressed and when combined with the attentive careful service, you really do feel like you are dining somewhere very special indeed, rather than eating a £24 3 course set meal.  That is what I like the most about the new early evening menu. It still feels fancy enough to be special, but not too ostentatious as to bankrupt you!

The menus do change regularly I have my eye on the Mozzarella and Tomato salad that’s currently on offer!