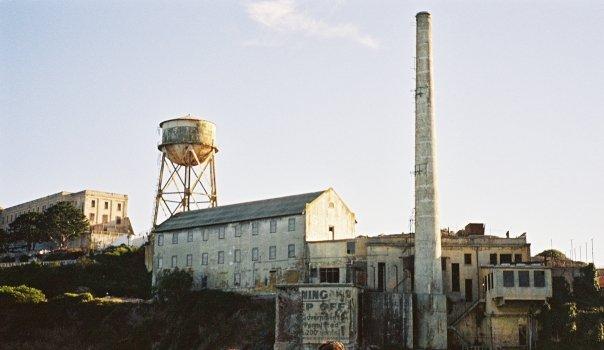 We have visited Alcatraz before and were blown away. The most infamous prison in the world sits within the National Park Service and is ran as a museum and tourist attraction.

The only way to get to The Rock is by boat so I had to put my brave girl pants on and step on board.

Alcatraz started its life as an uninhabited island named after the mass amounts of Pelicans that roosted here until it was turned in to a Military facility in 1850. 100 canons stood proud on the island and it also became the first lighthouse on the west coast of America. Of course, the prison years are what everyone knows Alcatraz for and for almost 30 year, (1934 – 1963) it was known as an impeneterable fortress until its demise. 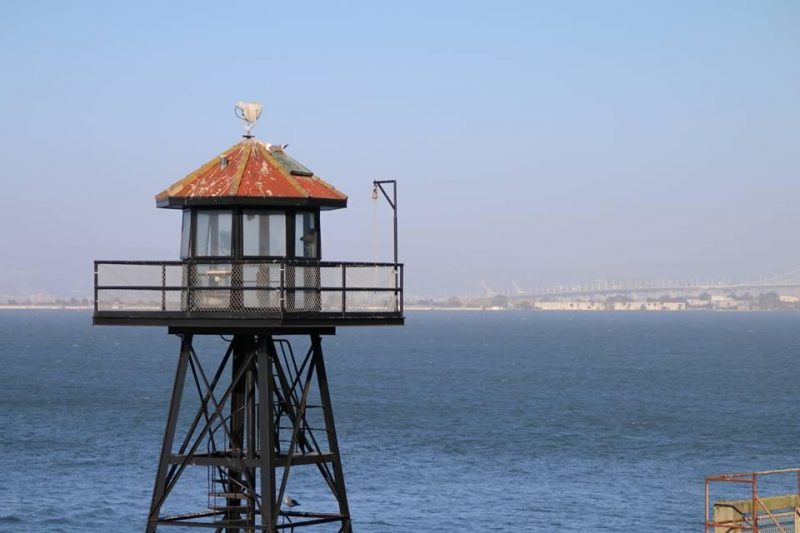 Our last visit was in October and thanks to an early sunset, we were able to watch the sun set between the towers of the Golden Gate Bridge and it is a memory that I will probably take to the grave. It was breath taking. The early darkness really added to the creepiness and mystery of the tour.

As we visited in May this time, the tour was well lit for longer and meant we got a lot of different photos from our last trip. We saw new things and some of our old favourites!

Boarding the boat back in the city, there is an interesting commentary for the approach to The Rock. The water gets rather hairy on the far side as you turn the corner which makes it seem impossible that inmates would have ever tried to swim away!

Once you land, you are split into groups with your own guide before you start on the steep walk up to the cell block. There’s 4 hills + switch backs with stops along the way but if you are less mobile, there is a trolley cart provided. Our guide gave us lots of info on the walk up to the cell block about the people who called Alcatraz home. We pass the old staff residences, the guard tower and the morgue (which is where they hid the explosives in The Rock film!). 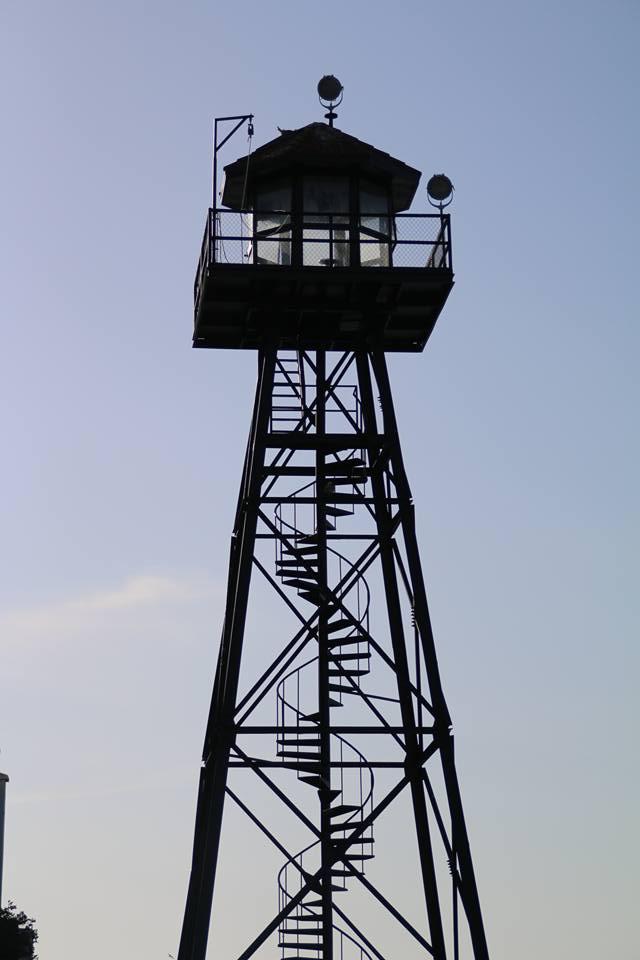 Arrival at the cell block takes you straight in to the shower room. A grim room, you just need to imagine it crowded with other inmates jostling for a shower head. After a quick lap of the room you collect an audio guide and make your way upstairs to Broadway. The start of the tour and the main aisle of the prison cell block. The tour guides you around the cell block and exterior of the prison in a timely fashion. The stories are relayed through the headphones but there are some info boards to read as well as some displays to look at. You get a bottle neck at these and when the tour crosses it’s path for the people at the front and back but it’s fine and accessible. 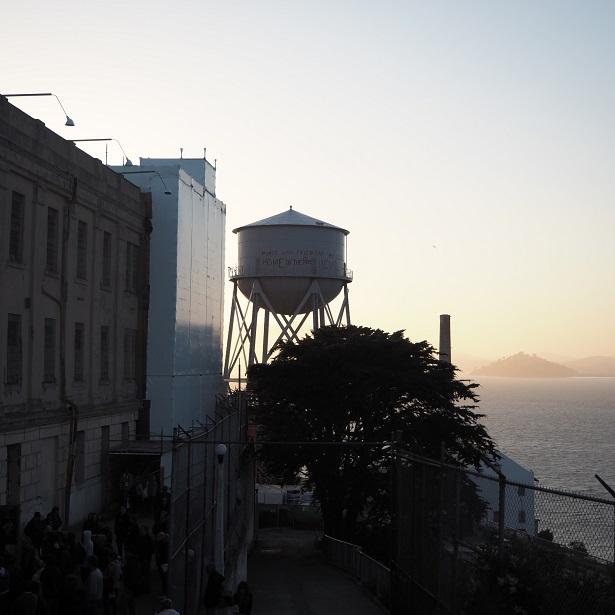 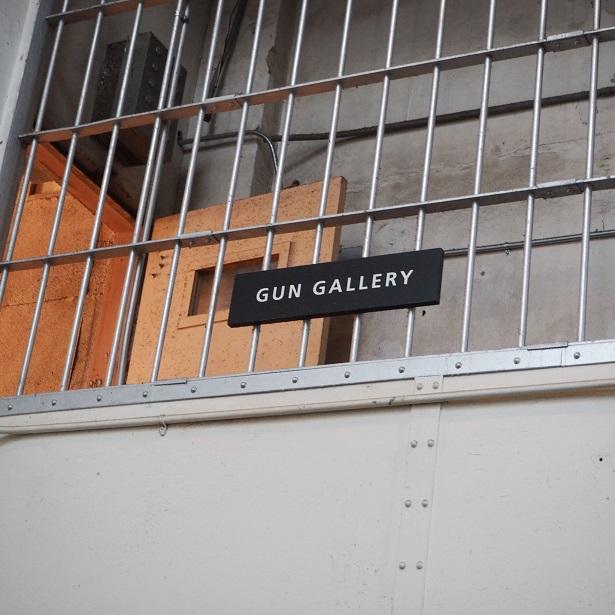 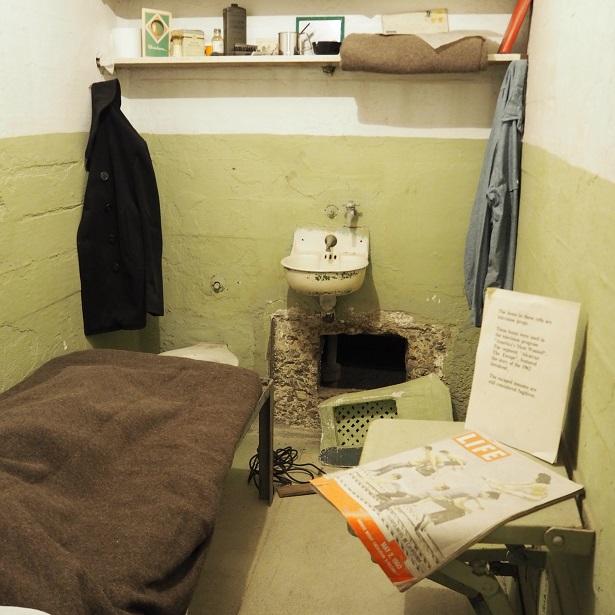 Learning about the famous inmates, escape plots and the action the island has seen is all covered but there are docents dotted around who will answer your questions or explain more about where you are. During the tour there is also a demonstration on how the cell doors open – and of course the obligatory photo of yourself standing behind the cell bars!

We were able to visit the Hospital ward on this visit which was new to us and we loved it. Creepily decrepit, it was really horrible to look at. Horrible in that way that you could just feel the past residents still there. Some atmospheric lighting helped the mood along with the peeling paint and grimy vibe. It felt like you were exploring something that you shouldn’t be seeing – and we loved it! There’s no greater draw in a museum than those closed stairways and locked doors! 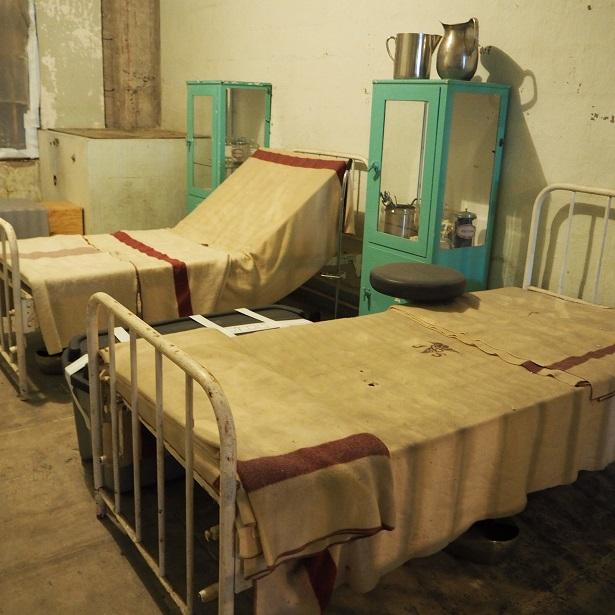 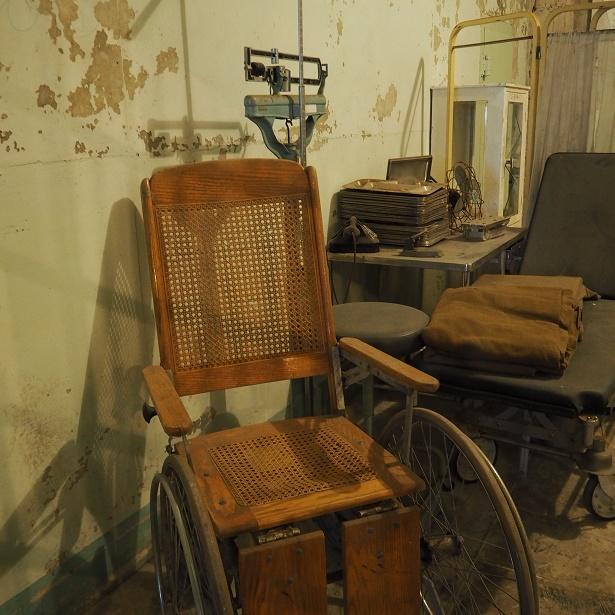 After a quick stop for some beautiful photos of the San Francisco shoreline at dusk, we made our way down to the entrance to the Rec Yard for some sunset photos. Still just as beautiful. 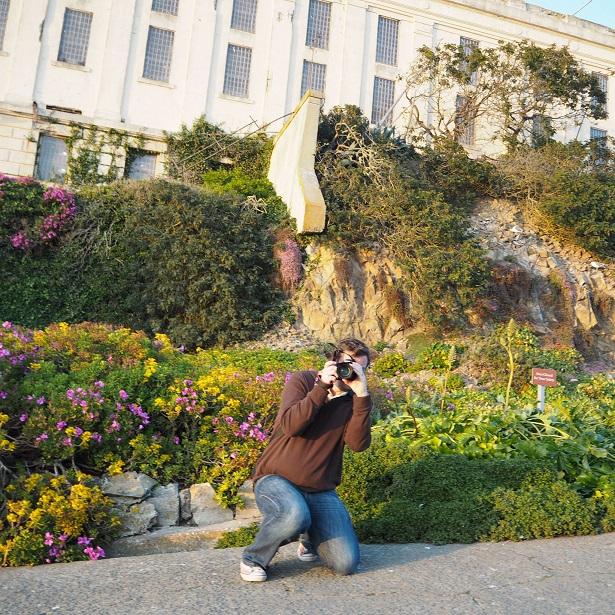 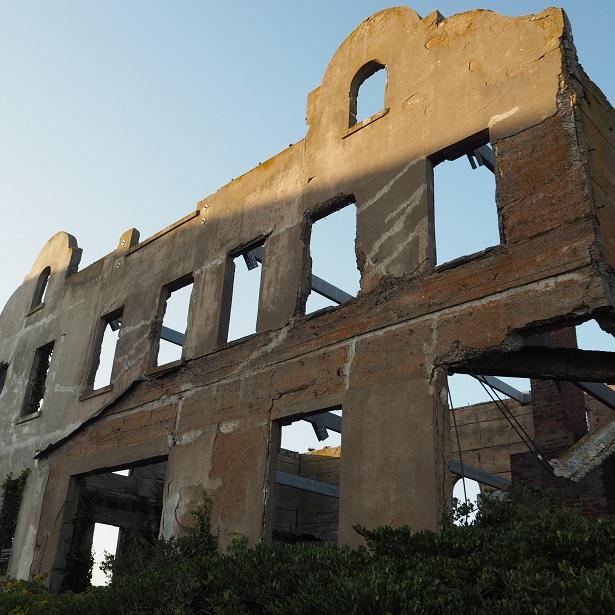 The grounds have been beautifully maintained and planted in certain parts but in others have been left to ruin which is a shame but I think it adds to the appeal. Since our last visit, the Rec Yard is being repaired and maintained and the water tower has been repainted. I thought that was a shame as the photo below is one of my all time favourite photos. Of course we understand why they are doing it and it’s only a good thing. There’s a fine balance between doing it up and making it too fake and then letting more of the property fall in to ruin which would be a crying shame. As darkness falls, we took one last spooky walk around the cell blocks before making our way back down for the boat. It seemed like once the sun had set and the orange glow of the lights burned brighter, the whole island got even more creepier. With one final look back, we set sail for the bright and welcoming lights of the city and once again couldn’t imagine how desperate someone must be to try and swim to shore! If you take a day time tour, you can spend all day on the island and explore at your own pace but the night time tours have limited time due to the times of the last boat. If you are planning on going, I would definitely recommend the 1st of the two night tours as we you get the best of both worlds.