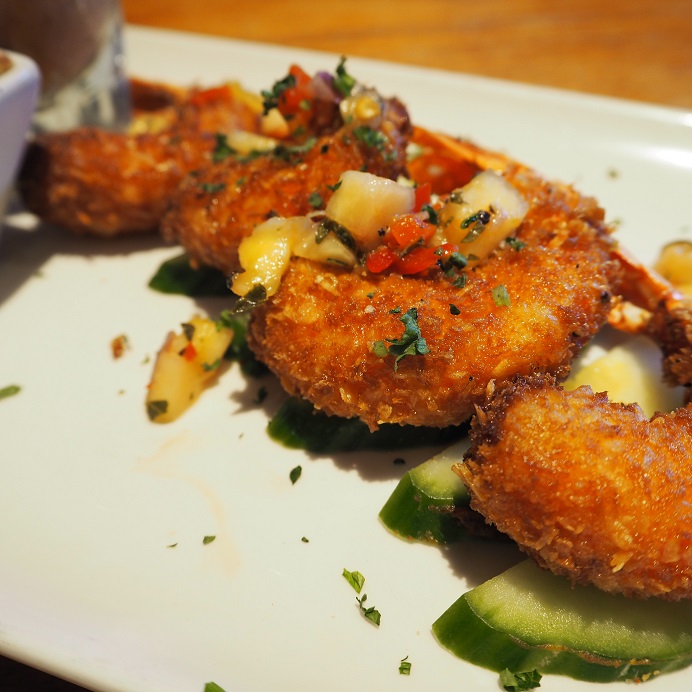 We love Mexican food but it is really one of those cuisines that is woefully under represented in the area. In Durham we have 2 restaurants. 1 independent, 1 chain, 1 better than the other. With that in mind, we took ourselves off to Chiquito to sample what their fresh new menu had on offer.

On a gloriously sunny Saturday we had the rare British dilemma of sitting outside to dine or sitting inside – inside won but for those warmer summer days, there are seats outside on the terrace.

While working our way through the menu at Chiquito, we washed our complimentary popcorn down with a few cocktails. A rarity for me but our server was really spot on making recommendations based on what I liked. The cocktail menu is plentiful so I wouldn’t hesitate coming back just for drinks. There is even a seating area at the bar just for this! 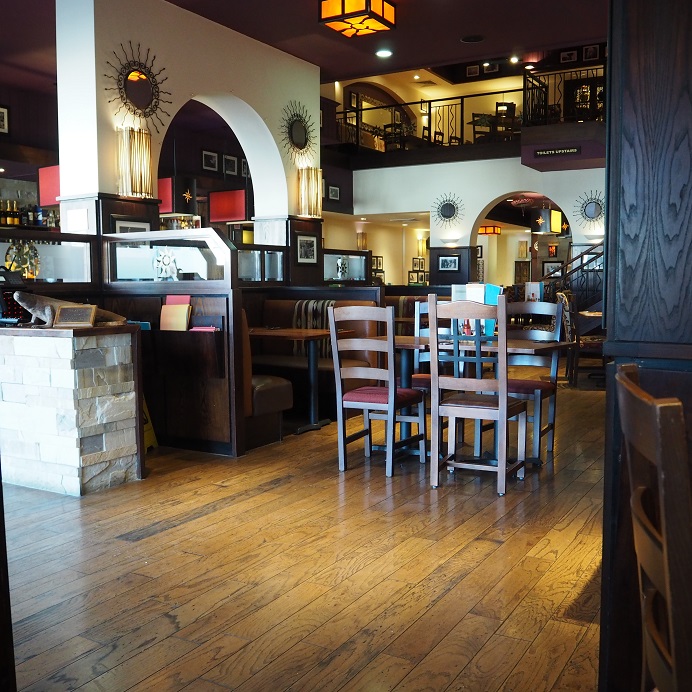 With out starters ordered and comedy photos taken with sombreros and moustaches, it was time to get to business – eating! The Jalapeno Poppers (£5.75) were full of cream cheese and served with a sweet and spicy chilli jelly which worked well against the creaminess of the cheese. Quite a small portion but probably just the right size before Paul tackled the Burrito he ordered for main course. 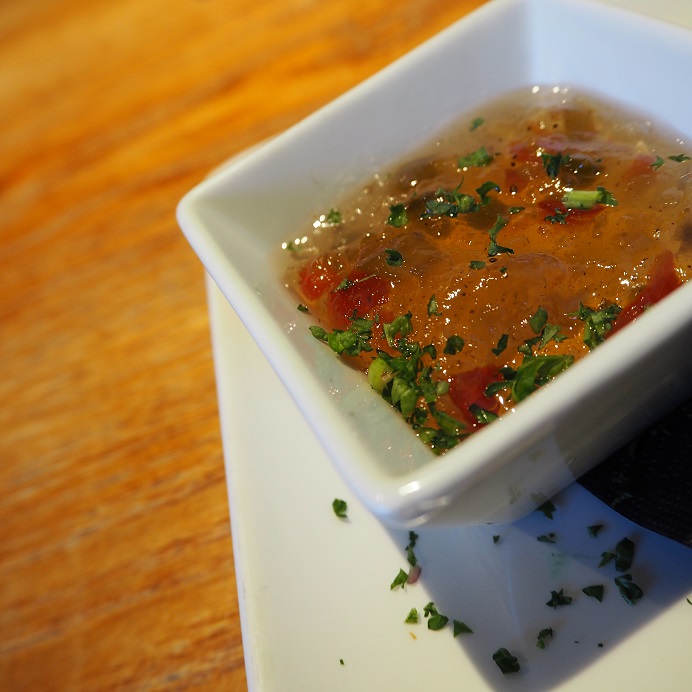 My Pina Colado Prawns (£6.95) were absolutely delicious! The coconut crumb was strongly flavoured but not overpowering. The coconut paired well with the pineapple salsa which had a very healthy kick of chilli to it. A good starter and the tortilla triangles were perfect for scooping up the left over salsa and hot sauce! With the sun shining and the cocktails flowing, it felt like I was eating a summer holiday on a plate. 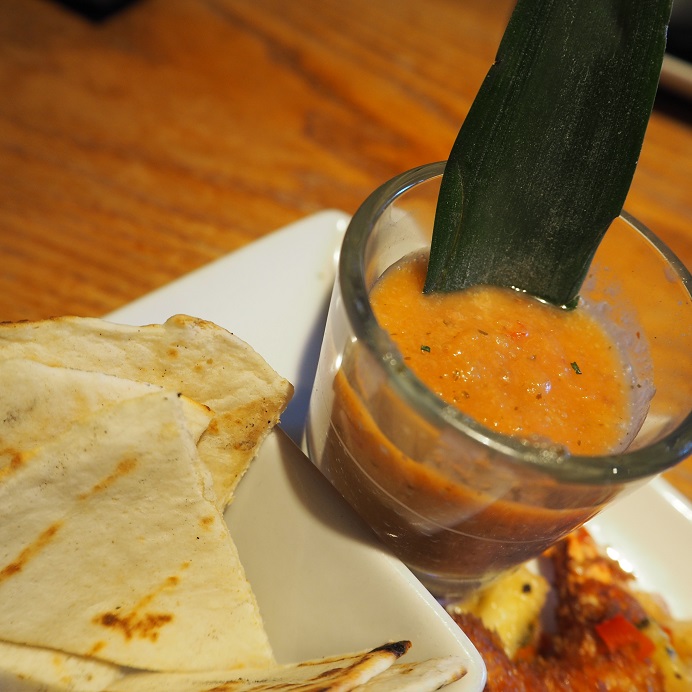 Packed in to a tin foil roll of tastiness, the whopping Chiquito ‘Street Style’ Burrito (£11.25) comes stuffed with all the usual treats and trimmings. Beef chilli, spiced rice, lettuce, refriend beans, mozzerella and jalapeno cheese sauce. The burrito is the perfect size to pick up and eat with your hands which is always a bonus. The foil keeps things tidy so you don’t need to worry about date night disasters down your crisp white shirt! The salsa, guacomole and sour cream are served on the side with tortilla chips to nibble on. 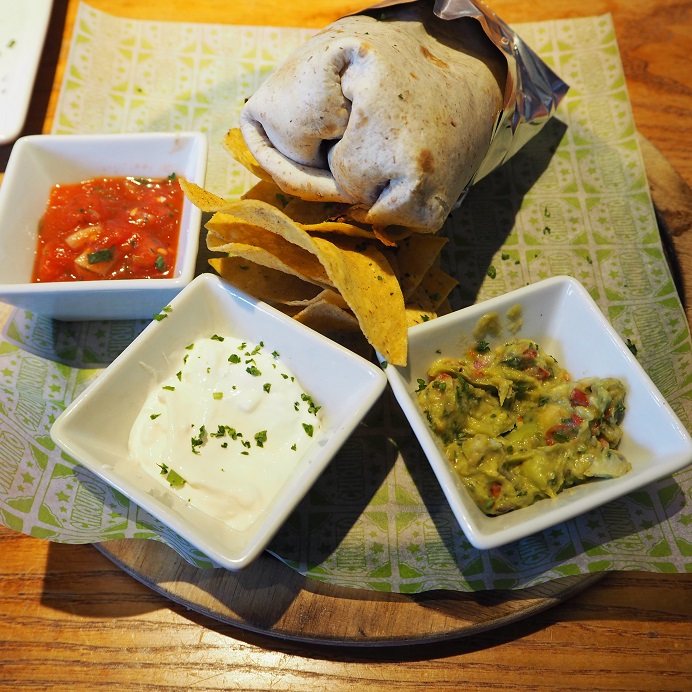 Carrying on a definite coconut theme, I chose the Spiced Coconut Chicken (£14.75) I have raved about this dish since I had it! Chunks of chicken were swimming in a fiery spicy coconut sauce along with spiced rice, tortilla puffs and whipped feta + honey in place of sour cream. The sauce was packed full of ginger which brought the fire as well as a healthy kick of heat from chillies. You should know me by now, I added extra hot sauce but the dish was delicious. The coconut was present and sweet but not at all sickly. I thought the rice to sauce ratio was out of kilter but that was nothing that couldn’t be fixed by tipping the rice in to the bowl and digging in at the end with a spoon! The whipped feta was a nice additional touch, I was certainly pleased as I loved whipped feta – yum! 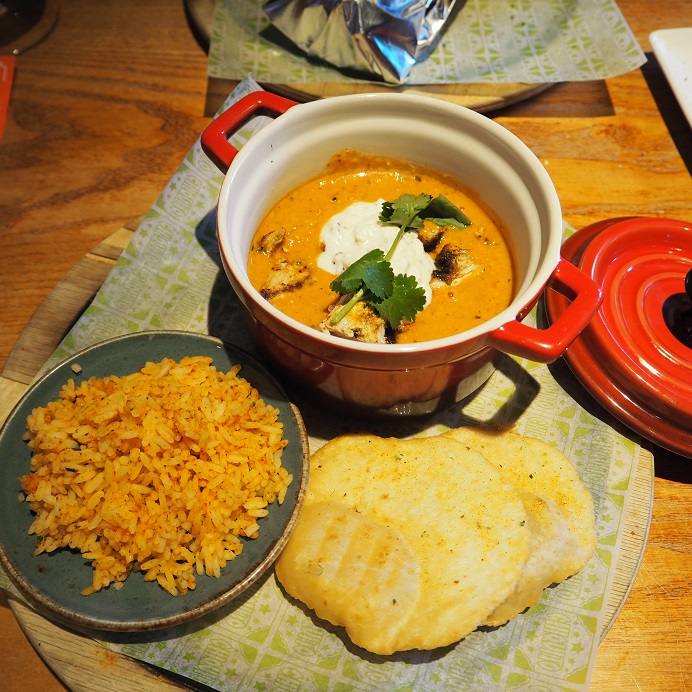 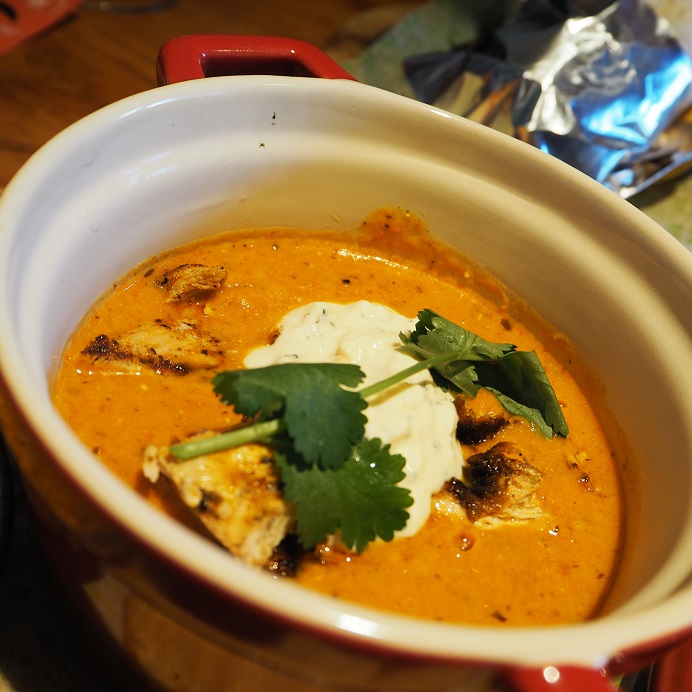 With yet more Chiquito cocktails ordered there was only one dessert I could think about – Chilli Pineapple Thins (£3.95). Thinly sliced pineapple is covered liberally with cinnamon and chilli and then baked in the oven. Served with berries and ice cream, this is my favourite dessert of all time I think. Anything that mixed pineapple and cinnamon is fine by me – add chilli and I would marry the dish if I could. The chilli gives a nice little spike to the warmth that the cinnamon brings. It is a very sweet dessert so you don’t need to worry if you aren’t a fan of chilli! 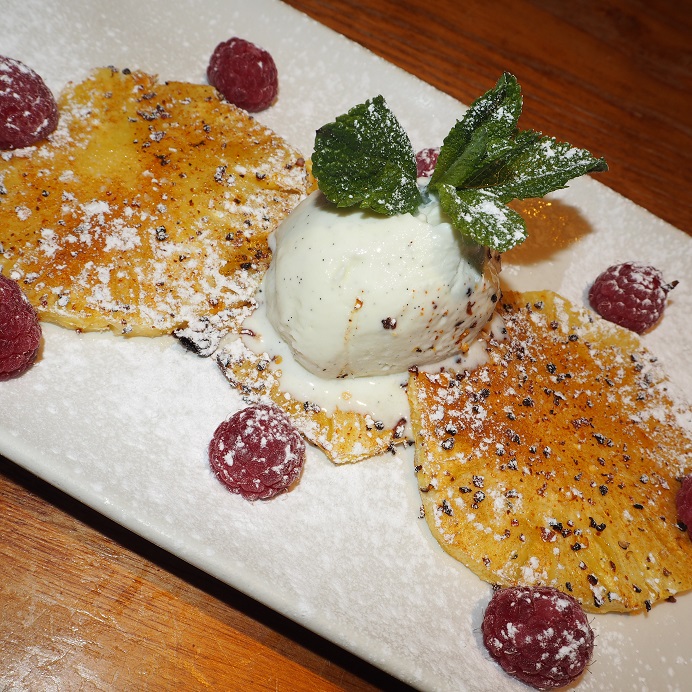 Whilst some people turn their nose up at chains in favour of independents, I am a firm believer that chain restaurants have their time and place on the high street and when faced with the debate of quality, I’d always opt for the chain if it was superior! No doubt about it. 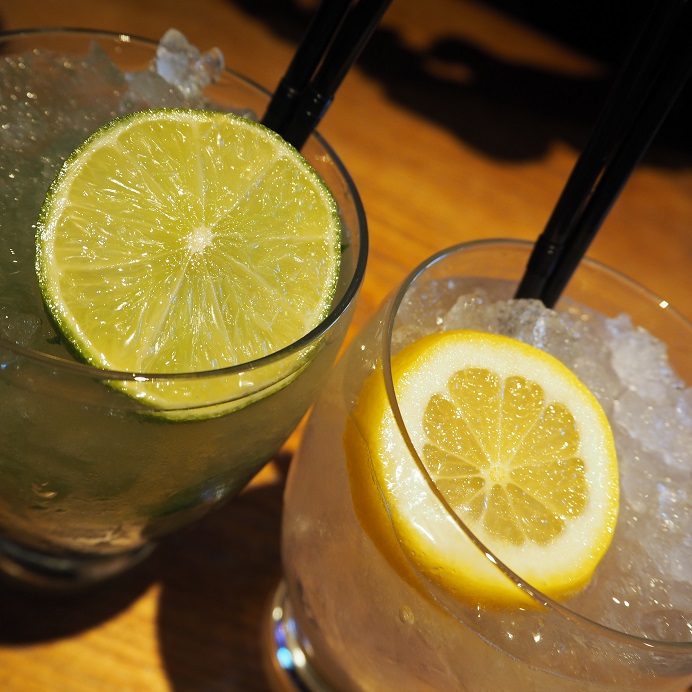