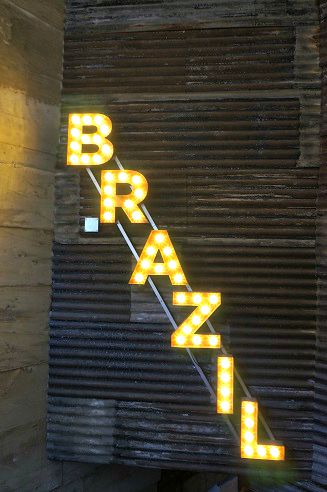 Bringing a little bit of South American sparkle to the Newcastle dining scene, Viva Brazil has burst forth in a haze of samba music and sequinned leotards with it’s new churrascaria restaurant! 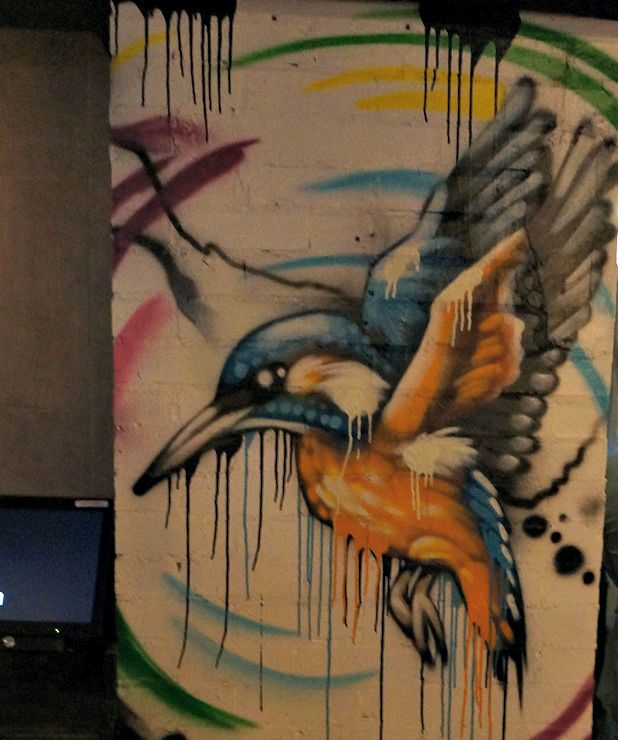 In their new basement dining room on Grey Street, the small Viva Brazil chain has encapsulated elements of Brazil with their street art wall décor as well as their choice of drinks, to keep things authentic. And that is before we even get to the food. 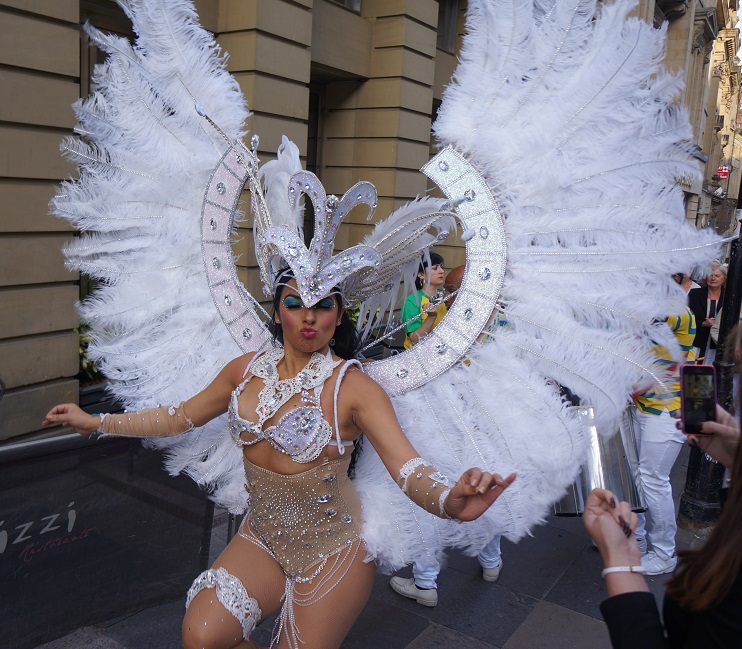 With plenty of dining tables to share, we attended their bold & colourful launch evening to sample tasty morsels of Brazilian food as well as the main attraction – the churrascaria. With 15 barbecue  dishes on offer as well as abundant fresh salad and hot food station, lunch time deals and a fresh seafood option, there is bound to be something for everyone. 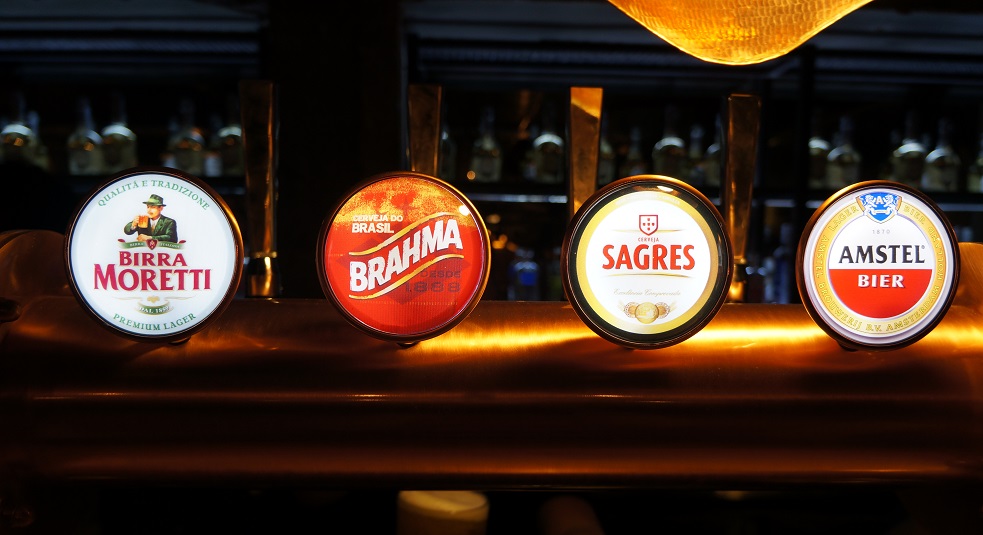 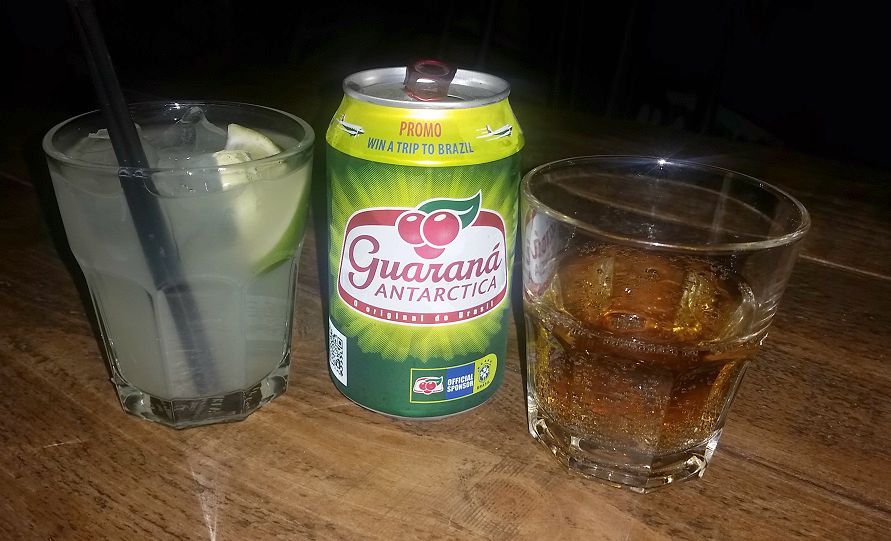 Being treated to an array of traditional canapes, which whilst being very tasty and an interesting reflection on the cuisine of the country, it didn’t really portray the experience we would have as customers as they do not feature on the menu. Thankfully there was a chance to begin tasting the meat and fruit dishes on offer. 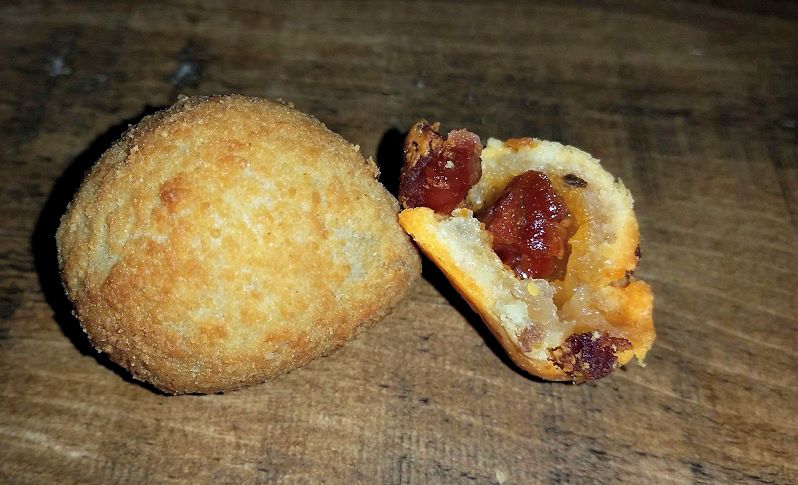 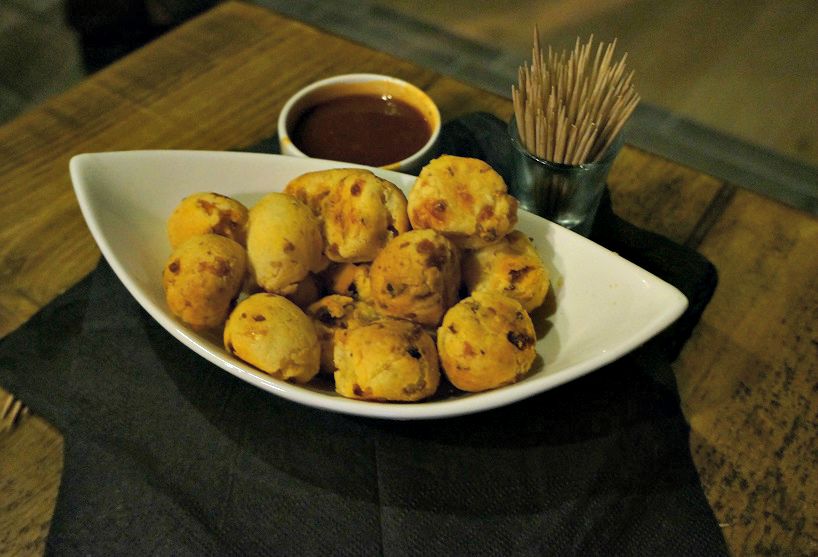 All the meats remained juicy and tender through the cooking process with the added flavours being subtle but present. The parmesan pork (Pescoco de Porc0) had a delicious crust which complemented the succulent meat, the smoked gammon (Presunto Defumado ) retained its smokey taste and the garlic rump (Picanha com Alho) was outstanding. For the brave amongst us we were also served chicken hearts (Corasa de Frango). The highlight for me was the garlic rump and the sticky caramalised pineapple with cinnamon (Abacaxi). 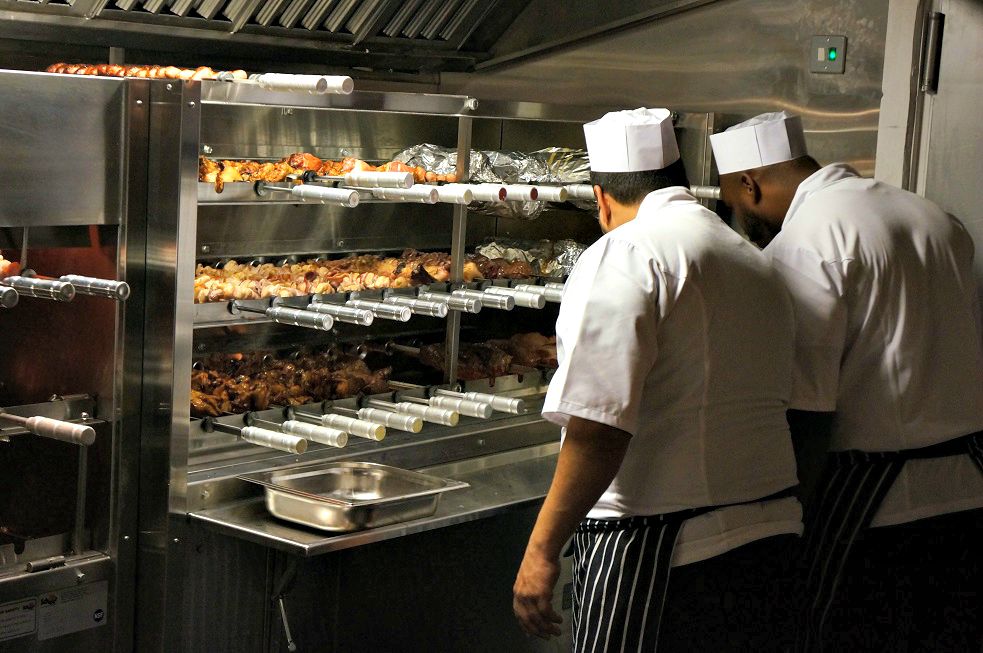 Unlike it’s predecessor, Escobar’s, I felt the calibre of the meat and the cooking process was more prevalent with less focus on the gluttonous side of all you can eat. People will go just for the quantity, we all know that, but being served quality food is a rarity!

With it’s ultra cool industrial styling, USB charging points next to tables, colourful graffitti and decorative crucifixes dotted around, Viva Brazil is a welcome addition and a must – visit location for foodies and hungry souls alike.