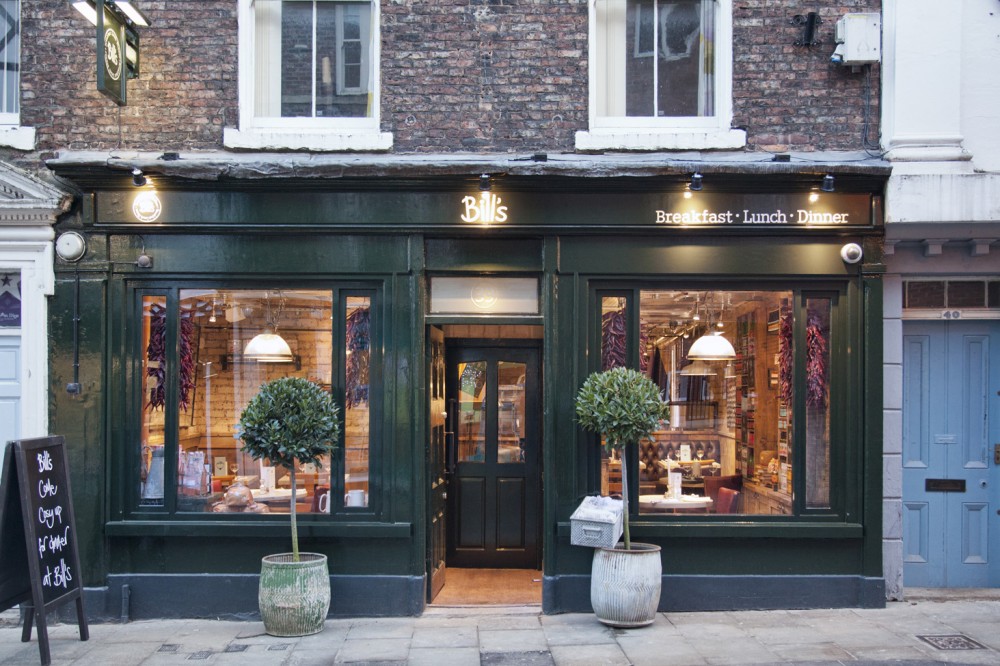 Last week, we headed on down to Bill’s, a brand new opening in Durham.

The newest resident on the Saddler Street foodie strip has a prime double fronted location on the street which attracts huge footfall from both residents and visitors alike. This is the first location for the chain in the North East and it is exactly what Durham needs as the food buzz is starting to take off.

On entering the venue, we were escorted through a vast property to a dining room at the back with views over the Elvet Bridge. The space at the back would make a great private dining room for functions! All stripped wood, bare walls and exposed ducting, the décor blends well with the existing architecture of the building providing endless charm. 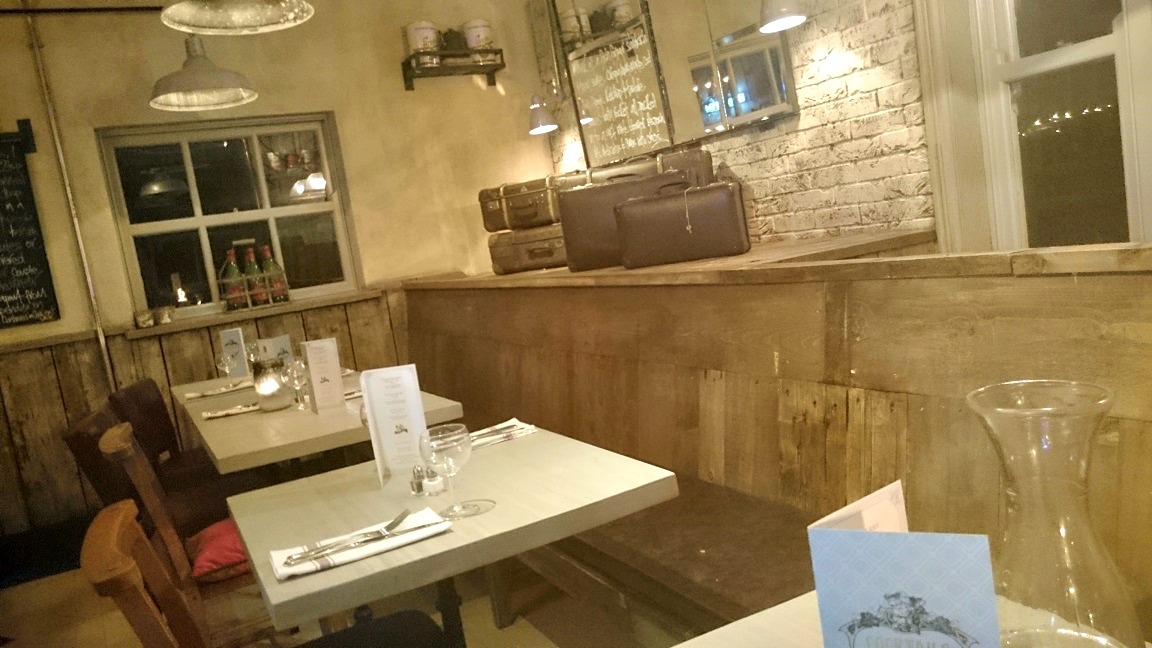 We had tried to be clever and scope out the menu before arriving but due to a newly revised menu for January we were treated the surprise appearance of new dishes. Both of which we picked as mains.

Our server was so incredibly helpful and forward thinking, she was very proactive at recommending courses and accompanying drinks and telling us her favourite dishes. We both loved this as you could tell she genuinely enjoyed the dishes rather than just reading out ingredients, making her recommendations on our own tastes and her own. A rare pleasure as a diner.

With my Hedgerow Fizz cocktail in hand, I chose the Crispy Lemon Squid (£5.95) for starter. Perfectly cooked, the squid was delicious and tender. The accompanying dip was light and fresh with the very slightest taste of lemon which complimented the crisply fried coating. I would have liked to have seen it served with a lemon so I could have cranked up the strong citrus flavour. A generous portion that would be perfect as a sharing snack over drinks! 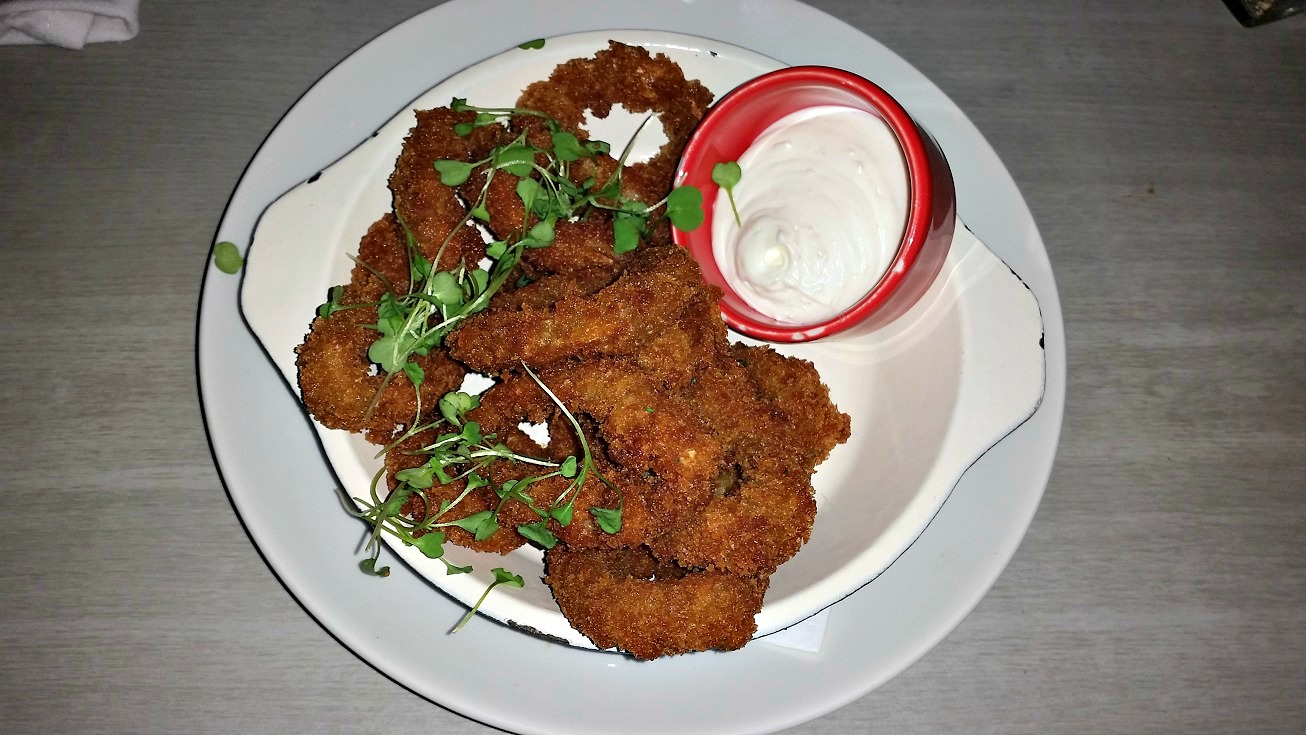 Paul chose the Creamy Cauliflower Soup (£4.95) served with a cheese twist. Never have either of us tasted such a creamy, rich, velvety soup. The cauliflower flavour was there as expected and not drowned out by other ingredients which is quite often the case. Simply put, the most thick luxurious soup you will ever have the pleasure to eat. The cheese twist was a unique alternative to a bread roll and enhanced the flavour even more so. 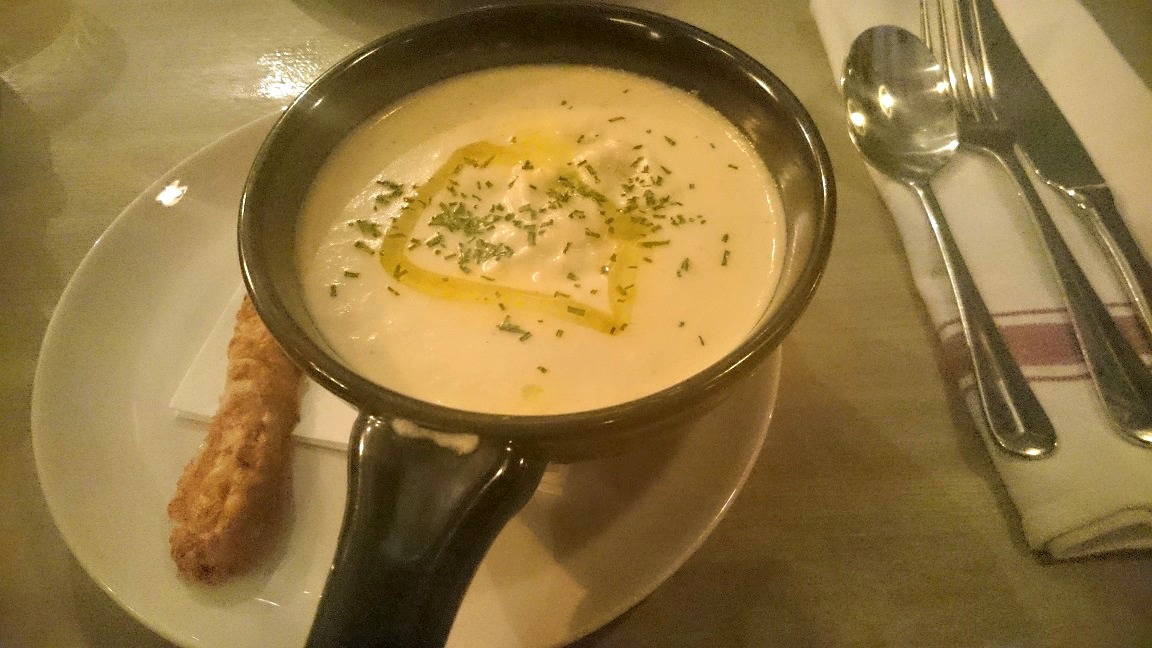 With our servers recommendation, I chose the Bill’s Beer-battered Cod (£11.95). Covered in their own in-house beer batter, a large portion of fish was dished up with skin on fries, minted mushy peas and fresh tartare sauce. 2 juicy pickled onions finished the dish. For a ‘traditional’ dish, it was presented beautifully and the combination managed to avoid being stodgy. The minted peas and light fresh tartare really lifted the meal. A very generous portion and Paul kindly helped me out on some of the fries and a bit of fish. I was stuffed! 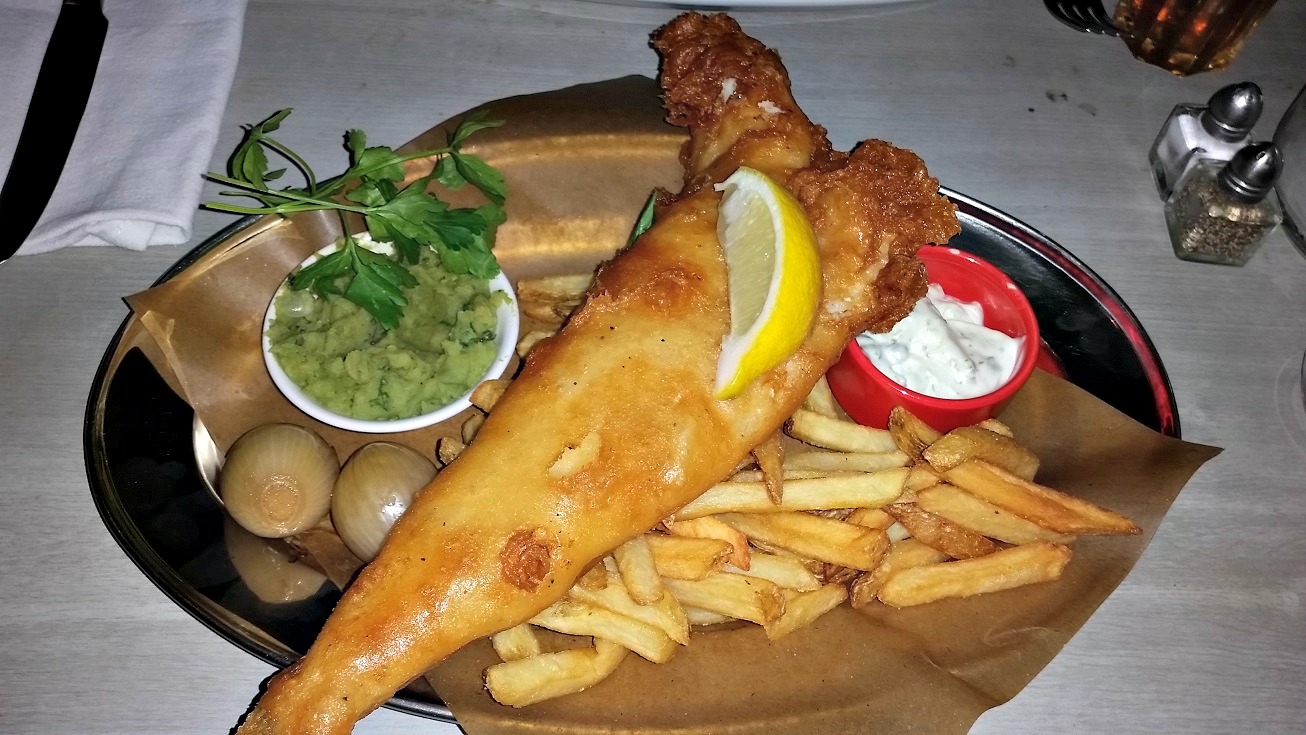 Again, on recommendation Paul chose the English Lamb Rump & Shepherds Pie (£15.95). I could see from his face when the dish was put down he was a little disappointed by the size of it and wished he had ordered a side of potatoes or fries but in fact as he got half way through, he was pleasantly surprised at how filling it was. The lamb was served medium rare which is his preference and was delicious. The star of the dish was the shephards pie. It was so moreish and perfectly executed he would like to see it on the menu as a full size dish. 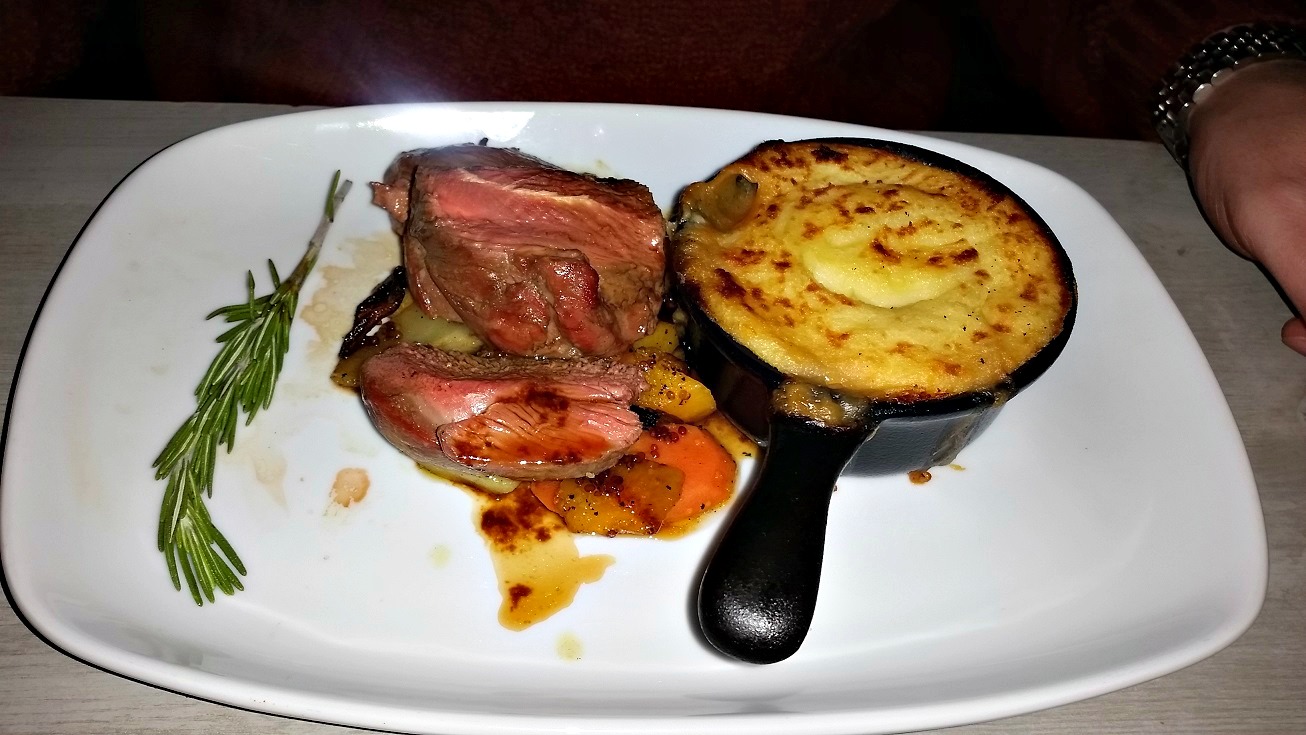 After a breather, we moved on to pudding. For me there was only 1 choice. The Warm Pecan Pie (£5.50). So gooey and comforting, I could have eaten it all over again when I finished. Absolutely loved it and I urge you all to go just to try this alone!

Paul opted for the Bill’s Cheese Board (£6.95) and a glass of Warre’s Heritage Port (£3.50). Sadly the port was unavailable but the manager came to recommend a Malbec that would sit very well with the cheese selection so he went with that. Again, the suggestion was such a genuine one it was hard to say no. It was spot on though, the massive cheese board went exceptionally well with the wine. Alongside the cheese was a chutney that hit the right balance of sweet and sharp and great big sliced of a malted nut and fruit loaf – YUM. The star of the plate was the ‘wrekin’ blue cheese. 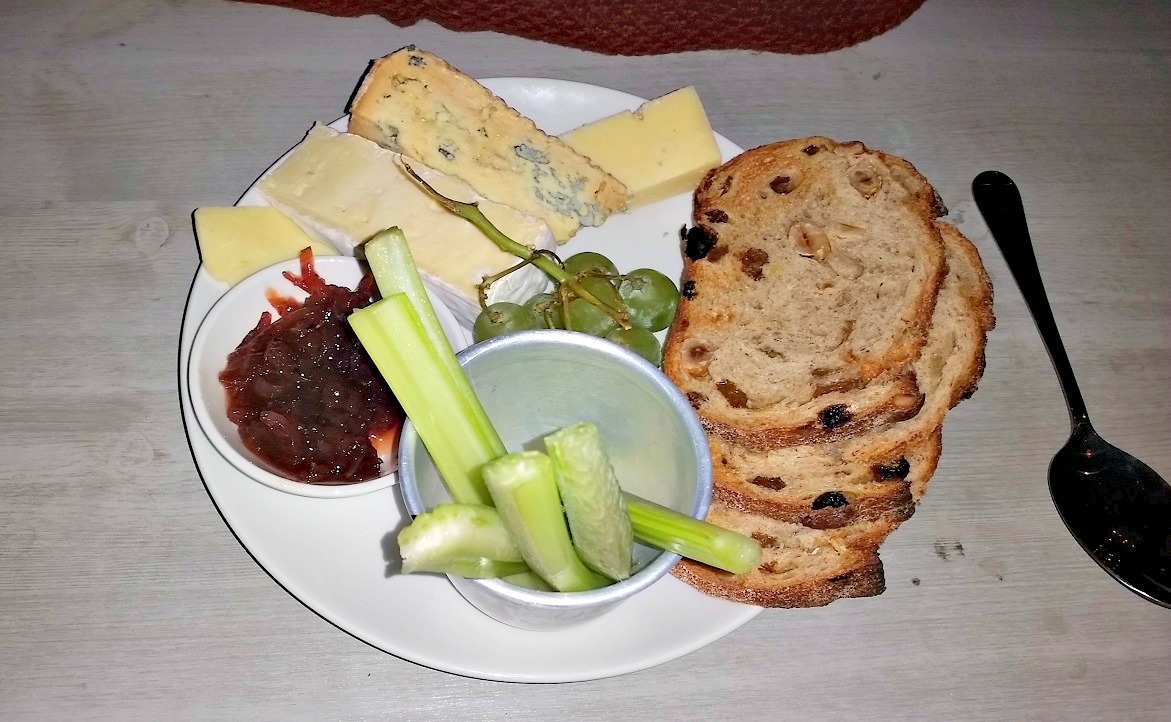 Throughout the meal the service was never rushed and always attentive.

My only complaint about the whole evening was the fact I could only have 1 Hedgerow Fizz as I was driving! A sweet mix of champagne and elderflower cordial, the drink just slid down like pop. Rookie mistake on my part!