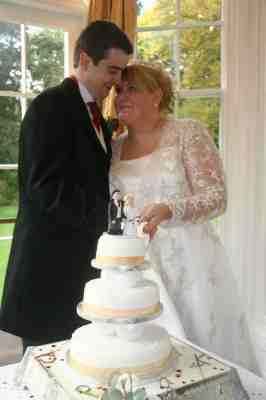 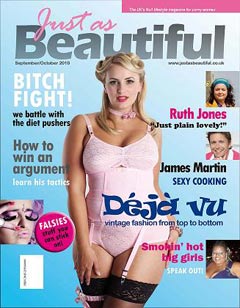 Now I’m not normally one, despite being “plus size” myself, to buy in to the hype of size 0 vs 14+ but I have heard about a new magazine focusing solely on curvy ladies, even down to the adverts inside only featuring lovely curvy ladies.

I’m liking the press snippets so far as it seems all the ladies have a retro, 50s ish feel to them which I just love! Curvy AND retro ladies… *swoon*

Seems there has been hell on over this new mag if you take the Daily Mail’s article comments as it promotes obesity and validates an unhealthy lifestyle. Well I think that’s tosh. Being Rubenesque doesn’t mean you live on a diet of liquid pies! No doubt it’s the bigotted elitist folk who think the size 0 culture is fine but anything bigger… you might as well stay in the house and not dare leave.

I think it’s important to, hmm, maybe not encourage people to continue in an unhealthy lifestyle but important to show them that everyone should embrace their looks, size, ethnicity etc. Nowt worst than flicking through Glamour magazine and realising none of the outfits will fit anyone with the breasts of an adult and not a pre pubescent boy. It’s great for giving women exposure to new things and showing them there *IS* alternatives to the crappy shite clothes and features that most magazines think us ‘fat lasses’ want to see !!!

The magazine is called Just as beautiful and I will be buying it just to check it out for interest. If the magazine is rubbish I can always pass it on to my mate..”Retro Boy” he seems to have a pretty strong penchant for curvy ladies !!! I’m sure Radio Man will enjoy the gratuitous boob-age too!
Trampy
xx