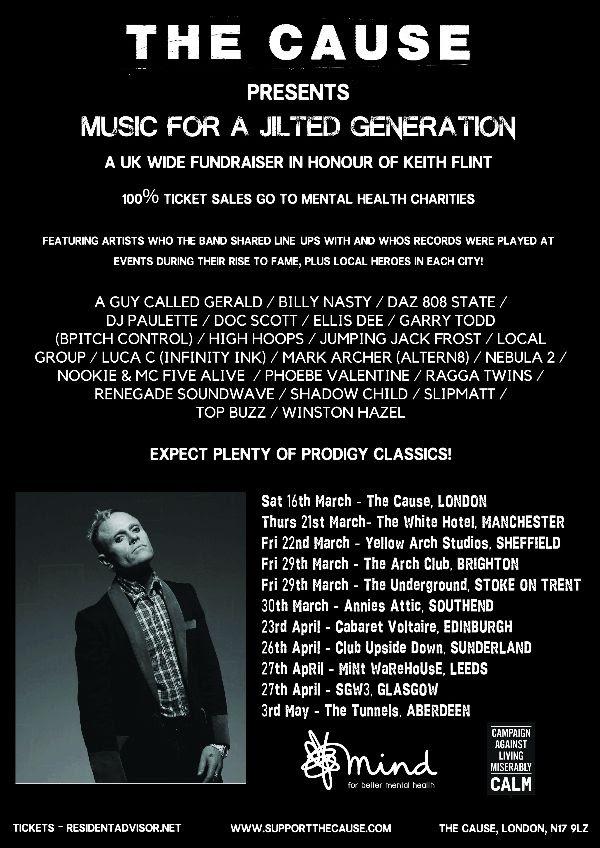 The tour, curated in collaboration with NLA Artists, will be a UK-wide celebration of the music Keith and The Prodigy inspired. Local heroes will play alongside those who the band shared line-ups with and whose records were played at events during their rise to fame. All artists performing throughout the tour will perform 100% for free.

With £5500 already raised and on track to double that from their London shows this Saturday, The Cause have partnered with venues and local collectives in Manchester, Sheffield, Brighton, Southampton, Leeds, Edinburgh, Sunderland, Glasgow, Southend, with many other cities in the pipeline. Their aim is to raise maximum awareness and funds for mental health charities.