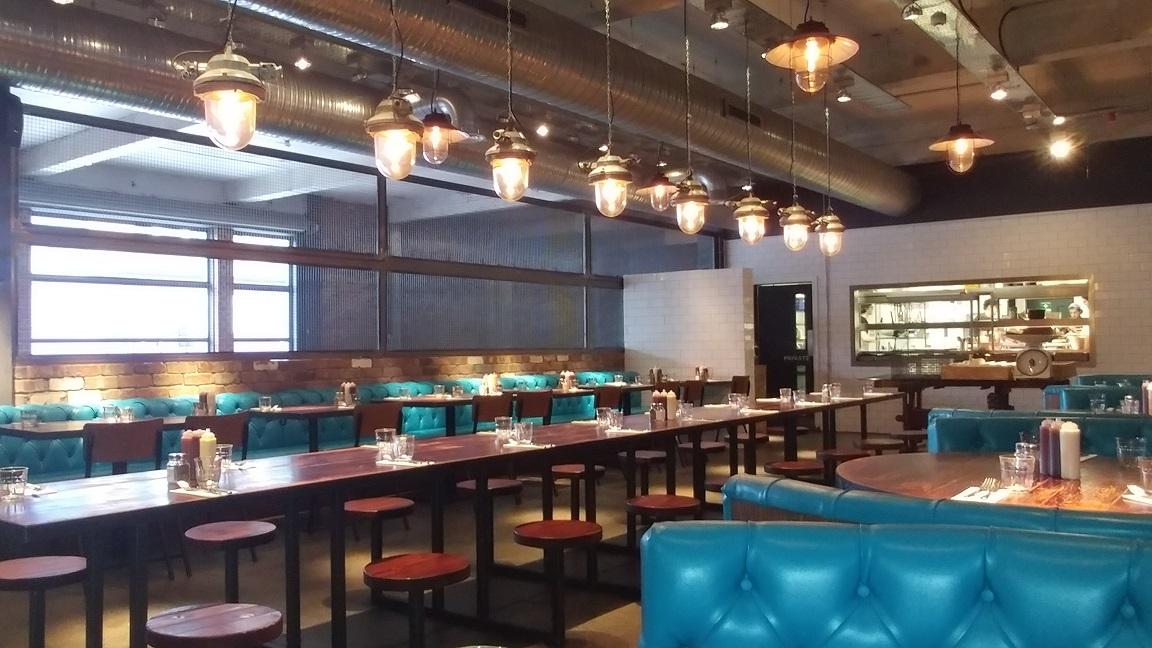 Ever late to the party, we finally visited Lane 7 for a date day filled with food, beer and some man vs wife competition.

Slap bang on the St James Boulevard, one of the busiests roads in the city centre, we were pleased we visited at long last.

As we arrived before the restaurant opens at 12, we indulged in a spot of boutique bowling and despite having inch long nails, I still managed to whoop Paul’s ass in the bowling. He vowed he’d never come back to Lane 7 ever again as it was clearly rigged…….oh how he changed his tune.

As all the activities Lane 7 offer are under 1 roof, it was easy for us to set up a tab to cover the days purchases. It was a god send actually instead of paying multiple times for drinks etc. Of course we did get a shock when we racked up a £70 bill in a few hours but it was worth it! 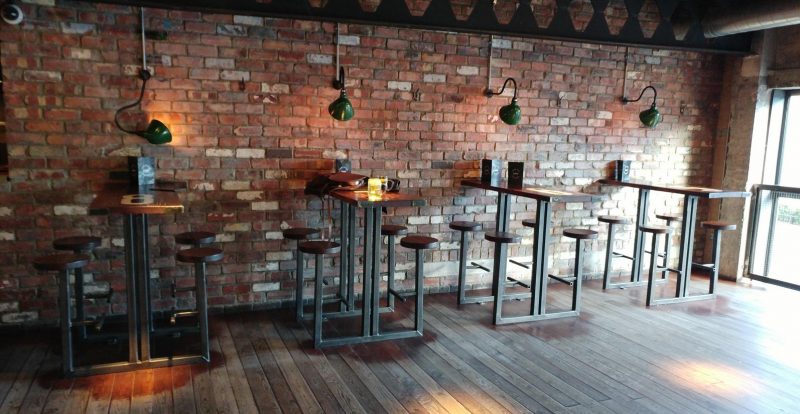 With a great selection of beers, hard shakes and the Paul’s favourites – Boilermakers, we headed for the restaurant to check out the scran. The staff were really great and switching out the Bourbon in the hard shake I wanted and serving it on the side (for the Mr). Doesn’t sound like a big deal but a lot of places will quite often refuse to make a drink alcohol free and if they do, they’ll still charge you full whack. For shame! 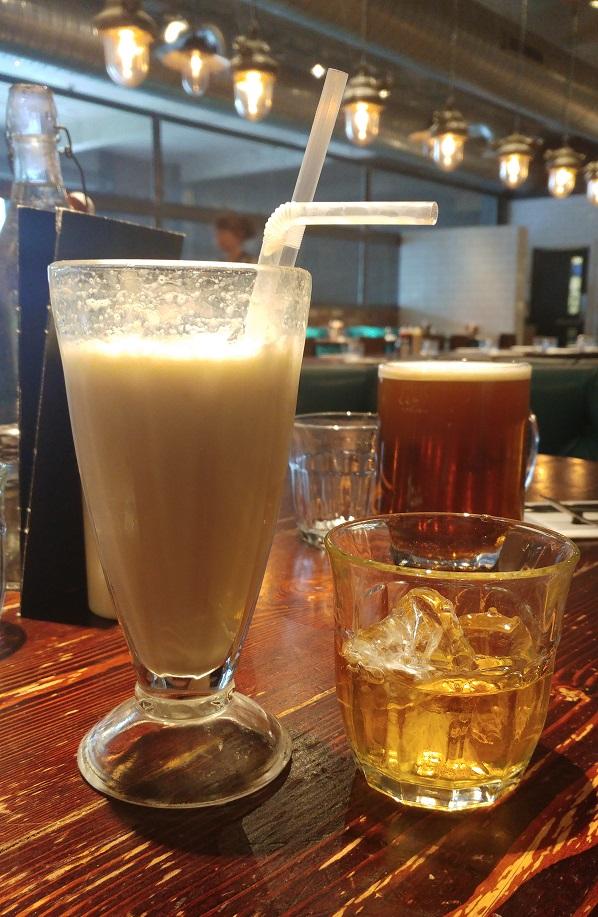 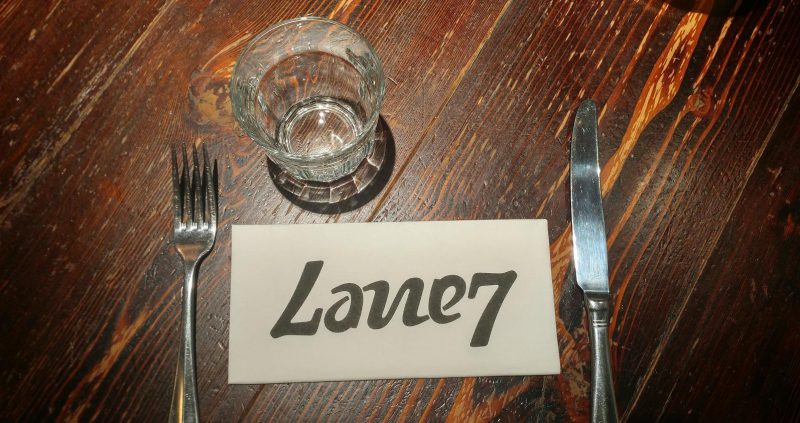 As I was the bowling supreme, I got to pick the starters that we shared. The Popcorn Squid (£5) came topped with fiery pico de gallo and a garlic mayo on the side to dip. The batter had a generous hit of salt + pepper which added a kick which suited the tender squid and crisp fresh topping. 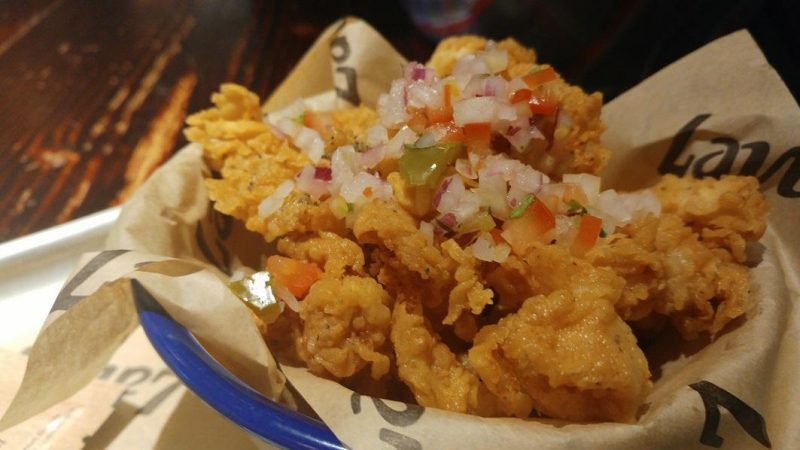 The Mr preferred the Mac + Cheese Bites (£5) which came with a sriracha dipping sauce. The gooey cheesey filling was sublime and most definitely didnt need the accompaniment of the hot sauce – a bold statement as you KNOW we love hot sauce! 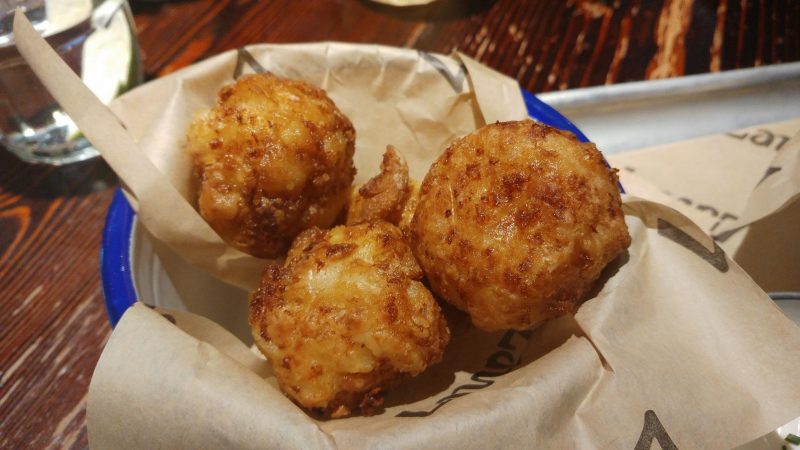 Sharing the 2 starters was more than enough and left us a bit stuffed. If we came back, we’d love to order a few more starters and munch them over a game of bowling as they were filling enough to sub a meal.

Onwards though to the mains, as a self declared spice boss, Paul ordered the Nacho Libre Burger (£12) which came packed full of beef chilli, jalapenos, smoked cheese, guacamole and home made nachos. It was definitely a spicy bad boy but it hit the spot without being needlessly big or sloppy. A good burger, done well and served to the right size. Winner all round says he. 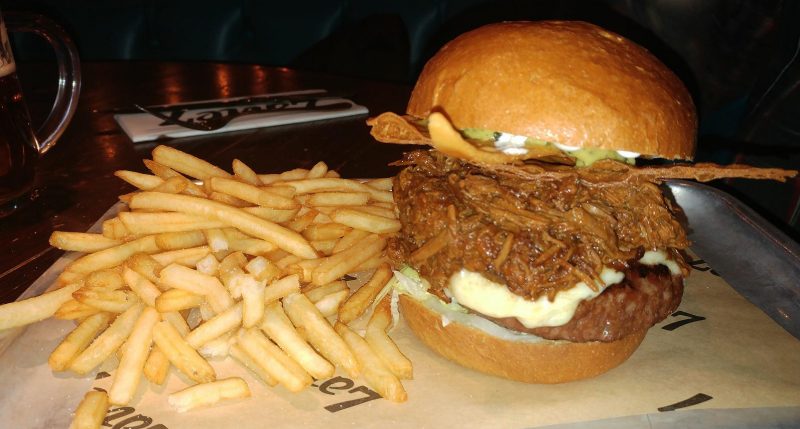 Foolishly thinking I’d go for something smaller, I opeted for the Cuban Press (£11). Peppered Pork loin was topped with smoked ham, smoked cheese and sliced pickles before being pressed and melted. Served with chips this was so filling, I actually left half of my sandwich and took it home for supper. Which the staff kindly obliged! The pork loin was thick but not overbearing in the sandwich and the dijon mustard gave a bit of heat to the gooey melted cheese. An impressive version of the sandwiches we have feasted on in both Cuba and America. 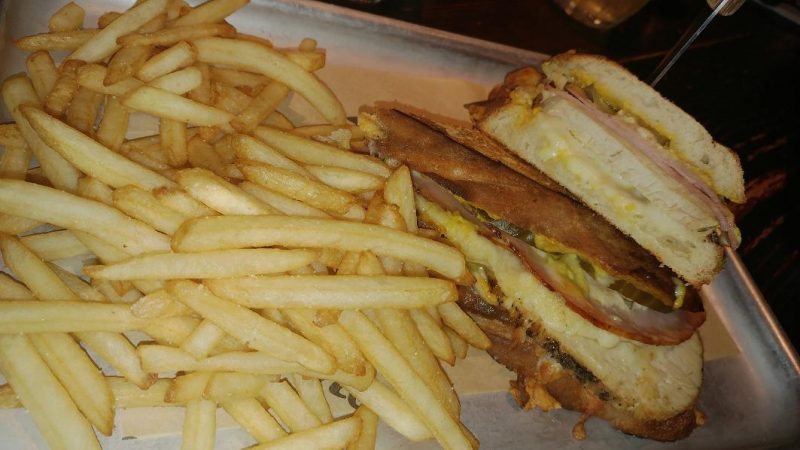 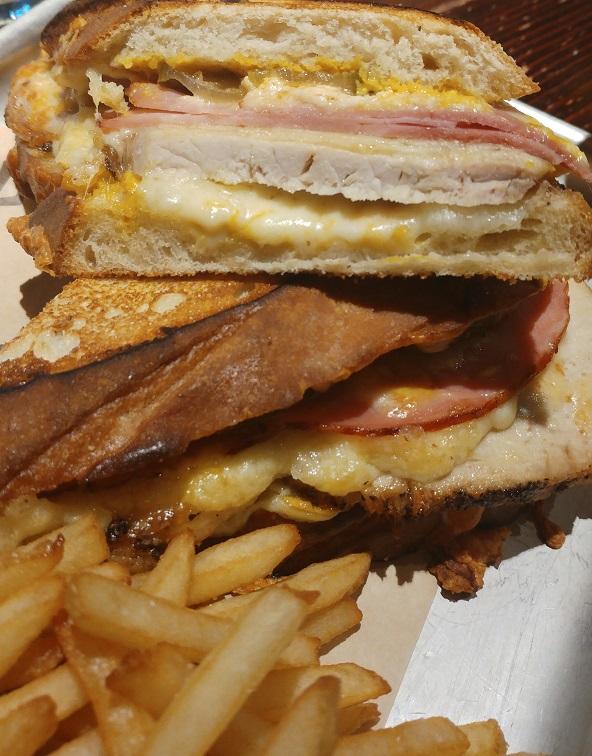 Thoroughly impressed with the food, we headed down for a game of golf which I lost terribly so after a few more beers, some bourbon and incredibly delicious food, Paul declared that we were allowed to come back.

It’s funny what beer and winning a game of putt-putt can do to a man’s psyche isn’t it!
