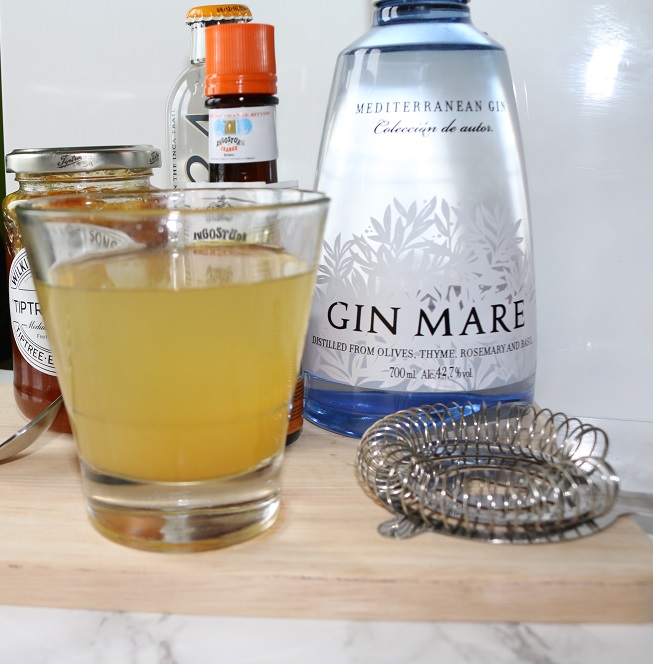 When the kind people at Celebrity Cruises got in touch with me and asked me if I fancied taking part in their #atasteoftravel campaign I jumped at the chance.

I was tasked with whipping up a signature cocktail that captured the essence of Barcelona.

Partnering with Waitrose, I received a mystery hamper chock full of goodies to make a Triple Orange Mare. A gin based cocktail using Gin Mare – A spanish gin.

Gin Mare (pronounced ma-ray) is distilled in an ancient Monks retreat with local botanicals from source in a small coastal village called Vilanova. What sets Gin Mare apart from it’s counterparts is the inclusion of Basil, Rosemary, Thyme and Olives.

World over, gin is a hot tipple right now with a growing market in Catalonia. Vilanova is just a small hop skip and a jump away from Barcelona which is a main Celebrity Cruises destination in the Med. 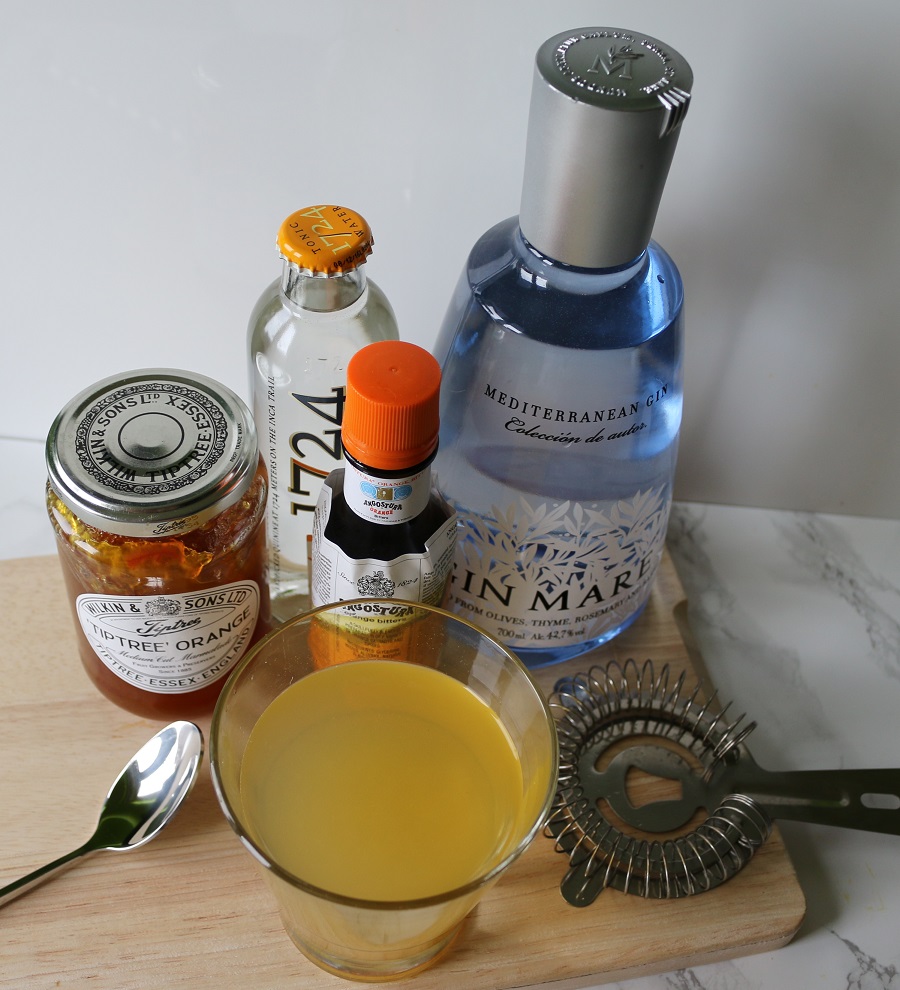 In a cocktail shaker, mix the gin, bitters and marmalade and shake vigorously. Strain and add to a glass with ice. Top up with tonic water and serve with an orange zest garnish.

The sweetness of the marmalade cuts through the bitterness of the botanicals to make the Triple Orange Mare a really interesting cocktail that is both unusual and delicious.

Are you on the gin bandwagon?

You can view the rest of our Travel content HERE