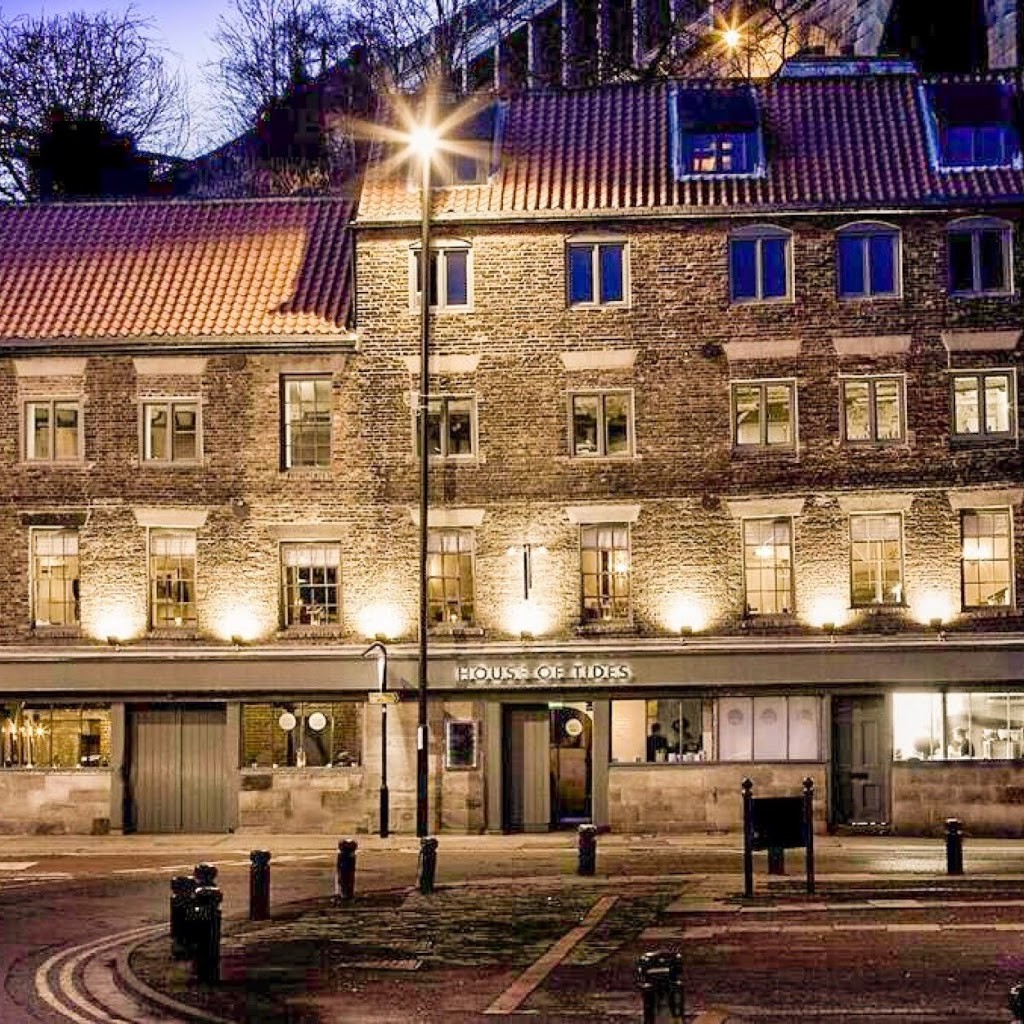 In a first on the site, I have welcomed a guest review for Food Friday.  Carter (or Andrew to his mother) is a talented local DJ who has pioneered club nights for many many years. Not only is he a ska punk legend he is a good old local lad and all round super top chap. I challenged him to give food reviewing a go on his visit to House of Tides and I think he has done a bloody good job…..


Having been excited at the prospect of eating at Kenny Atkinson’s latest project House of Tides and bragging to Katie of ladyfromatramp.co.uk fame I decided that I needed to get in there before rumoured “higher praise” arrived*. Of course in retort she challenged me to blog about it, something I’ve never really done despite my love of talking food…

*Michelin awards are due later in the year.

We booked what initially felt like a fairly early sitting at 6:30pm, but on reflection this was ideal as we spent a good 3 hours in the rustic in some places but elegant in others restaurant at the heart of Newcastle’s bustling Quayside area.

On arrival we were seated in the downstairs area of the restaurant and drinks orders were taken and menu’s perused. A comprehensive drinks menu was tailored especially for the restaurant with recommendations including Durham Gin & Tonic which I went for (featuring pink peppercorns, a great aromatic twist) and a beautiful Manzanilla Sherry sampled by The Mrs. 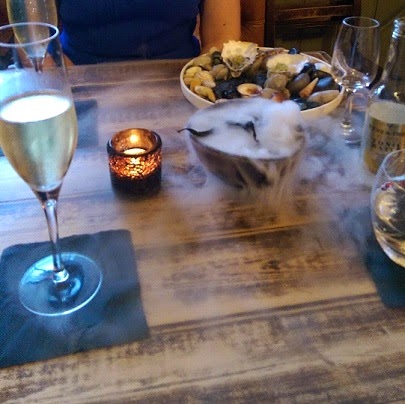 Having both opted for the main tasting menu (it’s that or the vegetarian version) we were invited to make our way into the main restaurant until … Oh no! An eagle eyed assistant manager realised that we’d not had our appetisers yet. We’d only moved around four paces when we were politely and apologetically sat back down to await our appetisers. Not that we were at all offended by the mistake. Needlessly we were presented with complimentary Champagne and a chat with the assistant manager about our drinks choices when our appetisers appeared. And what an entrance! Presented on a bed of ocean fresh pebbles and accompanied by Chef’s take on a North Sea mist were two delicate and sweet oyster & apple macaroons and two fresh Lindisfarne oysters. Having had poor oysters in the past I was keen to see if HoT would be able to change my opinion and boy did they. Fresh, clean, beautiful oysters shown off in their purest form. Great work.

We were then taken to our table in the luxurious main dining room, with local artwork adorning the walls and the features of the building shown off to full effect. Further drinks were ordered from the varied menu with Hadrian and Border brewery’s Tyneside Brown (good to see!) arriving for me and a wine recommended by our highly knowledgeable waiter.

Next up was the “Bread & Soup” or Sweetcorn Veloute with Scorched Scallops and Truffle accompanied by Brown Ale & Cheese bread. OOF! This was so good we both agreed we’d have been happy with a larger portion as a main! Silky, garlicky, strong sweetcorn flavour with delicate scallops hiding at the bottom and some of the nicest bread either of us had tried in some time! 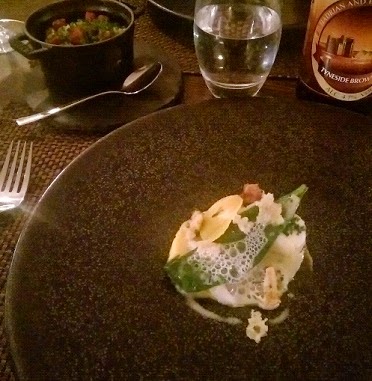 This was followed by local food hero “Ken Holland Vallum Farm” (@northcountryken) Heritage Potatoes, Crispy Quails Egg and Pickled beets. This was a brilliant showcase of local produce at its freshest and best and was a great lead into a course I was very excited about.

“Signature” As an avid mackerel fan I was intrigued to see how a chef such as Kenny would push the boat out. What arrived was incredibly fresh, moist and light line caught Mackerel which had been intricately breaded and fried before being married with mustard, lemon and beautifully sharp gooseberry. An absolute delight! 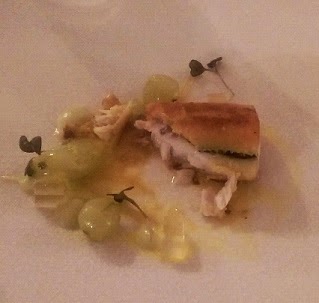 “Today’s Catch” was the one of my favourite dishes of the evening. Herb Braised Halibut Fillet with Razor Clams, Girolles, Sea Aster and a Yorkshire Chorizo & Butternut Squash risotto. This was serious food… to not lose the many delicate flavours in the fish which we up against some powerful players in the salty risotto was impressive. Everything married to make one of the most enjoyable dishes I’ve ever eaten.

“Butchers Choice” seemed a fitting way to end the savoury elements of our meal with some meat. A choice of either Northumberland Pork or Cheviot Lamb kept with the local feel of the restaurant and when your pork comes as Crispy but soft Belly, Slow cooked Cheek, moist Tenderloin and a baton of crisped ear you know it won’t disappoint. Young carrots, apple and cumin on the side made for a superb course and held up well against the slightly showier (in my opinion) Rump and Shoulder of lamb with pine nuts, broccoli and tomato. I only tried a bit of this but The Mrs. Maintains its excellence and I couldn’t find any fault at all. You’re given a choice for this course, but it’s a no lose situation. Especially if you’re not averse to sharing!

Onto “Pastry” which featured an incredibly refreshing and pallet cleansing Mango, Cream Cheese, Passion Fruit and Ginger cheesecake (one of my favourite desserts!) which left us ready for a superstar dessert in the Dark Chocolate Pave with Raspberries, Rosewater & Rose Ash meringue. Dessert isn’t normally my thing, I can take it or leave it. But with both of these masterful creations I’d very much take them! 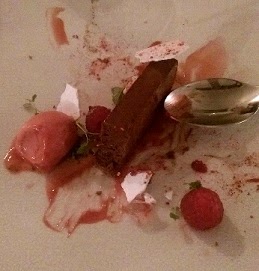 A British cheeseboard was politely declined but a fresh Americano and a further Durham Gin & Tonic were a great way to round off the meal, especially with an array of treats including Passion Fruit jelly, white chocolate fudge, strawberry marshmallow and a peanut salt caramel. 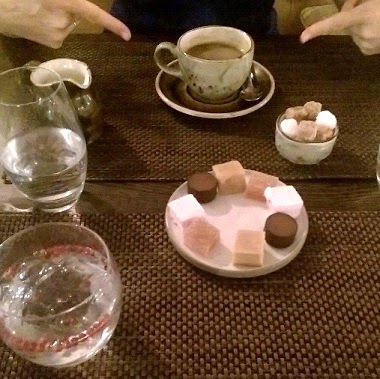 Overall House of Tides was a flawless fine dining experience in the heart of Newcastle. Something we’ve maybe not had for a while (which is no disrespect to our array of top notch restaurants!)
The settings, service and most importantly the food were simply perfect. Get in now, while you still can.


You may also enjoy: