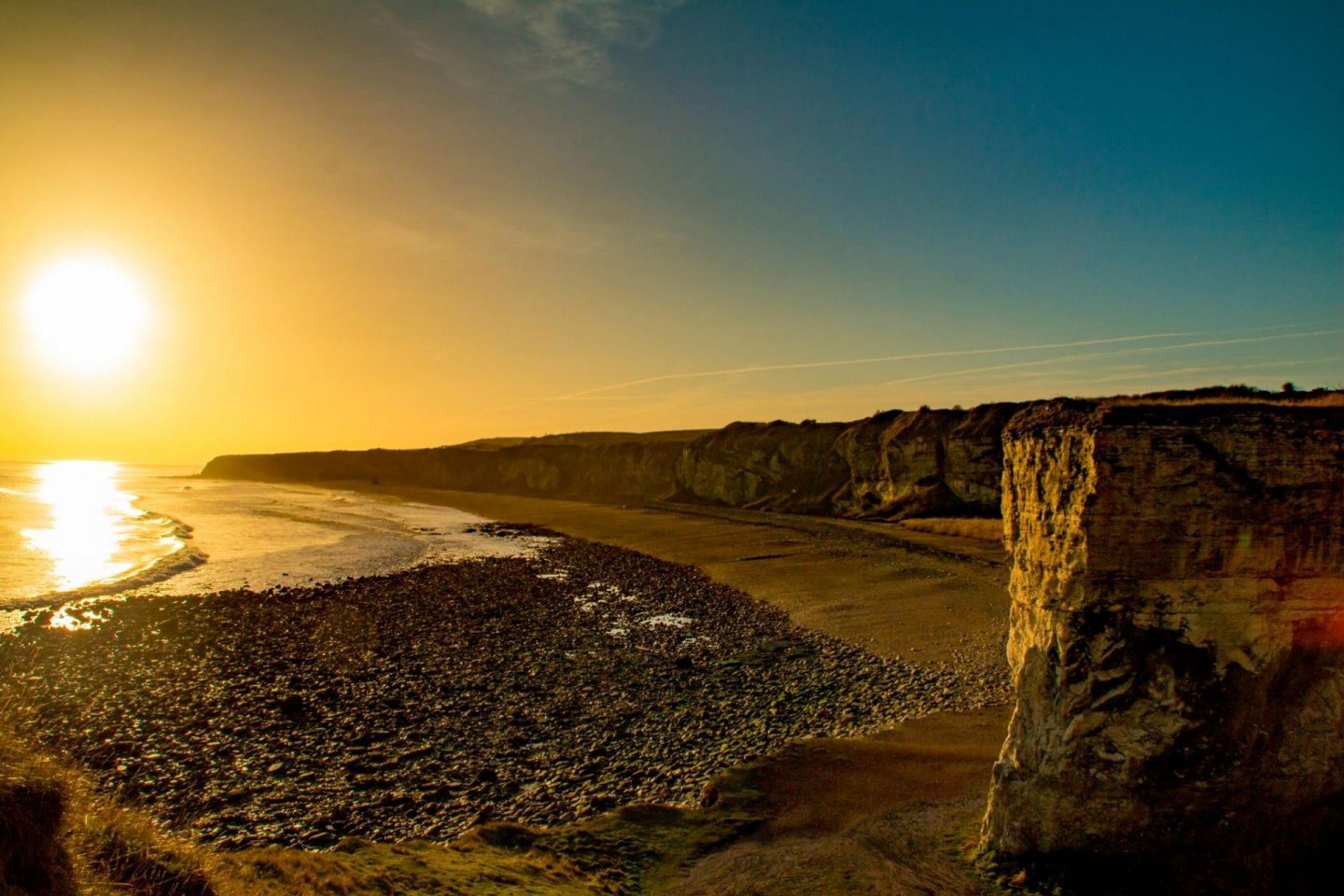 Blast Beach, sounds intriguing right? A beach you’d have a blast on? Partially close! A scenic and infamous stretch of the Durham Coast has been used in globally famous films across the years and has undergone a major clean up. Read on to find out why you might recognise these shores.

Tucked away just outside of Seaham in County Durham, you’ll find Blast Beach. Parking is free and plentiful so visiting is easy. Access to the rock dashed beach is by either a steep grassy slop or uneven steep steps so do be warned. If the weather has been dry, you’ll be able to scooch down the hill no problem.

Blast Beach or Dawdon Beach as it has been known is the by product of a mining pit community with the blast part of the name coming from it being a former coal mine dumping ground.

You’ll still find evidence of the beaches industrial history today as you walk the shoreline. From lumps of stray coal to the orange rust hued rocks and pools that remain. What was once an ecological waste ground has been tidied and revamped with wild flowers, which in turn has encouraged wildlife to revisit.

Blast Beach has had international notoriety when it was featured in the 1992 film Alien 3 and it’s just a hop skip and a jump along the coast from the depressingly desolate final scenes of Get Carter.

We visited on a cold January day for a walk to blow the cobwebs away and it was the perfect mix of crisp blue skies and golden orange from the rusty rocks and water. Very post apocalyptic and we can see why it was chosen for Alien!

Blast Beach is now under the control of National Trust and you can find more information here.

I recommend starting down the hill nearest to Nose Point car park, walk the length of Blast Beach and then come back up on to the headland via the stone steps.