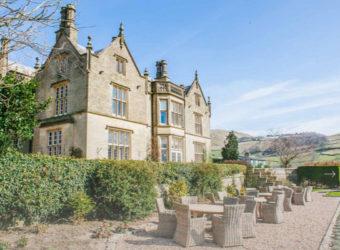 Recently, we took a train adventure and travelled on the famous Settle to Carlisle railway.  We opted to stay for the night at the Falcon Manor in Settle and we could not have picked a better spot.

With us usually having our car, we don’t worry about hotels being on the outskirts of towns but as we were relying on the train for this trip, we opted to take the 10 minute walk from the train station in Settle out to Falcon Manor and boy are we glad we did. You can walk to the hotel up the main road which is mostly lit by street lights (for those post pub walks) and through the town itself. 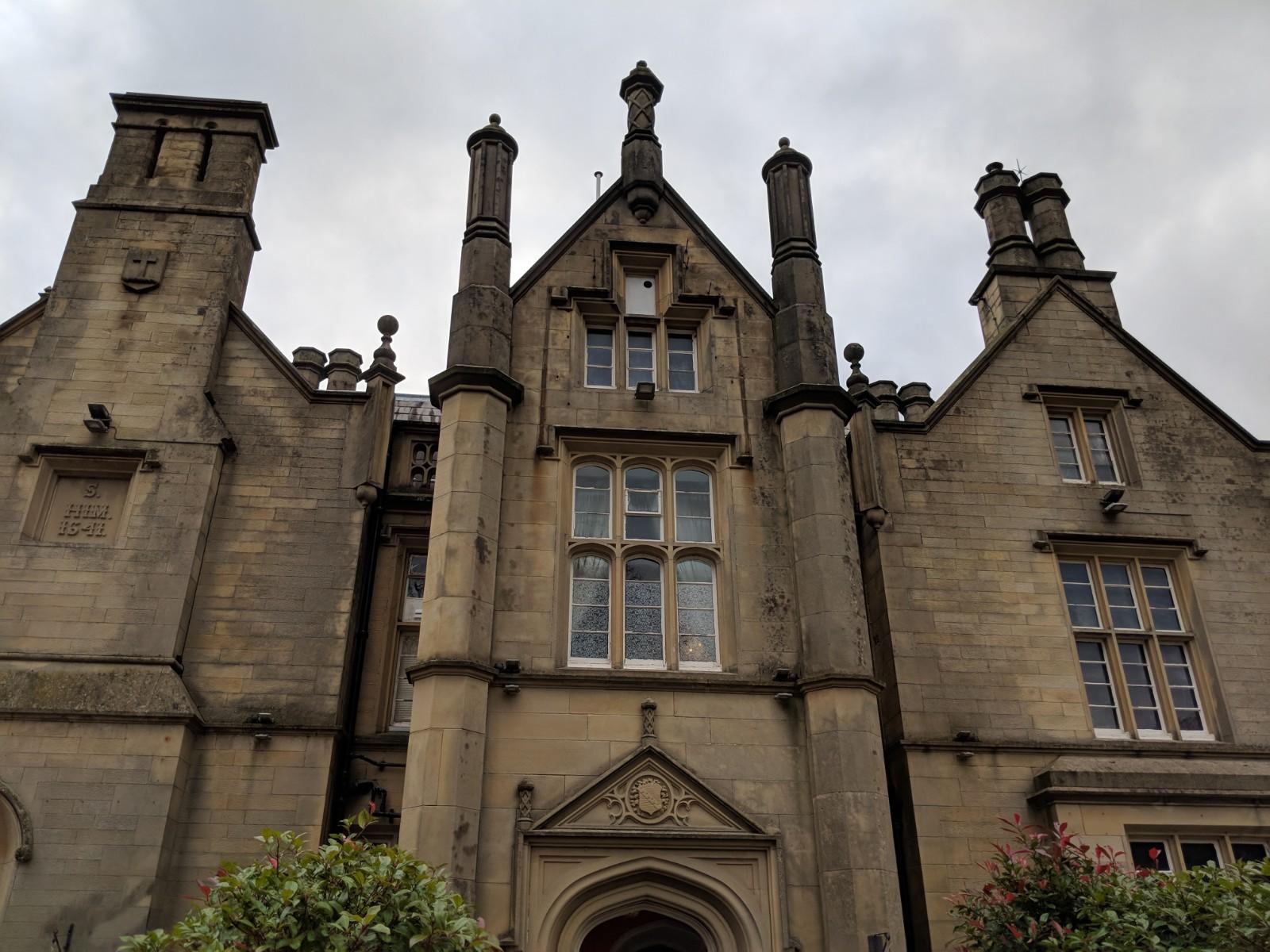 Have visited Settle numerous times, the hotel in it’s previous incarnation isn’t somewhere that looked particularly appealing. Falcon Manor has been recently revamped and it is now a perfect bolt hole in a quaint country town in the Yorkshire Dales. The hotel is only listed as a 3* establishment and is very reasonably priced so please don’t let that put you off! Falcon Manor provides great value for money for the quality of surroundings and service.

Falcon Manor as we know it today was built in 1841 for the Reverend Swale with money provided by his two grandmothers. They were anxious to create a property that was befitting his status in the local community and they certainly achieved what they set out to do. They also donated £500 toward the cost of building the new Settle church on the basis that their grandson could be the first incumbent. They certainly had plans for their grandson! 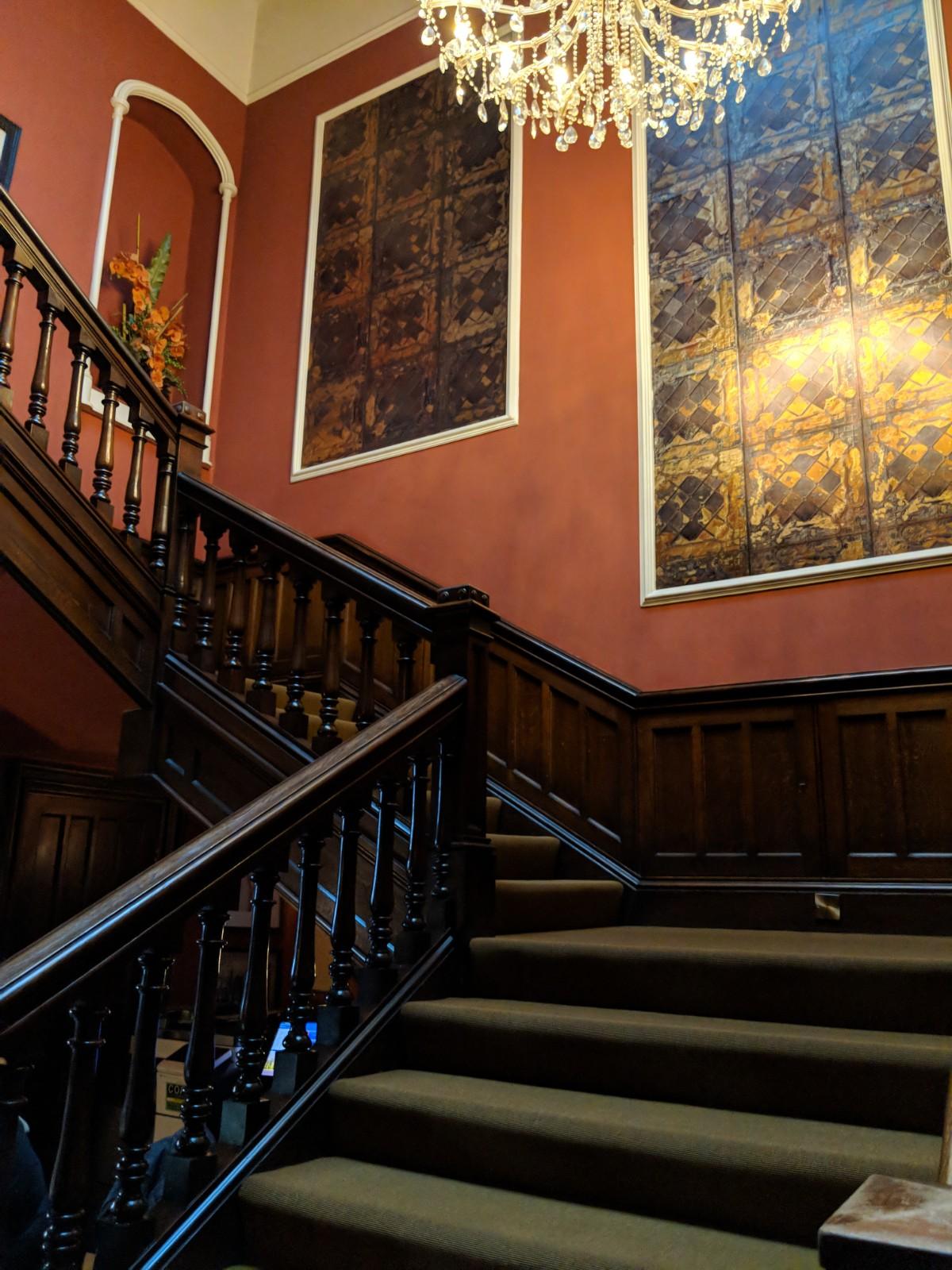 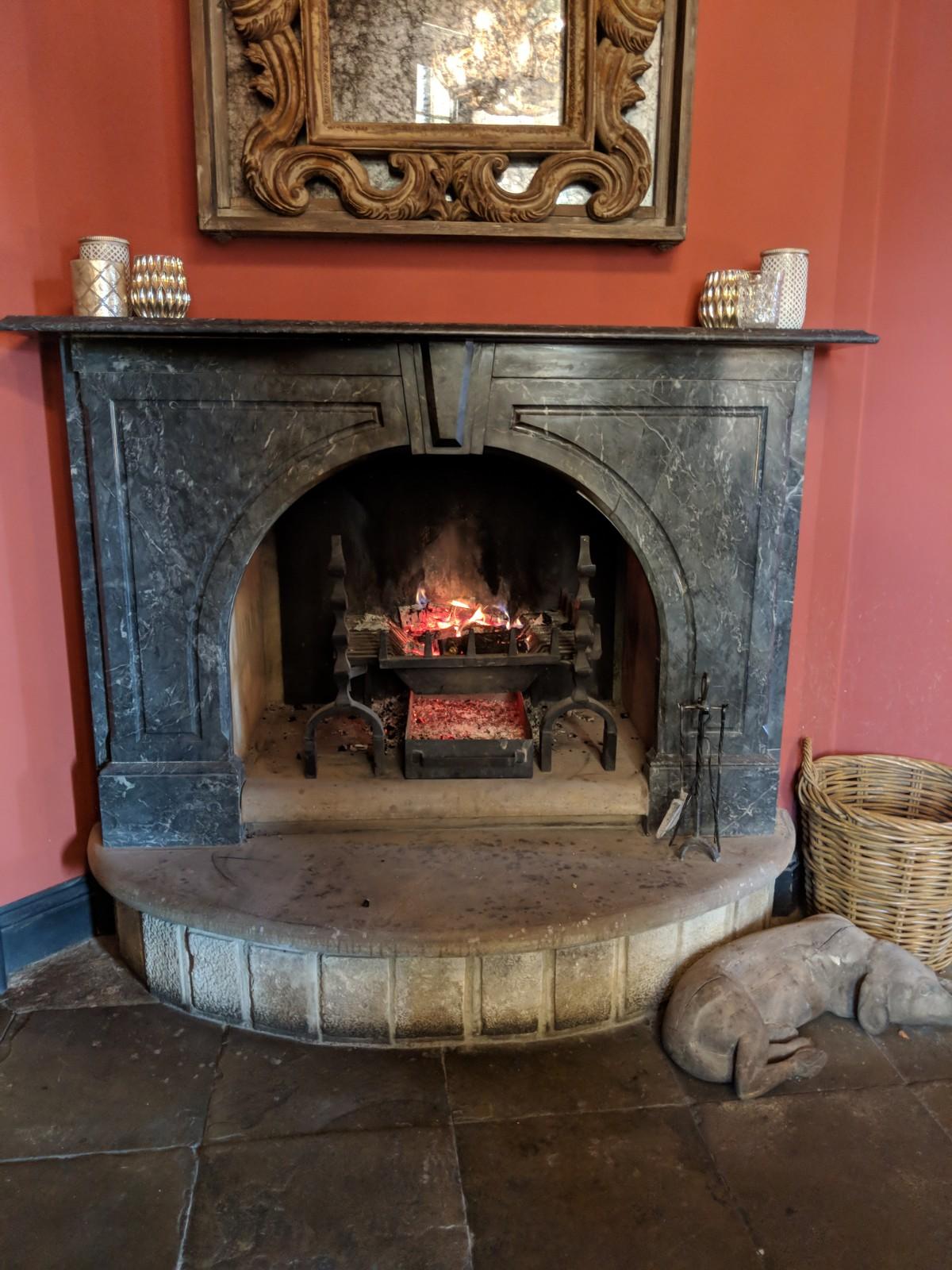 Despite Falcon Manor being a large and opulent hotel, every single member of staff we met was nothing but friendly, chatty and provided a warm welcome. With cosy fires roaring in October and the late autumn sun shining through the window, we felt like we had the whole place to ourselves when we arrived. The main rooms were set for a wedding and it was stunning, it made me want to get married again! 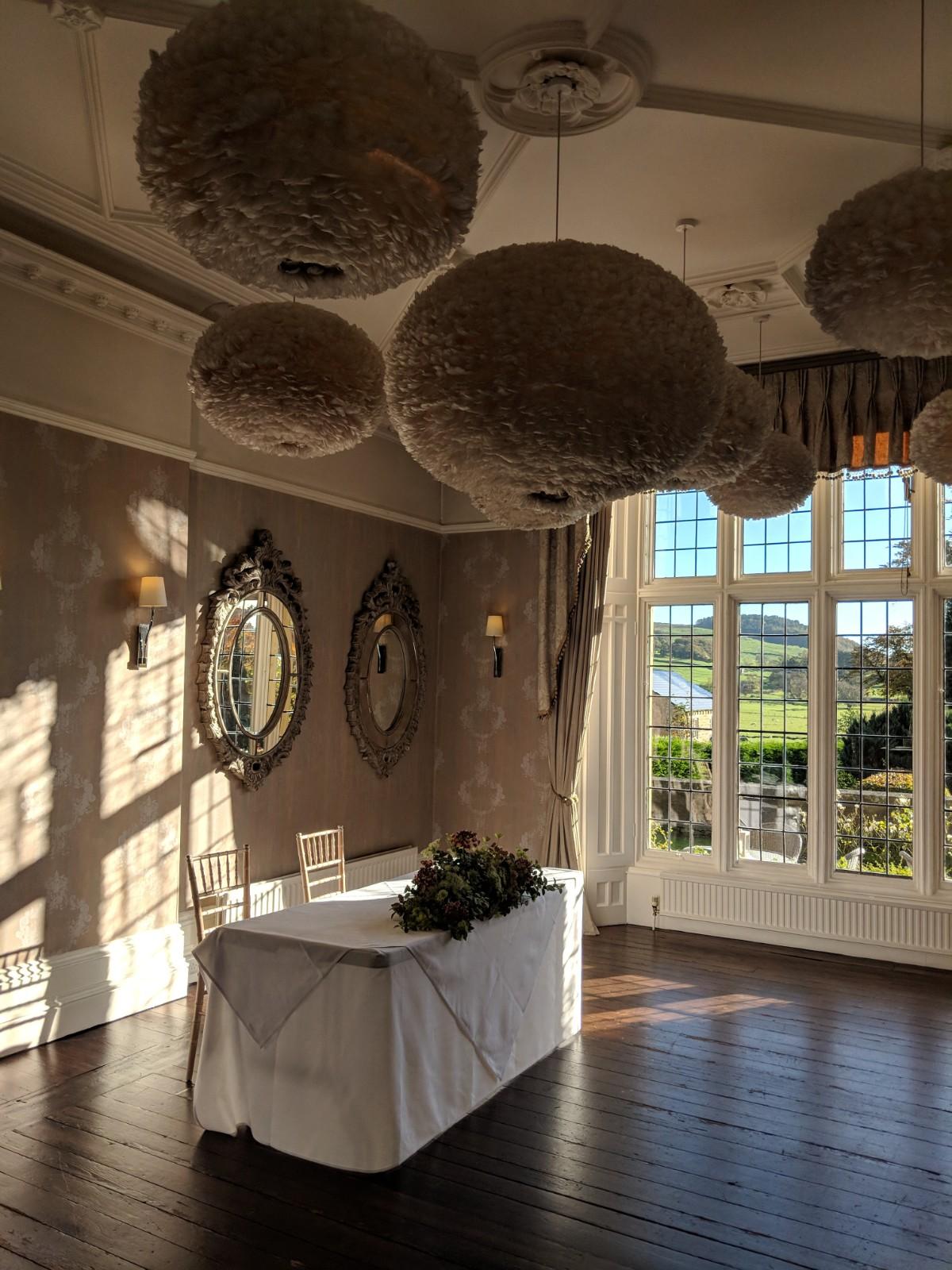 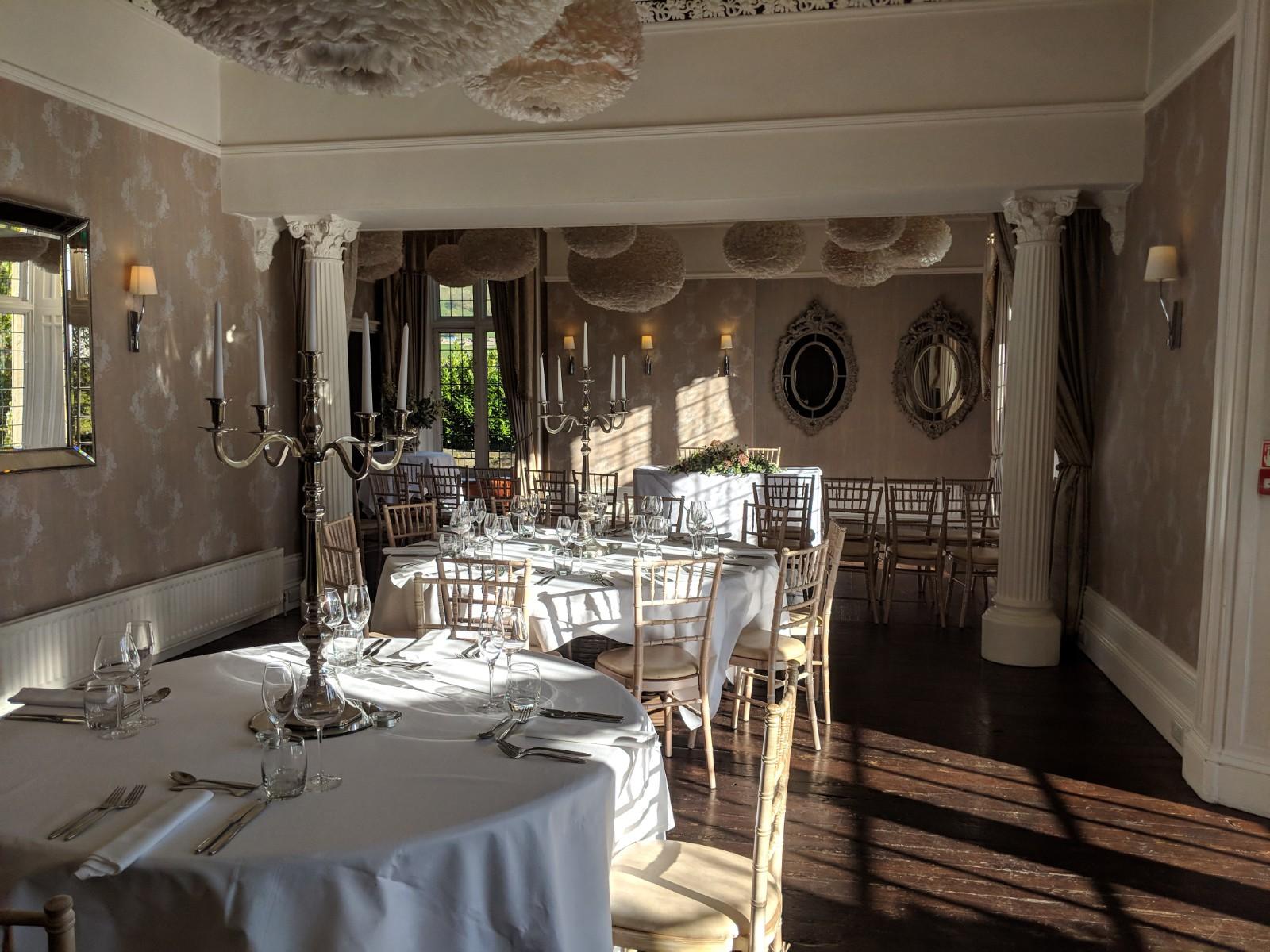 As we were just visiting for 1 night, we opted for one of Falcon Manor’s smaller rooms in the eves of the building. On a magical mystery tour through the Manor, we found our room to be modern and fresh with ample space for 2 adults to move around. We had worried it would be tiny, I think they have undersold themselves on their room descriptions! My only gripe is there wasn’t a stool at either of the 2 bureaus but that’s by the by. Our room at Falcon Manor looked out across Settle and the Yorkshire Dales with proper pitch black darkness as far as the eye could see as well as incredible views to wake up to. 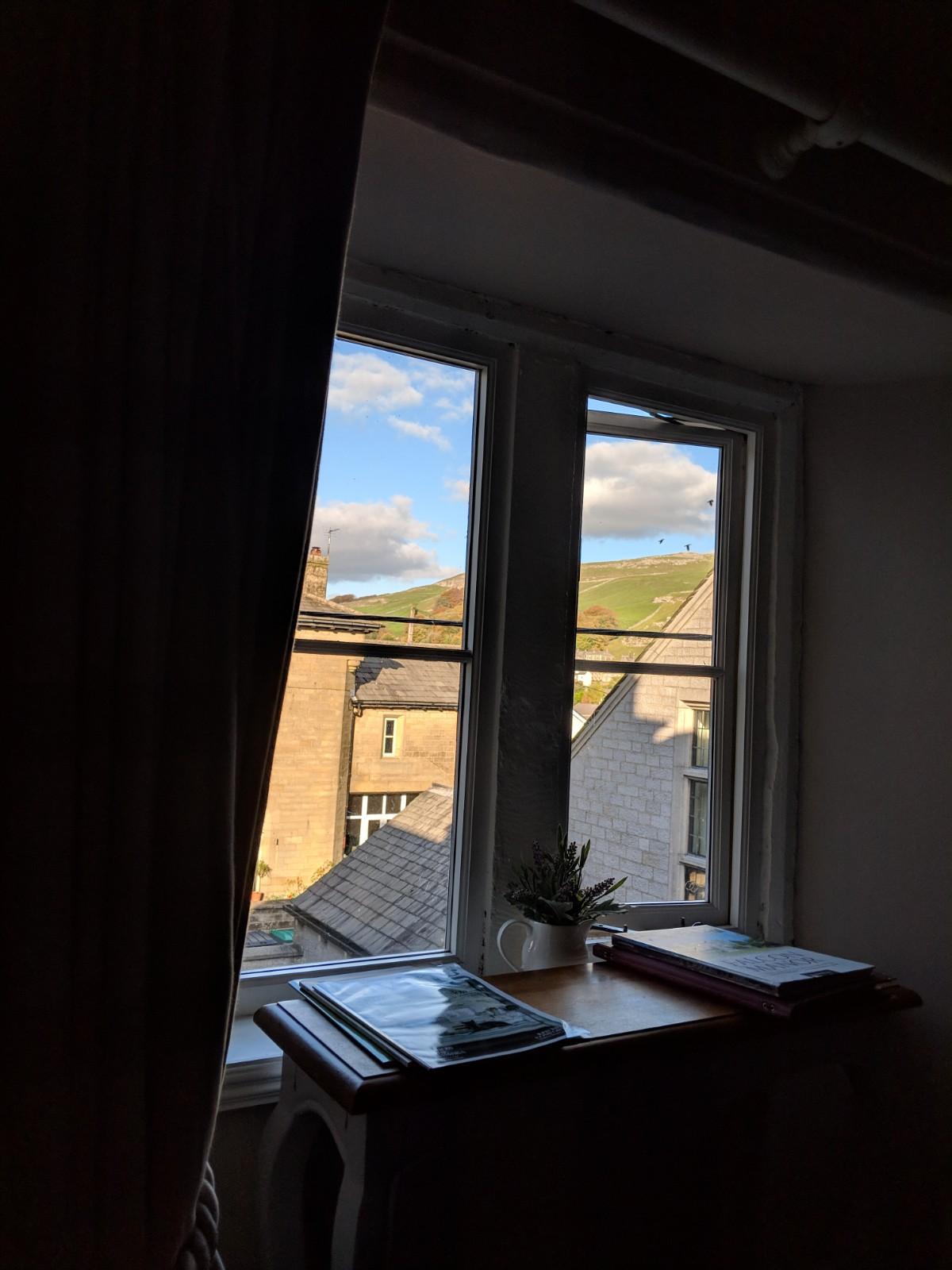 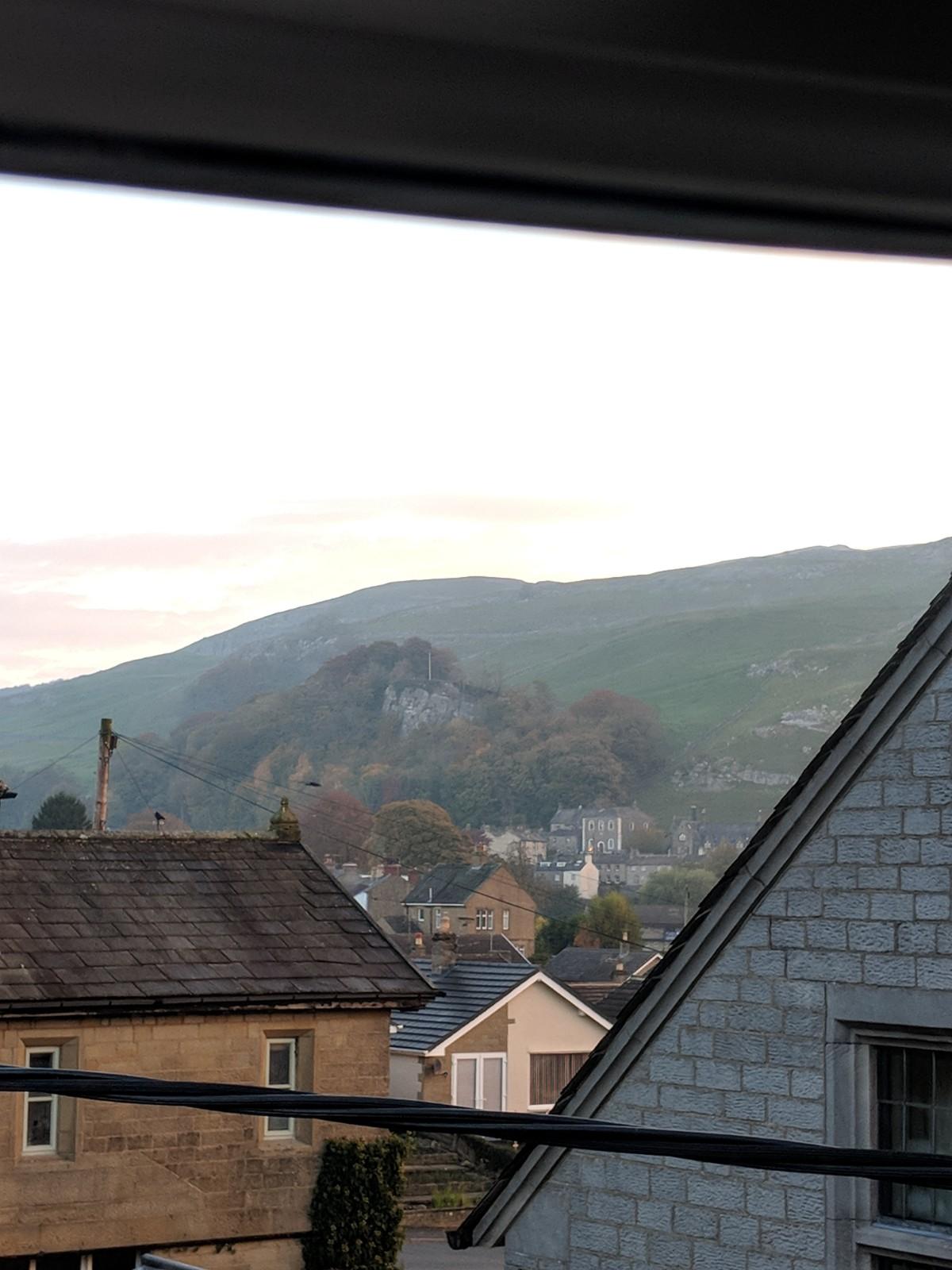 After a quick shower in the luxe rainfall shower, we went in search of breakfast. Laid out in the dining room of Falcon Manor, it was a feast for the eyes with a continental offering, pastries and a hot menu selection you’d expect. Of course we both had to opt for the Yorkshire Breakfast.

The hotel offers free wifi, free parking and is dog friendly in parts. We booked via Expedia and the check in/out process was simple and easy but the website has details of special offers available at Falcon Manor.

Our biggest regret about staying at Falcon Manor? Not staying for 2 nights in a suite. We will definitely be heading back for a relaxing pre-Christmas visit! 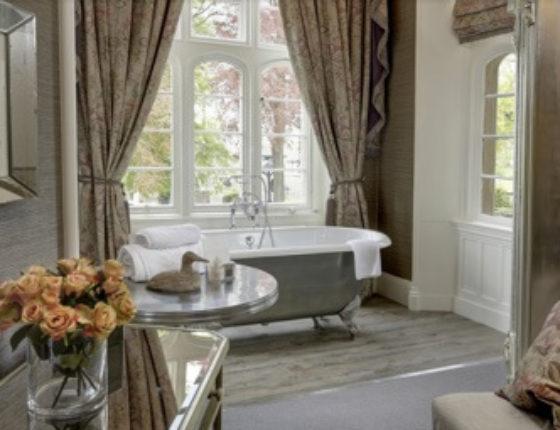