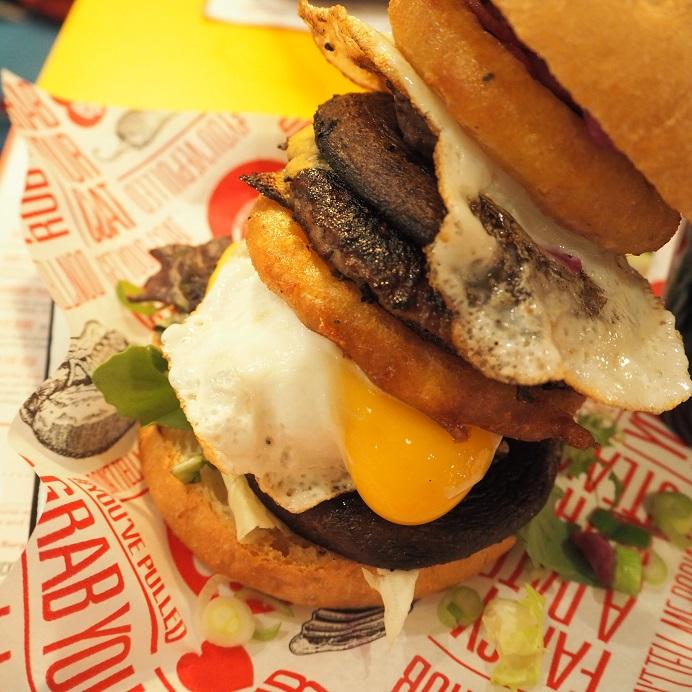 Do you own stretchy pants? You’ll need them if you visit the all new Rub Smokehouse + Bar in The Gate.  Huge portions of delicious house-smoked meat and American themed scran are the order of the day here.

We visited just after Rub opened, giving it a few days to bed in. We actually went on our wedding anniversary (the big 1-0) as a post –work, pre-holiday treat which was quite fitting as we used to have some of our first dates in the old ASK Italian that was previously here. Any notions of romance aside, we turned up, sat down and dug in. 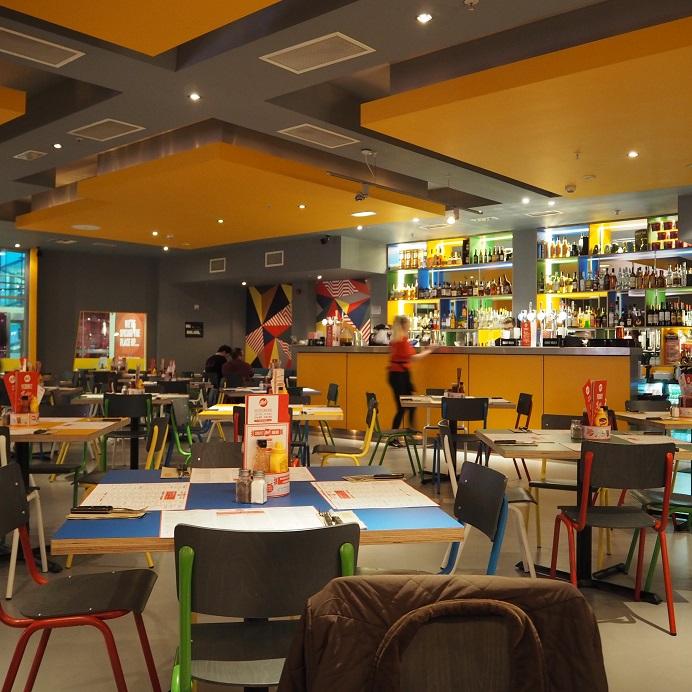 The interior is a little like a kids play pen with it’s cartoonish bold colours and simple lines but you know what, it’s a nice change from seeing faux industrial smoke house chic. The seats aren’t made out of refashioned scaffolding poles and there’s not a whiff of hipster. Nice. The in-house smokers are called Hank + Marvin which tickled me more than it probably should! Watch out for the oinking pigs – that means there’s an order up on the pass. Oink! 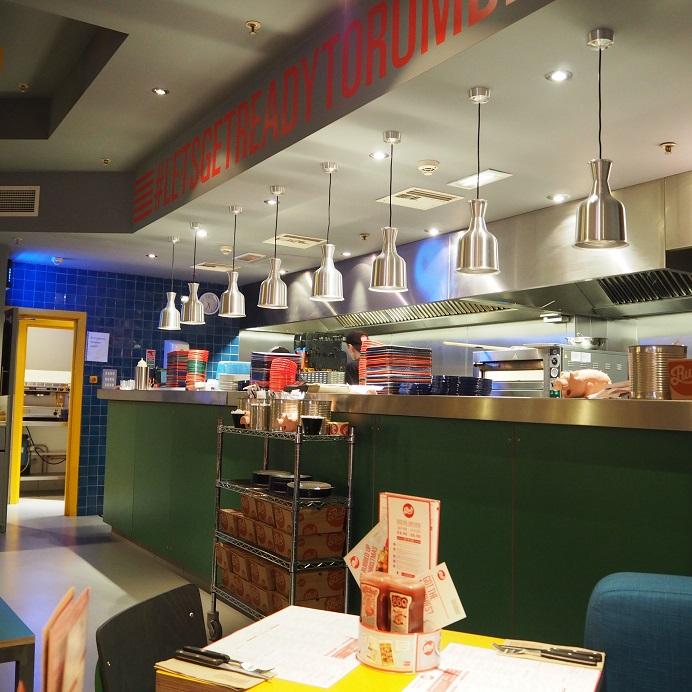 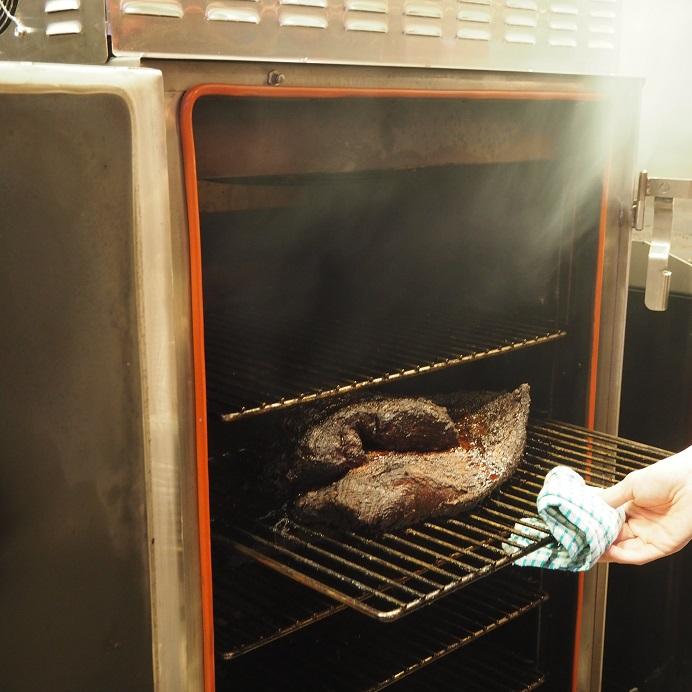 The food menu is split between nibbles, starters and then the varieties of mains. There’s something for everyone, from salads to burgers and the very biggest of burgers at that. The drinks menu on the other hands is an overwhelming assault on the senses. I got so lost in the list I just shut my eyes and picked. There’s an immense choice of drinks and very helpfully – pictures! I’d love to go back just for drinks and nibbles and work my way through the cocktail list but I am not sure if there’s a dedicated drinks area – which would be a crying shame! 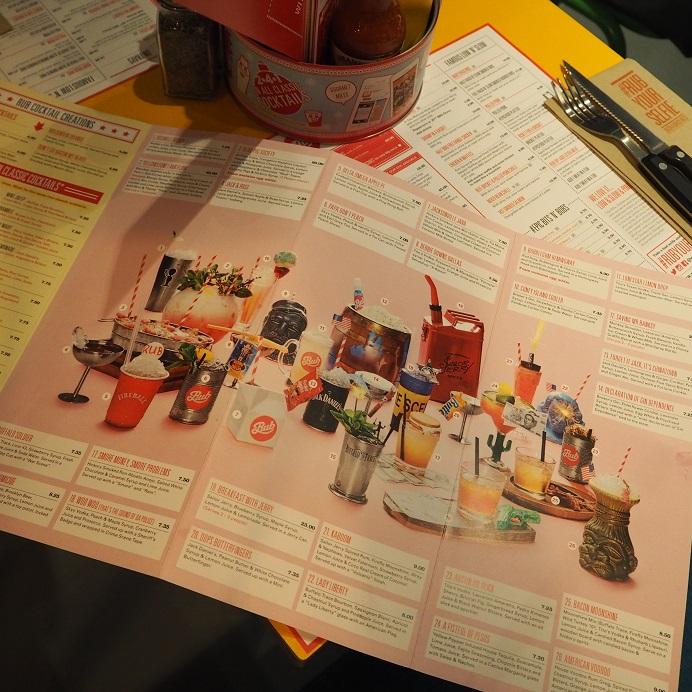 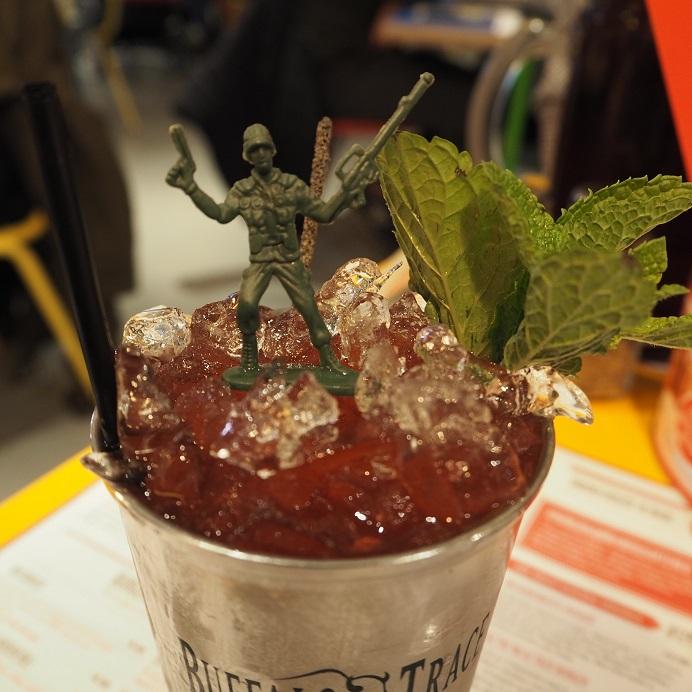 We got started with Pigs in Blankets (£4.95)  with a spicy mayo and Pork Crackling (£2.95) with an apple sauce. The sausages were the clear winner for me but the crackling would make a great snack for with beer. I can imagine these going down well if there’s a group of you, to tide hungry souls over. 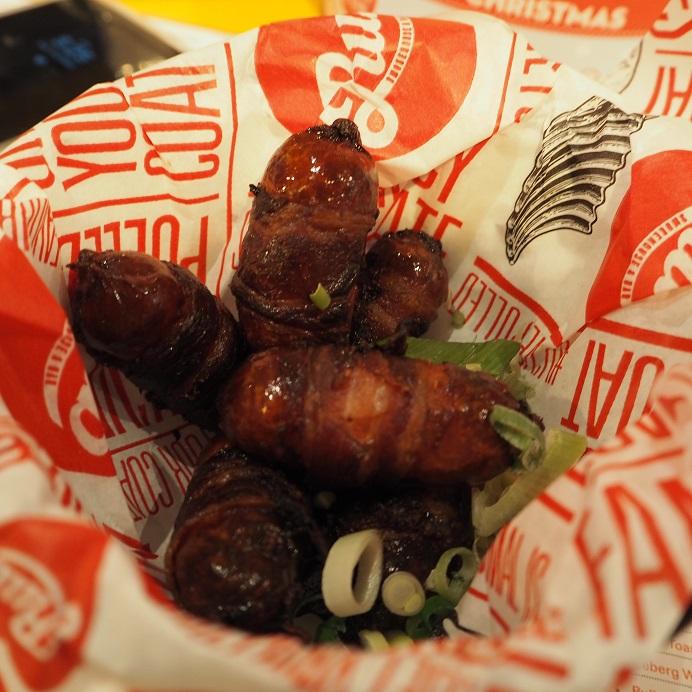 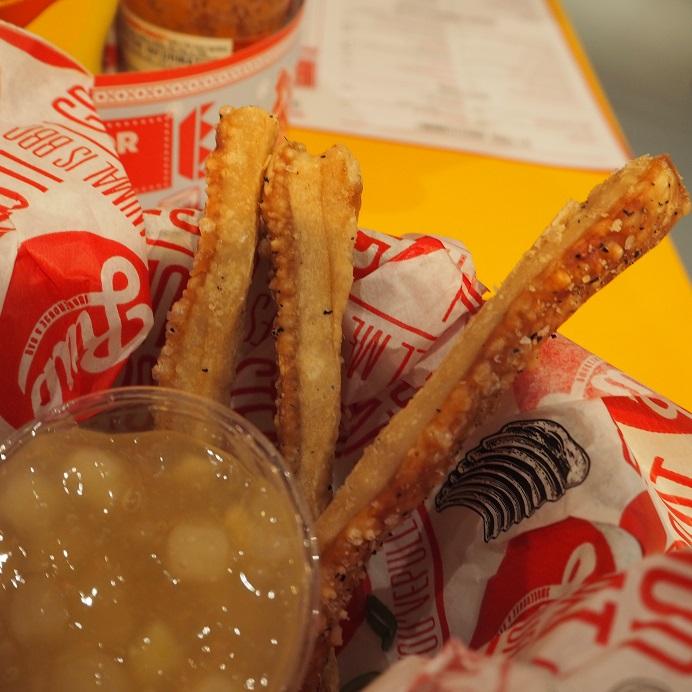 As the Husband had his eye on a whopping burger, we split a starter. The Honey Chicken Strips (£5.45) came in quite a surprisingly large portion of succulent chunks of chicken breast. Definitely great value for money, it would easily make a lunch dish on it’s own or a great sharer. The honey BBQ sauce was sweet and had a gentle smoky heat to it which made it quite moreish. As I am not  a fan of chicken on the bone, I was pleased to see a chicken starter that wasn’t wings.  Buffalo wings, why you gotta taunt me eh? 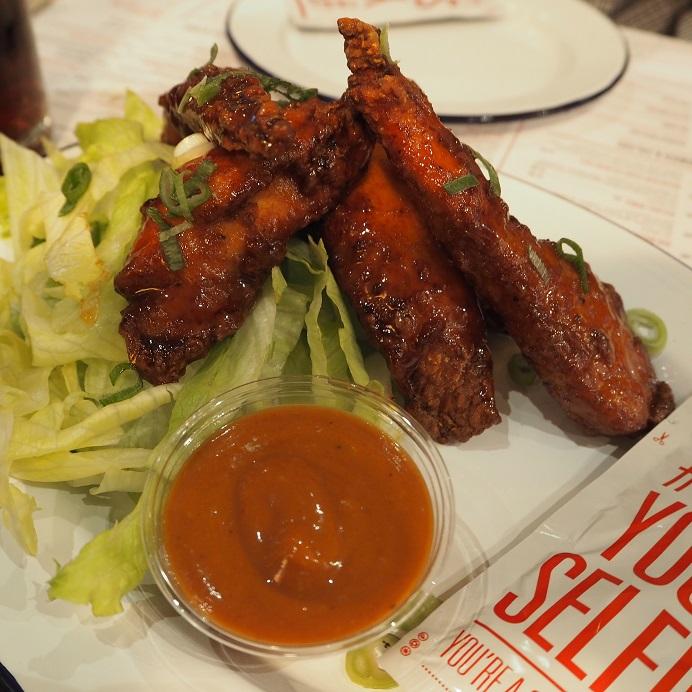 Rapidly feeling full, our mains arrived. The Husband had not only opted for the most ginormous tankard of beer I have ever seen, he matched it with a burger of gargantuan proportion. The 51st State Burger (£19.95) has been renamed the Angel of the North, it’s that big. Rammed with juicy burgers, steak, onion rings, bacon and eggs you’d think that was it, but no. There’s a corndog stuck in the top to hold it all together! As if the burger wasn’t big enough, it comes with fries too! The worry of putting so much stuff in to a burger could be the quality could slide, and no want wants to pay that much money for a pile of meh food but fear not. The burgers were juicy and flavourful, the steak tender and the eggs had the perfect runny yoke.

It did need to be dismantled to be eaten though! 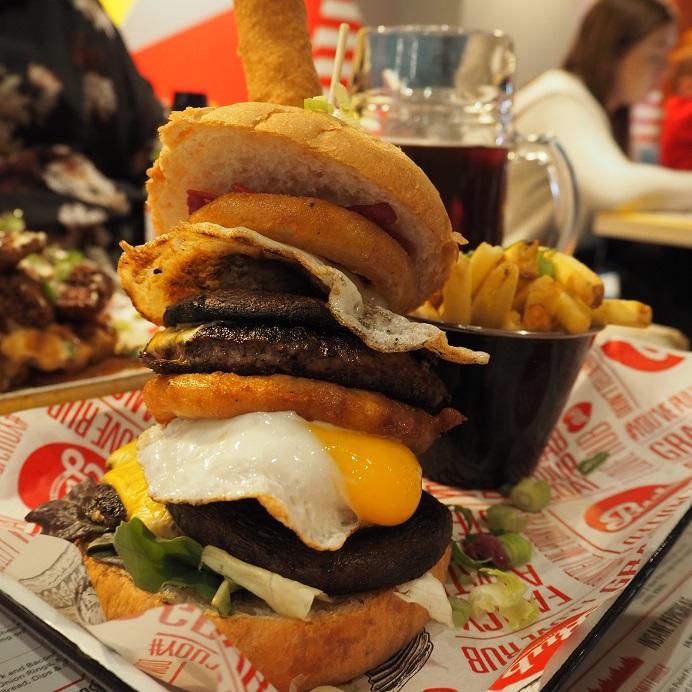 I had set my sights on the Chicken + Waffles (£13.95)  as the chicken is served as fillets. Again with those bone issues! The chicken was abundant and moist inside it’s crispy coating. The sauce was a little on the skimpy side but that’s personal preference. A liberal dash of Franks Hot Sauce made the dish zing. I was stuffed by the end and couldn’t manage to finish. It was absolutely delicious though. The best chicken + waffles I have had were made famous by Adam Richman at the Hash House A Go Go but being a million miles away from the restaurant, this definitely hit the spot! With absolutely no room for dessert, we called it a night. With very fully but happy tummys!

We were concerned that the quality might suffer at a place offering such huge generous portions but we were very impressed. You have to like the style of food they put out to want to go, but what they do, they do it bloody well. It’s not fine dining but every so often you just need a good burger and a beer!