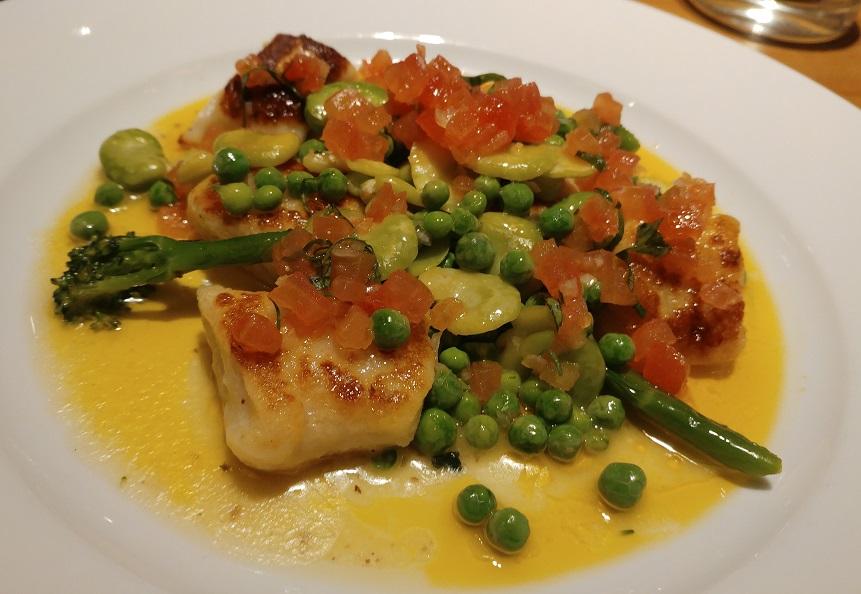 Tucked away on Newcastle’s most revived street – High Bridge, Pleased To Meet You has carved a name for itself on both the dining and drinking scene.

With an impressive food menu and an even more impressive Gin list, I visited to check out their summer menu.

Readers of a certain age may remember the building as the Turks Head and it’s massive, open windows which made it a great place for a summer drink.  Thankfully PTMY have retained the feature with stylised floor to ceiling windows that pull back for that all important breath of fresh air we all need after a few too many drinks. 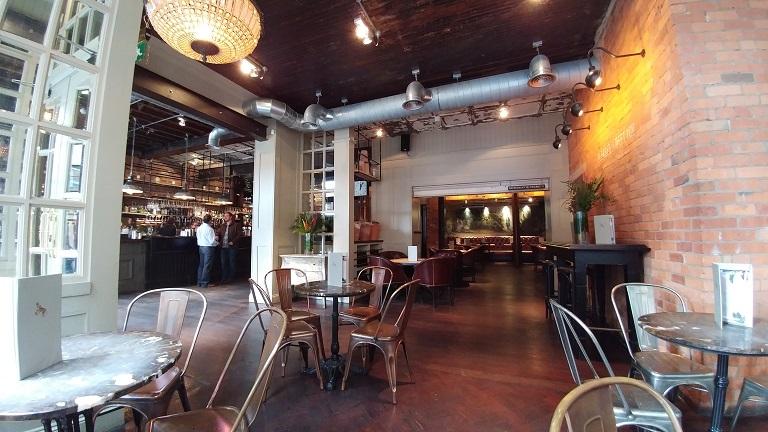 Spot the Husband and Father in Law – definitely the only ones in here!

We arrived at Pleased to meet you early on a Sunday to beat the crowds which rapidly built up during out stay, both in the bar and in the dining room. After a quick drink in the modern bar area that clashes period features and an industrial nod we headed through to the restaurant for the main event. Seated in the centre of the bright and airy dining room, we wasted no time in ordering. Between the 4 of us dining, 3 of us chose cold starters and the husband went for a hot starter. 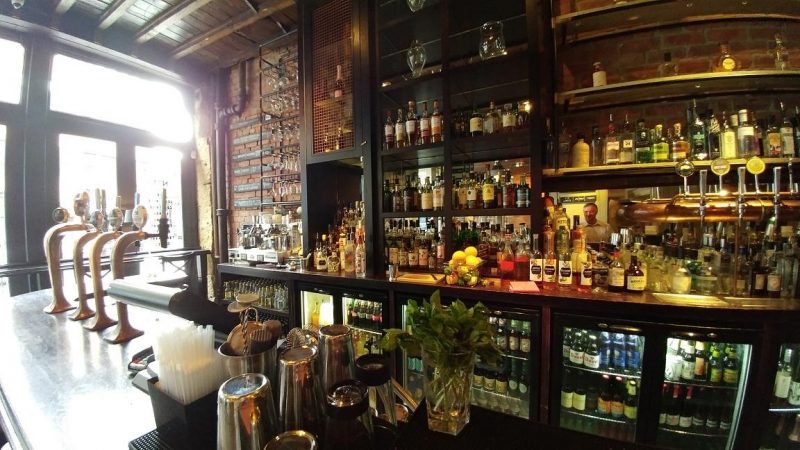 Murray’s grilled focaccia, summer tomato salad and shallots was a great summer starter. Light and fresh, the dressed tomatoes were sweet and firm and added a softness to the grilled focaccia which suitably soaked up all the juices. 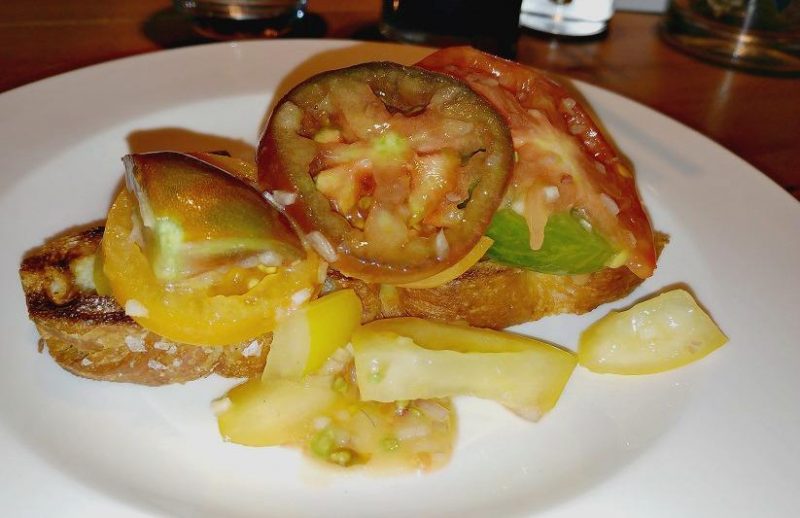 The Chicken liver parfait with sourdough croutons and gooseberry ketchup was a spot on portion of the incredibly rich and luxurious parfait. The Gooseberry cut through the smoothness of the liver and helped cleanse the palette. The sourdough croutons stood up well to being smothered and devoured. 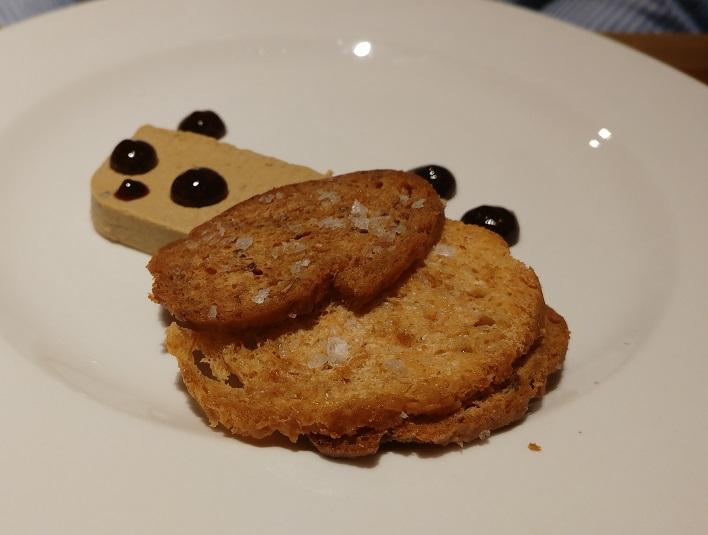 As our starters came out, we were told the risotto had been forgotten about so it would be another 10 minutes before that was ready. Surely the sensible thing would have been to hold our cold starters in the kitchen ready for a complete service? Sloppy customer service. We all waited patiently until we could all dine together which seemed only fair!

Once it arrived, the Lobster Risotto was a fairly good starter. The lobster meat was sweet and stood out amongst the risotto, which was more like rice and sauce than a thick and gooey risotto, which was what was expected. There was a lot of sauce the rice was sitting in rather than having absorbed it. Tasty nonetheless and it didn’t last long on the plate but I think it had been rather hastily made which is a shame. 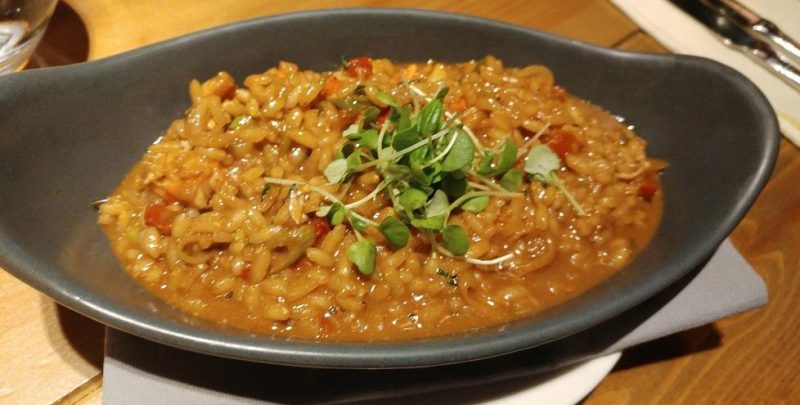 For mains, we went light and summery again. It was definitely the weather for it! Between the 4 of us dining, we had some repeats when it came to ordering!

The oven baked white fish with buttered greens and herb breadcrumbs was a hit. The base for the fish was packed full of bursting tomatoes with a hit of sweetness which was topped with the  greens and the fillet itself. The breadcrumbs added a crispness to counterbalance the softness of the fish and the tomato sauce.  Quite a small portion for a hungry soul, but beautifully presented. On hindsight everyone wished they had known about the size so that they could have ordered a side of veg or potatoes to go with it as they felt that’s what it was missing. 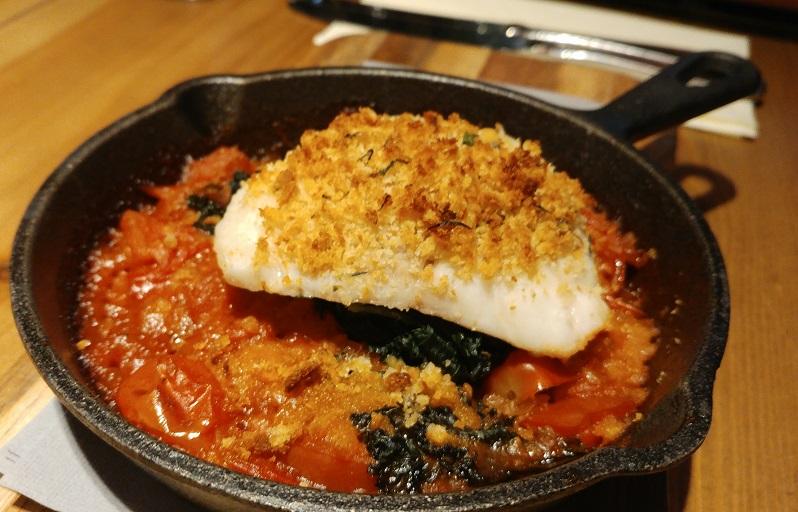 The potato gnocchi with fricassee of peas, broad beans and sprouting broccoli was an absolute gem. The large fluffy dumplings had been pan fried in a buttery sauce which kept the dish being too dry. The gnocchi themselves were incredibly light and soft, I would go so far to say they were the best I have had in a restaurant! The tomatoes, peas and broad beans kept the dish light, using seasonal veg to keep the summer vibes going. There was only 1 piece of sprouting broccoli which didn’t really seem worth mentioning on the menu but maybe I am splitting hairs? 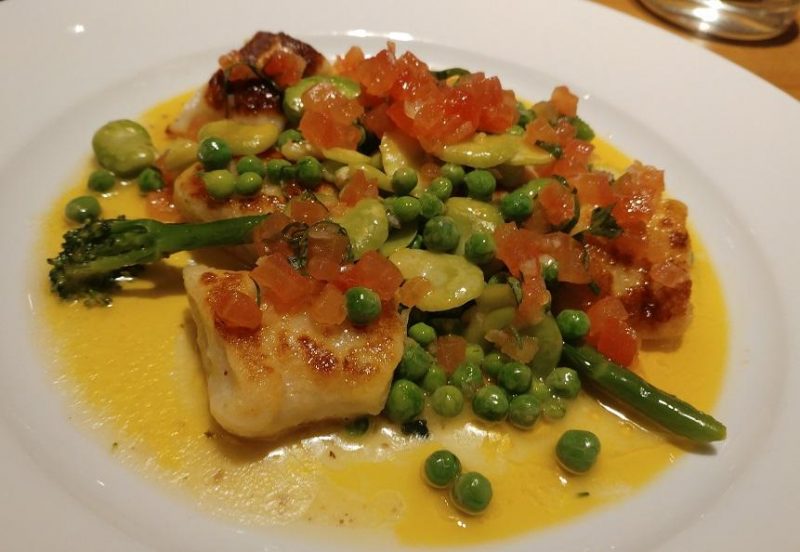 Thankfully all the mains came out at the same time!

To finish only 2 of us ordered dessert. The Strawberry + Vanilla Cheesecake was a feast for the eyes. As tasty as it should be, the meringue, fresh strawberries and ice cream were a nice addition to the dish and helped it with not being too sickly. The actually portion of the cheese cake was quite slender so it bulked out the dessert… especially as the fish wasn’t filling! 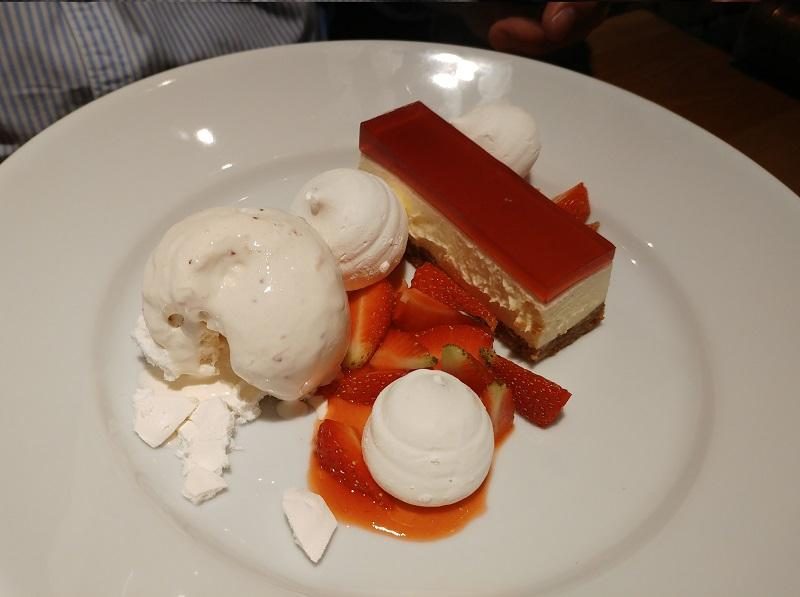 The local Cheese Board was a little lacklustre with an abundance of crackers that seemed disproportionate to the amount of cheese! It was a nice way to round off the meal though for those of us without a sweet tooth and kept us full enough to get through several more drinks back in the bar! 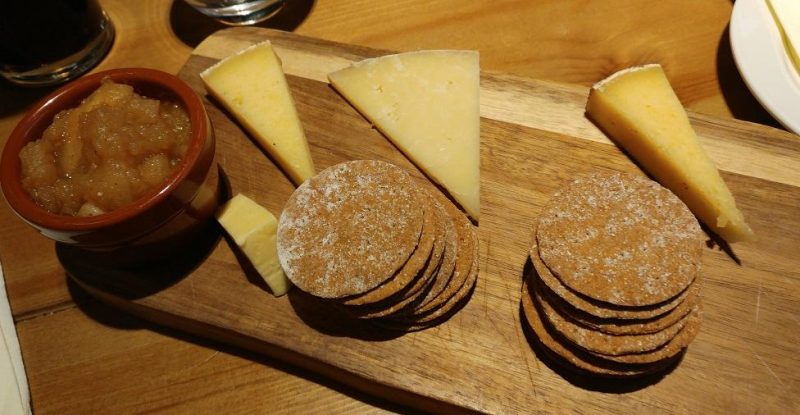 The restaurant setting and ambience at Pleased to Meet You was impeccable and the service was friendly and courteous throughout just extremely slow. We thought the quality of the food on whole was brilliant and good value for money.

I wouldn’t hesitate to recommend Pleased To Meet You for a relaxed dining experience.