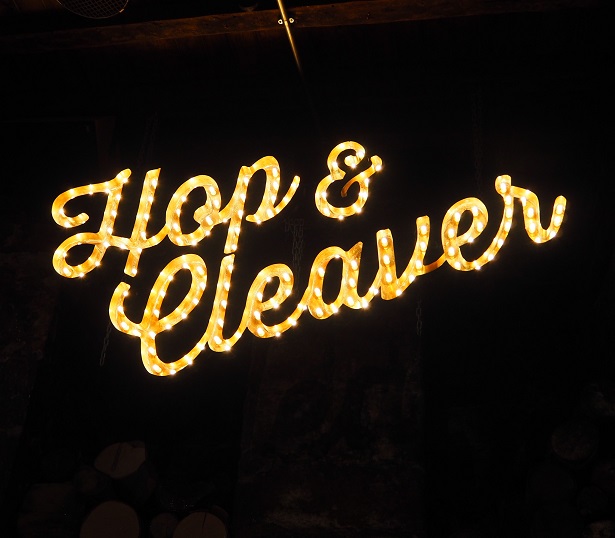 After a post-work jaunt to Hop & Cleaver with the dudes I work with, I was on a mission to go back and take the husband. Thought I’d push the boat out and take him for lunch on Valentines Day. Romantic eh?

Tucked away down on the Quayside, the BBQ and brew bar now calls the old Offshore 44 building home.

Retaining the rustic charm of Offshore 44 with it’s flagged floors, panelled walls and quirky interior layout, Hop & Cleaver burst on to the dining scene a while ago but we have only just got round to trying! It is the sister restaurant of it’s next door neighbour the Red House which are both part of the Ladhar group. 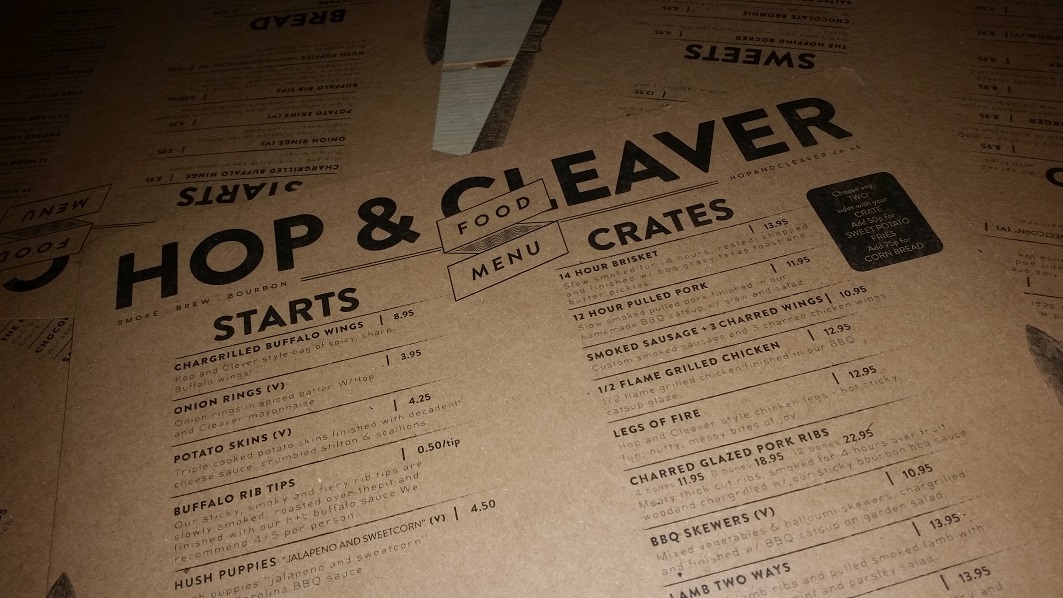 Not only do ‘The Hop’ smoke their own meat, they also have a small in house microbrewery which they produce a tasty offering (says the husband). They even have tables for private functions that let you pull your own pints – Best not tell the folk at work! 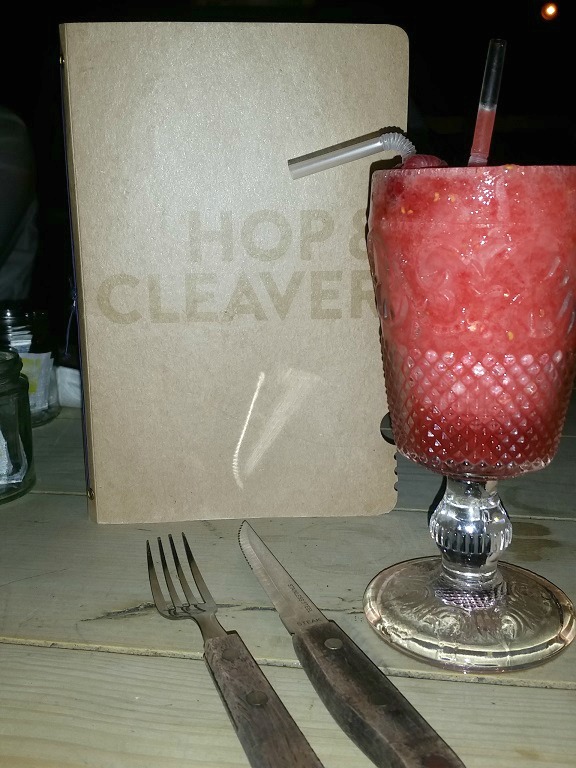 With a very healthy selection of beers, whiskey and of course cocktails, this is definitely somewhere you can come for the drinks but stay for the food!

Talking of food…. we shared the Potato Skins (£4.25) which was a monumental pile of crispy fresh skins smothered in oozy cheese sauce, spring onions and blue cheese. Definitely ideal to share or for 1 very hungry soul! 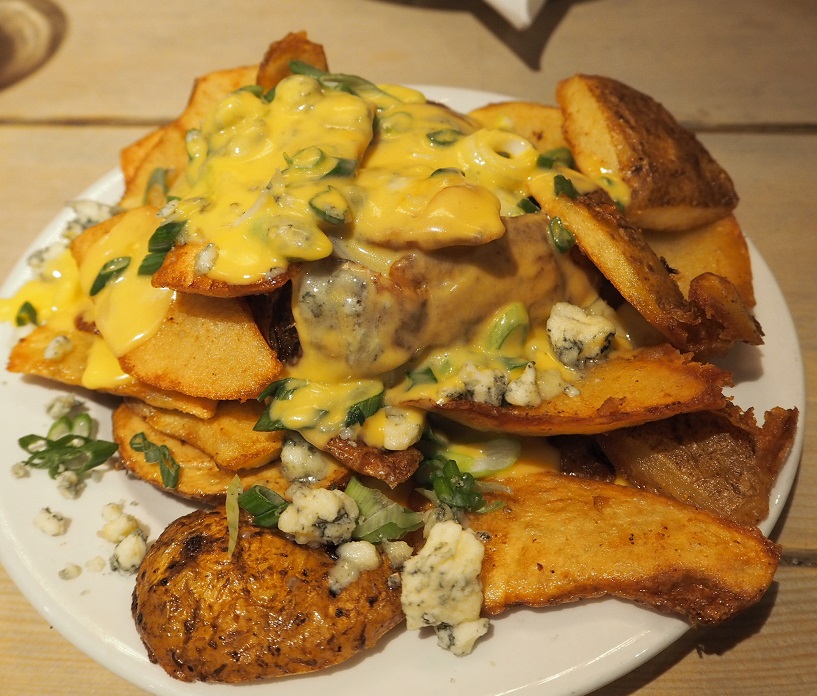 To go with the skins, we also tried the Rib Tips (50p) out of sheer curiosity. The menu recommended 4/5 each and that would make a great starter or individually at 50p it is the ultimate bar snack for lazy afternoons drinking! 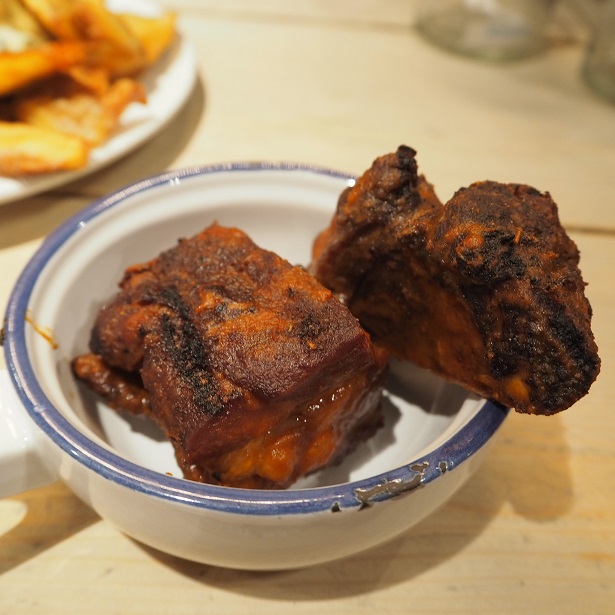 For mains we both opted for a Crate – huge portions of BBQ goodness served in, funnily enough, a crate! I went for the 14hr Brisket (£13.95) which includes toast and 2 sides. First time I came I had the Mac & Cheese and the Garlic Mash and it was so sickly filling I tried to box clever and have the fries and coleslaw this time – wise move Katie! The meat just goes on and on. I swear it is a seemingly never ending pile of meat! Both times I have had to have help to clear off the portion! The meat tasted flavourful and moist but really crept up a level when doused with the speciality sauces, again made in house. Yum 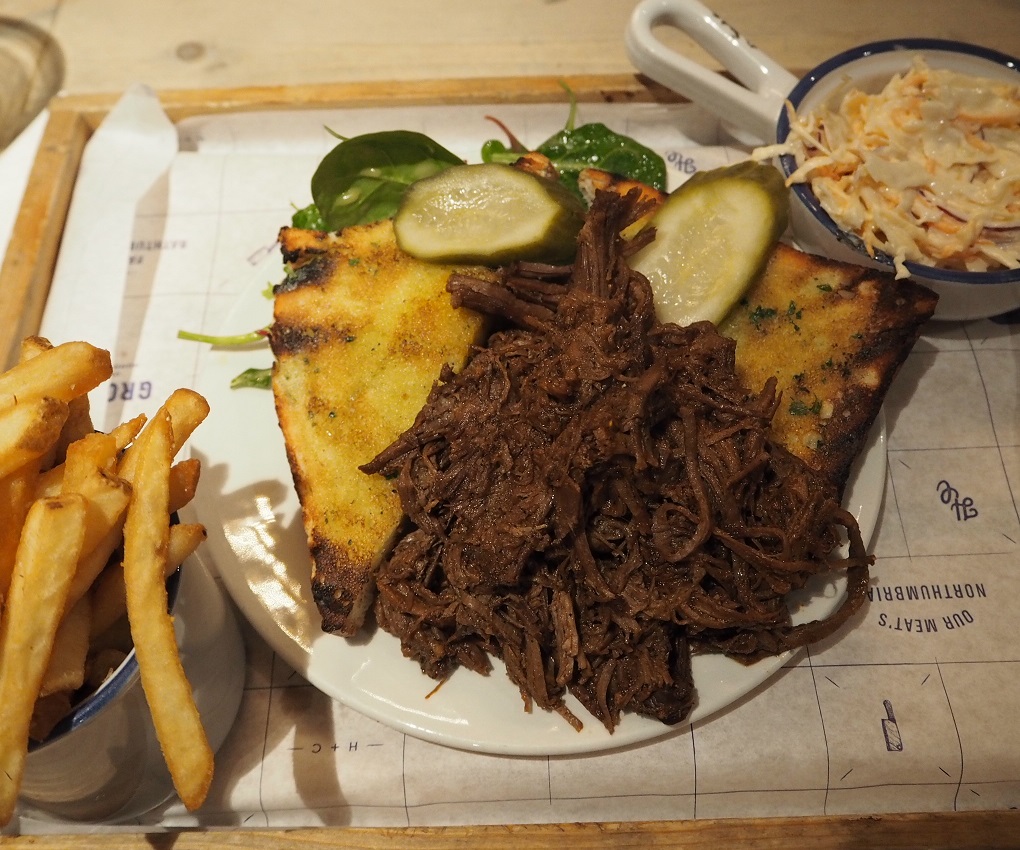 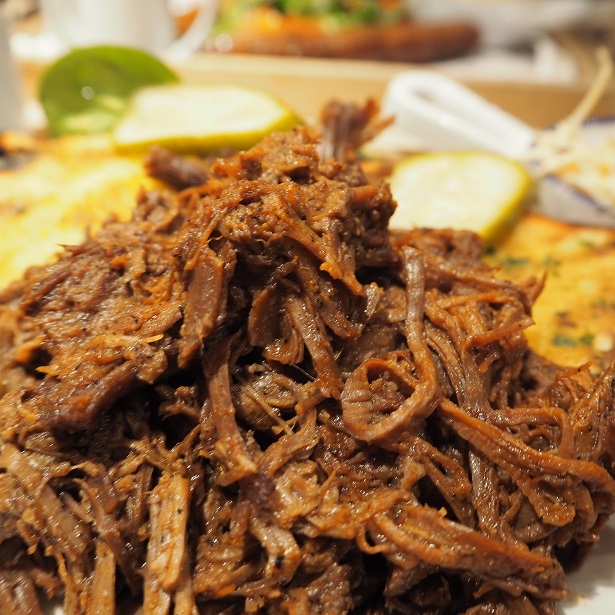 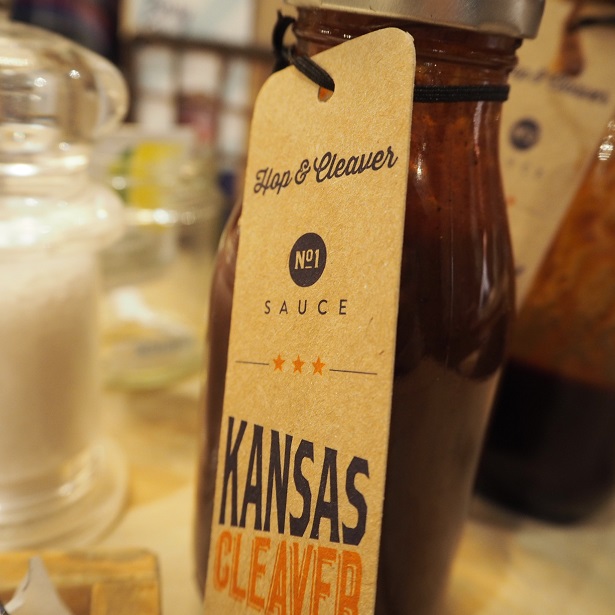 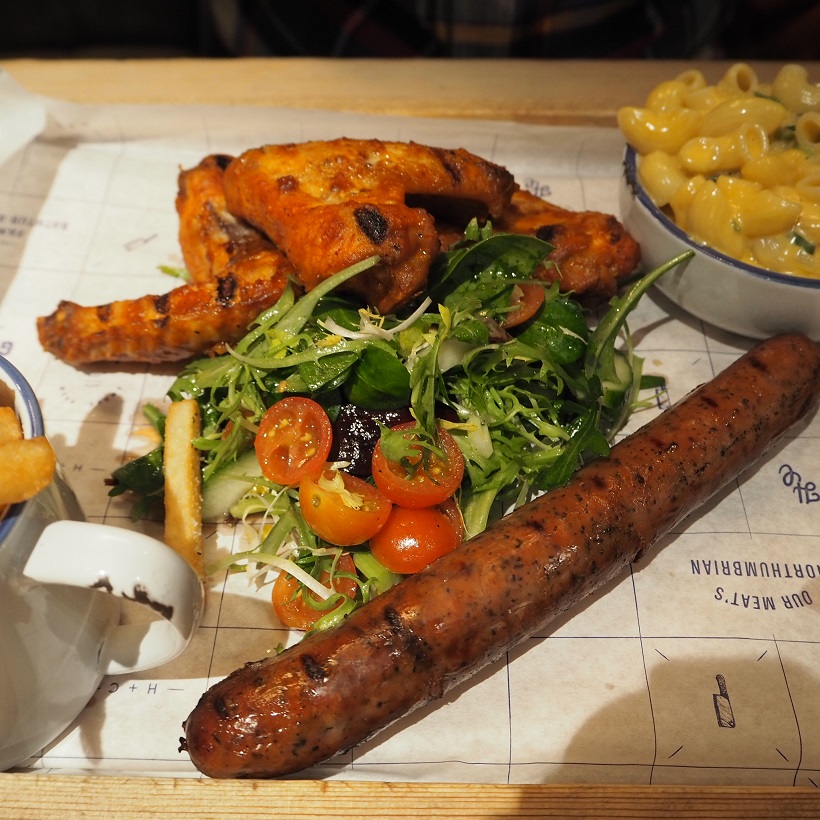 After this massive meat feast, we were too stuffed for dessert and happily rolled our way home. Thankfully we had to walk right back along the Quayside to collect the car which helped the food coma that was ensuing!

If you are looking for somewhere new to try, Hop & Cleaver is the way to go – we can’t wait to go back!!!