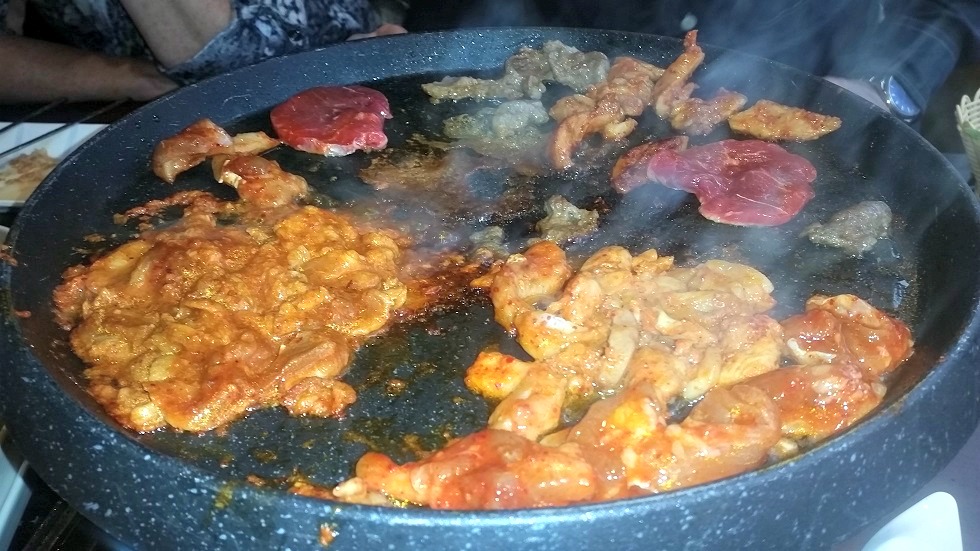 Mannaza Korean Restaurant has been at the top of my must-try list for a few year now but something always came up every time I tried. Was it fate? I don’t know but I have finally been!

My brother in law lives in South Korea, formerly Gwangju and now Soeul, so when he came home to visit in the summer it seemed only right to take our Korean BBQ guru to help show us the ropes.

Tucked off and away behind the leviathan that is The Gate, Mannaza Korean Restaurant sits neatly on Monk Street and sits around 50 covers at a time. Small and simple, they still hold the mantle of the only Korean restaurant in town. 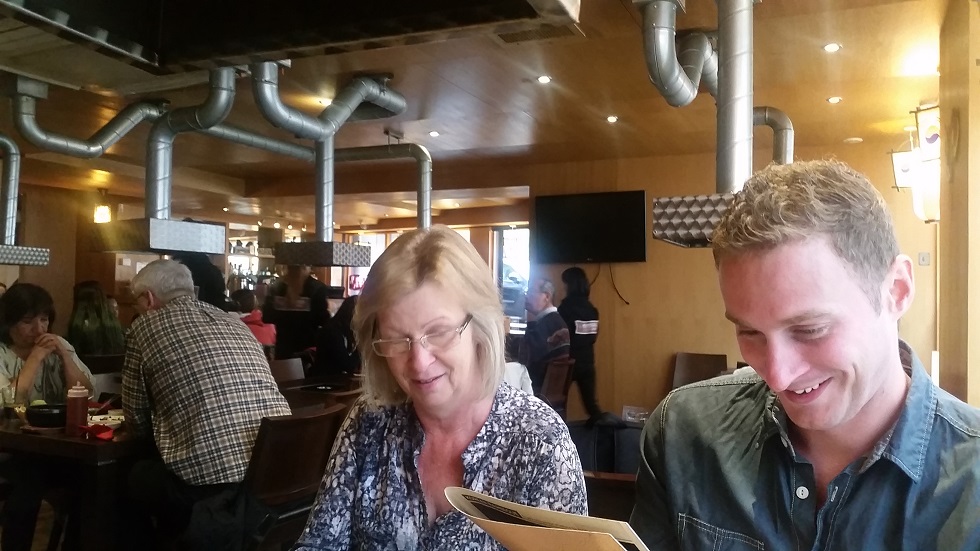 I was disappointed to see that the built in hot plates in the table are now defunct and diners are brought what can only be described as a big camping stove to cook their food. It was the fancy table bit I was secretly looking forward to! 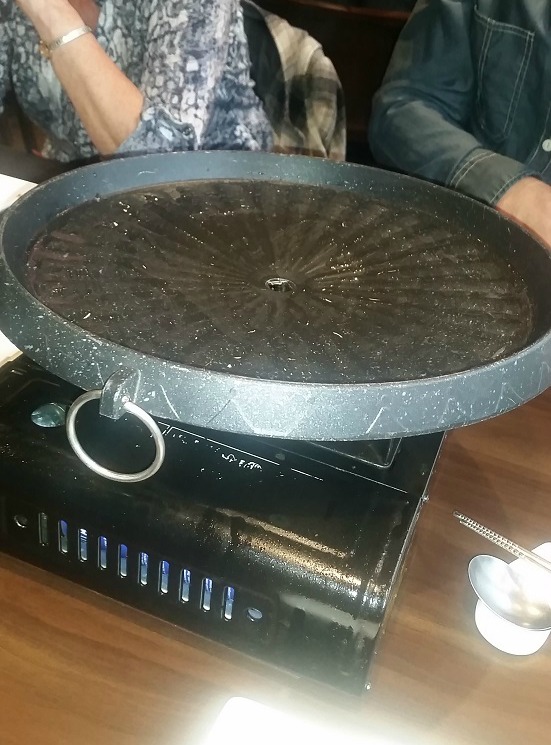 The Deep Fried Chicken in Sweet Chilli Sauce (£5.90) was a mammoth portion and easily shared. Generous chunks of chicken and a piquant kick. Presentation was basic but as long as it tastes good, what more do you need I guess? 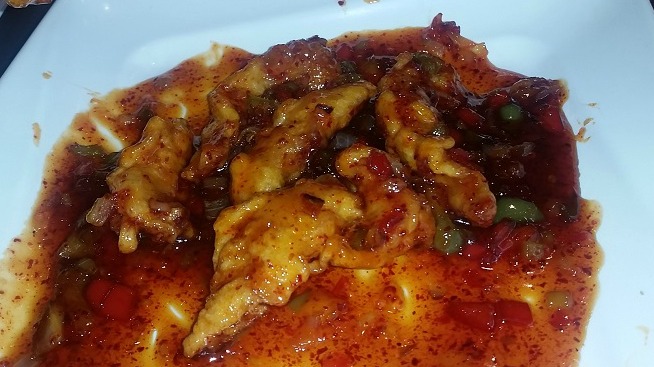 Following the Brothers orders, we picked our meat plates and cracked on with the cooking. Paul chose the Pork & Squid platter (£6.50) and I the Spicy Marniated Chicken (£6.50). Each of these weighed 200g and thanks to being super finely sliced, both cooked quickly and looked like more than it was. 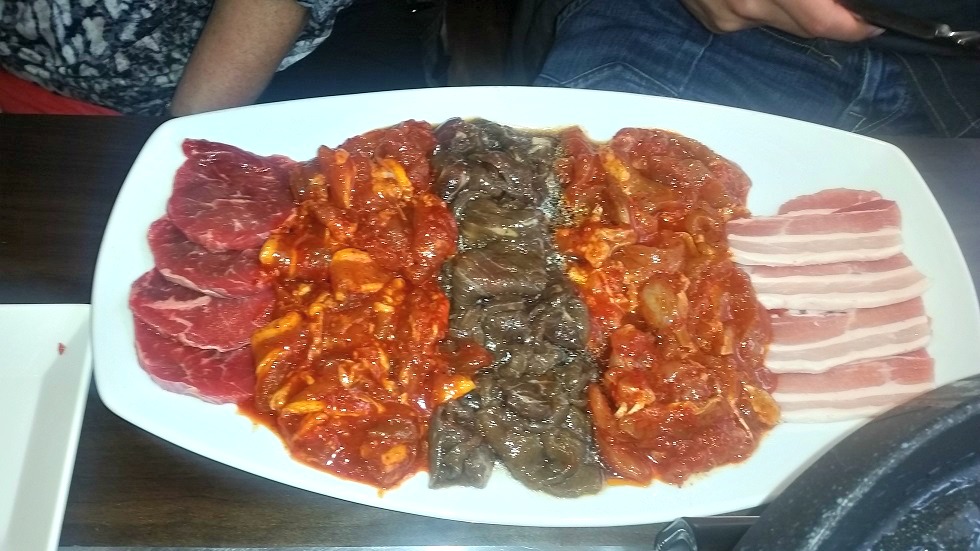 Mother and Brother opted for the Assorted Meat platter (£19.90) with 600g of sliced pork, ribeye, marinated beef and marinated chicken. It would be hard going to get through it all alone unless you are all about the meat, but it was plentiful to share between 2 hungry souls.

We went for the £5 side dish platter too which had a selection of pickles. The lettuce leaves that are synonymous with Korean BBQ are charged extra per person (£1.60) and are used to roll and wrap the meat you have just grilled. 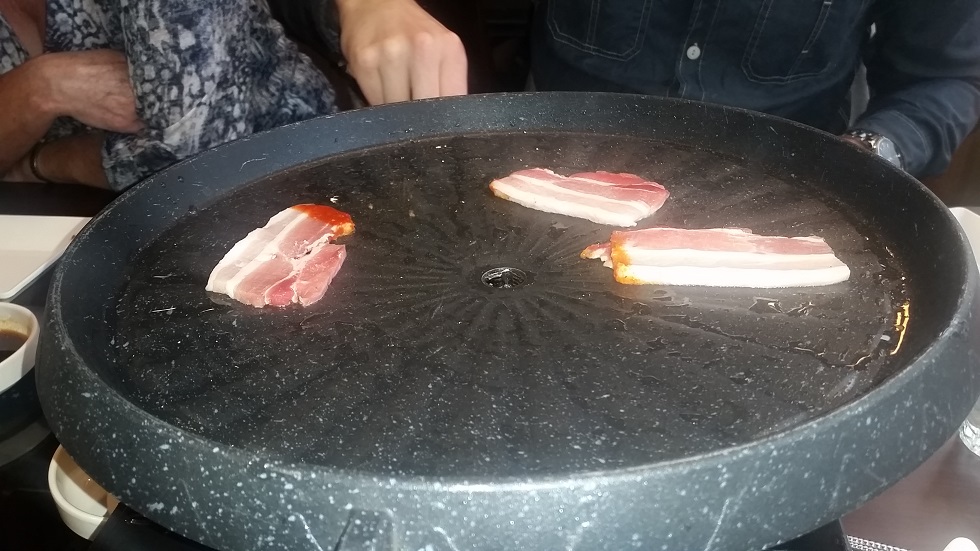 This is where the fun / carnage began. Undoubtedly it is fun to cook your food on the grill and it was great to chat while cooking as it felt very sociable. The only downside was our table looked like a bomb had hit it. The lettuce hadn’t been well drained so we were swimming in water and the table wasn’t big enough to accommodate 4 people and 3 platters, thankfully we had the deep windowsill next to us to spill over on to.

The Brother’s only gripe was that they were charging extra for the lettuce, bean paste and pickles at Mannaza Korean Restaurant. These are traditionally served for free along side the meat. Imagine ordering fajitas and then being charged extra for the wraps, lettuce and cheese. It’s that kind of thing. If there’s a revenue stream to be made in a restaurant, you can’t fault them for trying.

The food was delicious and well cooked if I do say so myself but it’s no good if you are hungry as there’s no quick win on the cooking front! We had a really good time and it was fun but I think if I return, I would pick other things on the menu now that I have done the BBQ. The noodle and hot pot dishes sounded lush.