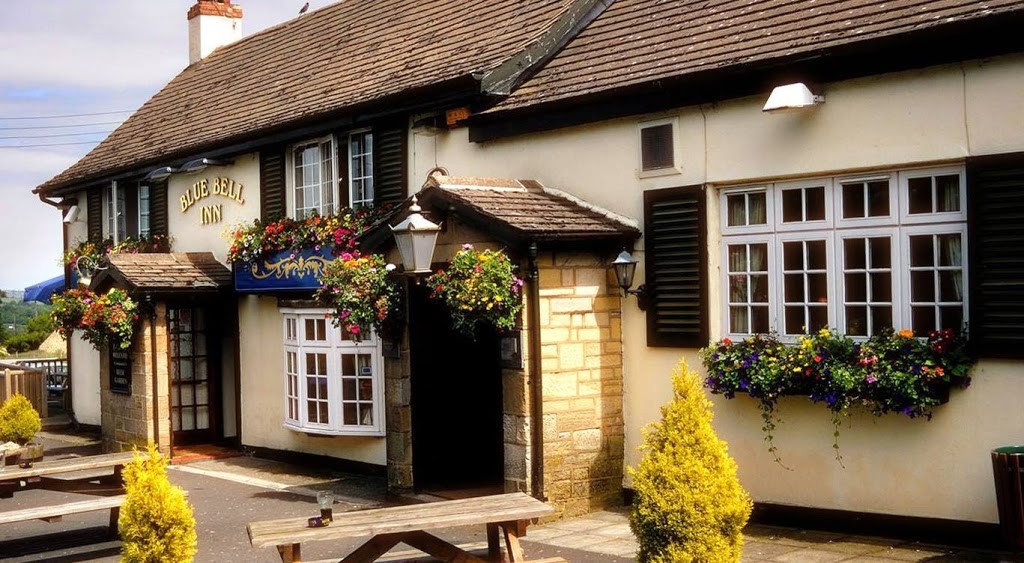 Recently, Mr Tramp and I paid a long over due visit to The Blue Bell Inn. Situated half way between Stanley and Beamish, in close proximity to the Museum, the current owners took the reigns in March this year.

Being a Beamish girl this pub has had a special place in my heart for a long time. I went to school with Stuart & Eddy’s, the previous owners, son (Hi Dean, should you see this!)  and the shooting club Mr T + Dad were members of hold their AGM here.

Since the new owners have taken control, the pub is pushing itself forward as a gastropub with a large, tasty menu. A friend had visited a couple of months ago and the verdict was NOT favourable but in for a penny in for a pound, we went with an open mind. 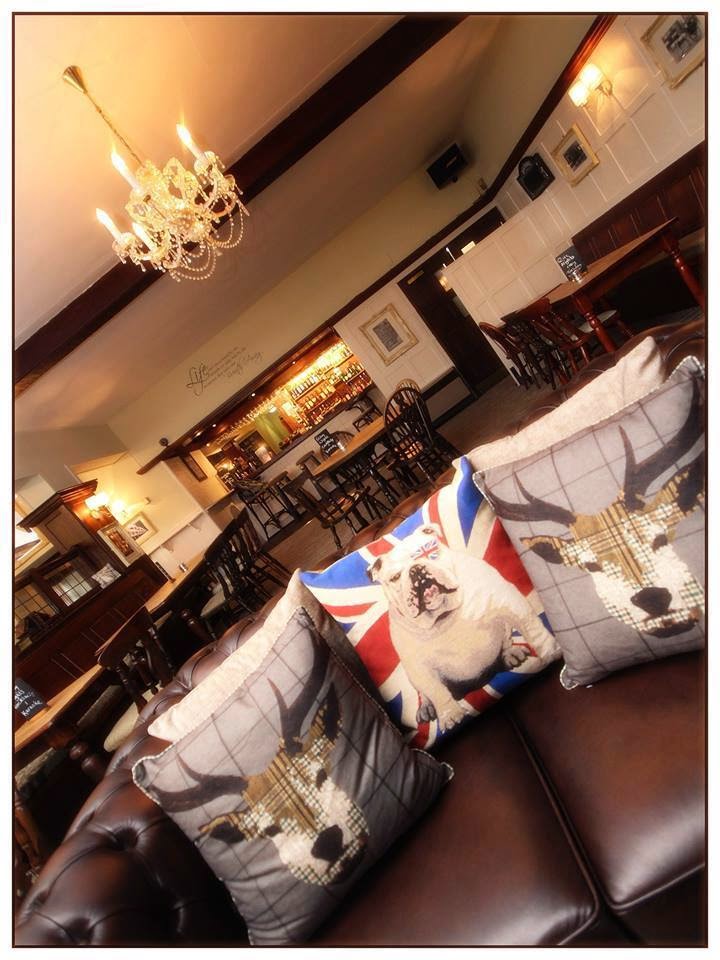 Stepping in to the light bright airy dining room with white woodwork and scrubbed tables, we were seated by a pleasant waiter and our drinks order was taken promptly while we perused the menu and the summer specials. 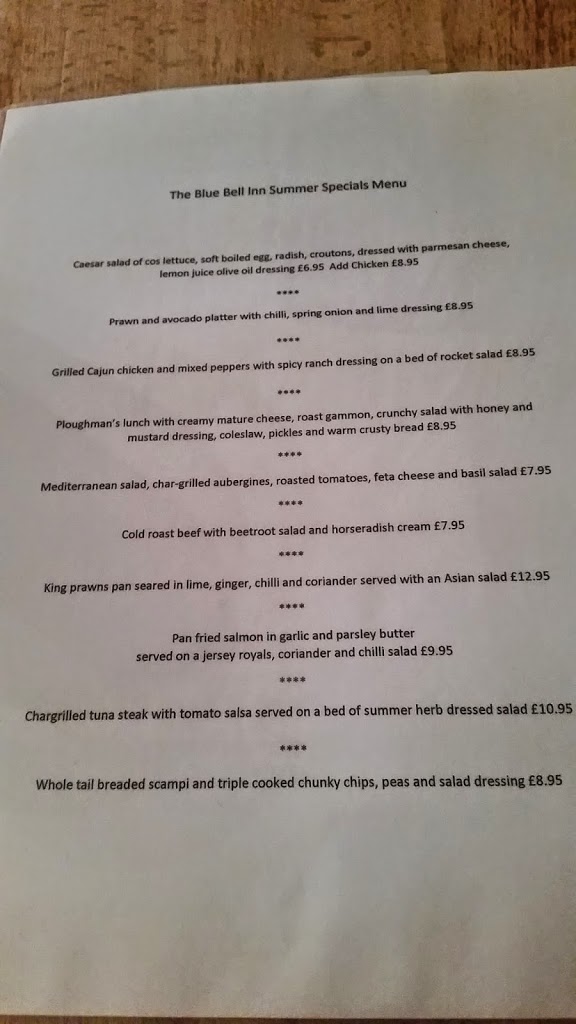 To start, we shared the potato skins (£2.95) which were piping hot and generously portioned. Served with garlic dip and a dressed side salad, we were pleased that that the portion was ample enough to share. 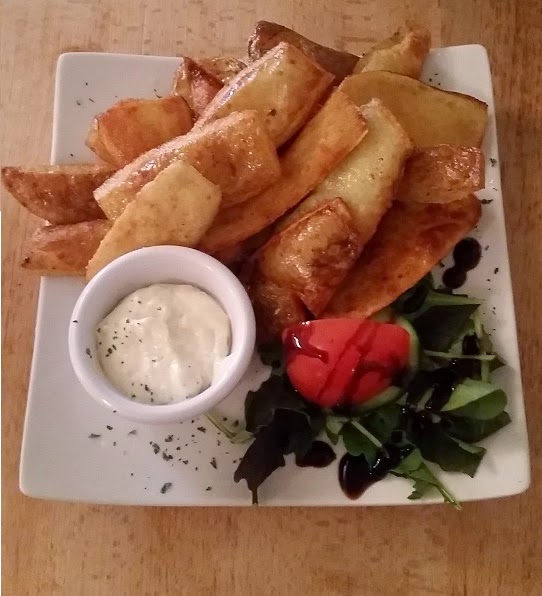 Mr Tramp followed up with Steak, mushroom and ale pie (£9.95) which came with chips and a side of vegetables. A heaping serving of tender steak cooked with delicious Blue Bell Inn Ale in a short crust topped plate pie. 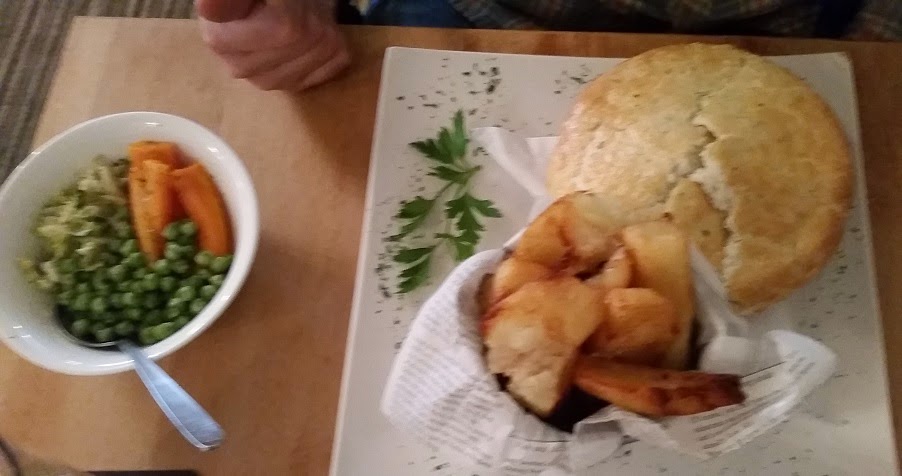 I had the Blue Bell Gourmet House Burger (£7.95) with a side of chunky chips, dressed salad and a dill pickle spear. The burger was a great hunking handful of beef which made Mr Tramp’s eyes light up. This for me where it went down hill a little. I do not like pink meat whatsoever and my burger arrived very pink. The menu, on second glance, does say I could have it cooked to preference but usually when meat is served pink the waiter always lets you know. I shut my eyes and powered home. The meat was tasty and the outside did have a nice char. 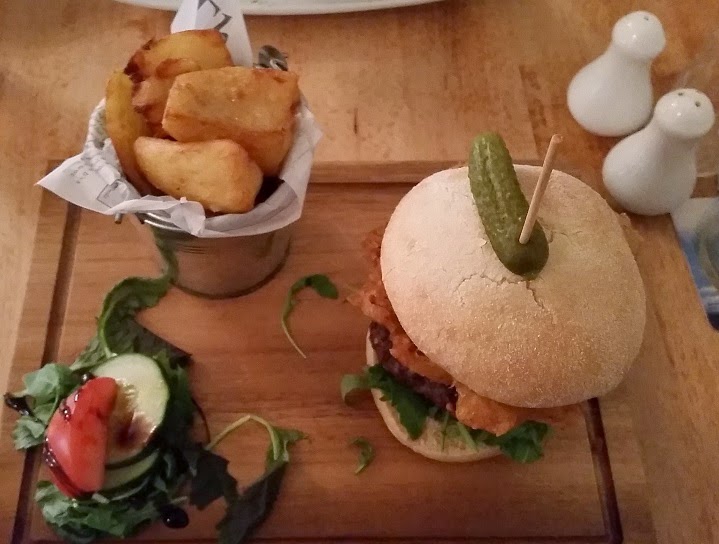 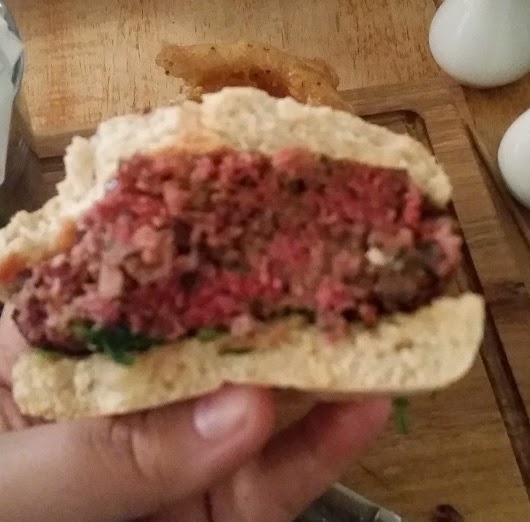 I do feel the waiter should check with customers on their preferences otherwise it could result in a lot of returned food.

Overall we were impressed and will most definitely return, especially to try the rest of the delicious summer menu! The prawn and avocado platter has my name on it! I know if I order meat I will be VERY sure to say well done!