Yes, it’s still technically winter but by god the winter sun can be blinding when it is low in the sky. Especially when driving. I probably wear sunglasses all year round!

I snapped these Ray Ban Wayfarer bad boys up in New York  thanks to a good exchange rate and wore them while we were away as it was cold but super bright.

I have been seeing a lot of people wearing blue/green mirrored colour ways of sunglasses recently but I was so struck by the red / magenta / orange / gold mirror I had to have them.

The frames are matte black and I think they are just about the best sunglasses ever. Incredibly hard to photograph though.

Paul wasn’t so struck with them but I spotted Andy Samberg, the comedy genius behind Brooklyn Nine Nine and Lonely Island wearing a pair in the bands video… if its good enough for him, then they are fine by me! 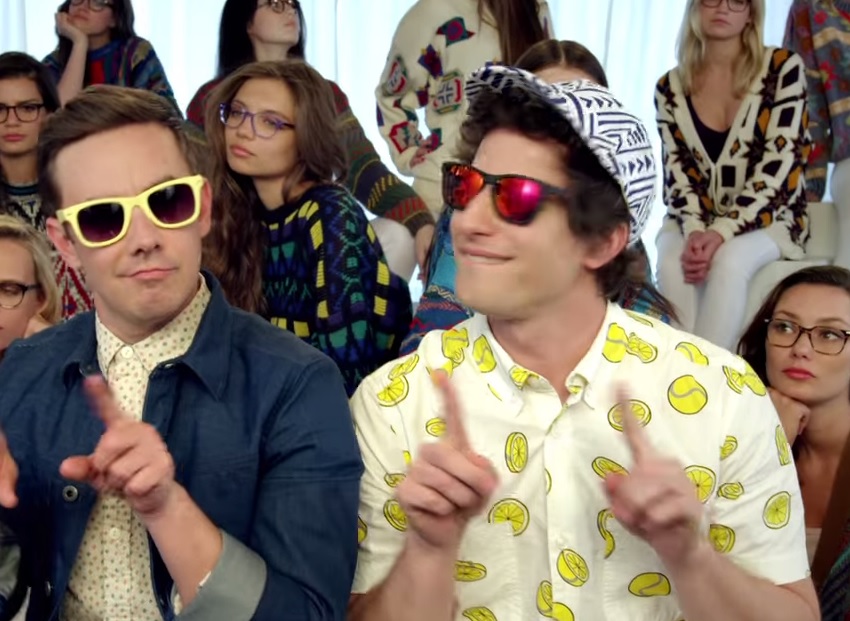