Fenwick of Bond Street launches ‘Here I Am’, a year–long campaign inspired by Jim Fenwick’s first words as he arrived on Bond Street in 1891 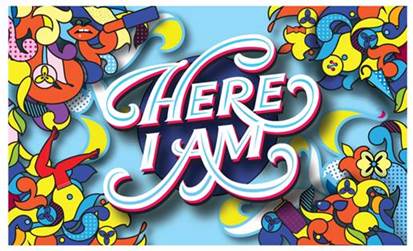 Here I Am, by Andrei Robu

Fenwick of Bond Street, which has retained its prominence on Bond Street for the fashion cognoscenti since opening in 1891, announces the launch of ‘Here I Am’, a year-long campaign inspired by the words JJ Fenwick (known as Jim) said after first arriving on Bond Street in 1891 to open his ground-breaking new concept (combining the selling of different goods in clearly defined departments under one roof), today known as a department store.

Here I Am’ heralds Jim Fenwick, one of England’s greatest retail pioneers as its muse. The campaign will celebrate Fenwick’s unique story by taking customers through a journey of unexpected collaborations that will be infused through Fenwick of Bond Street’s products, events, services and windows.

2015 marks the advent of a new era, and a new moment for Fenwick of Bond Street, as the retailer embarks on the next phase of its journey to become famous as London’s House of Style.

Paying homage to Jim Fenwick’s concept of collaborating with cool new artists of the day, Fenwick has invited artist Andrei Robu to illustrate the words ‘Here I Am’ through a series of art installations which will go live in the retailer’s iconic Bond Street windows in January 2015.

Also launching in January is Fenwick’s limited edition ‘Here I Am’ beauty bag. The exclusive cosmetics bag features 24 of the most sought after beauty products from brands including Eve Lom, Suqqu, Laura Mercier, Clarins and Chantecaille to help start the New Year with a beautiful glow.  The beauty bag is worth £250, and will be offered complimentary whilst stocks last to customers who spend £200 in Fenwick of Bond Street’s beauty hall. 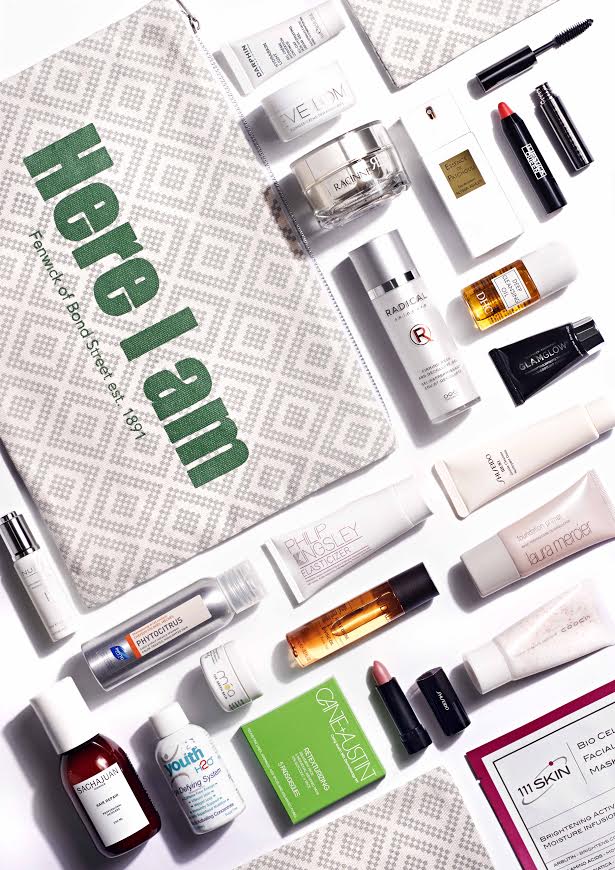 Here I Am beauty bag, exclusive to Fenwick of Bond Street

David continued: “We’re fortunate to hold one of the greatest stories in the history of British retail, which we recognise as our responsibility to protect, and our collaboration with Andrei Robu is a perfect ode to Jim Fenwick as a retail pioneer who was known for employing well known fashion creators of his day. As the world becomes a smaller place, both Londoners and our Bond Street audience look to Fenwick of Bond Street to not only innovate to ensure we remain fresh and relevant, but also to curate a different story which we hope we have achieved through Here I Am. We hope the power of these words will inspire customers today.”

Andrei’s ‘Here I Am’ concept is inspired by the vintage typography style used in the early days of Fenwick. Within his work Andrei has searched for new ways to combine the old with the new. Deconstructing classic typefaces and introducing SS15’s trend for bright colours and floral motifs to illustrate Jim’s deep rooted words.

Andrei Robu said: “I’m honoured to work with Fenwick of Bond Street and create a new moment in its history. I chose to draw a bold type-lettered logo to match the founder’s simple, yet powerful words, “Here I Am”. My approach for this project was to try to illustrate a visual language through the use of bright colours and floral motifs that will draw all eyes to Fenwick’s iconic Bond Street windows.  Here I Am is a reminder never to be afraid to say what you think, eliminate distractions, simplify and believe that inspiration exists but it has to find you working.”

After a successful opening in Newcastle, it was Jim Fenwick’s vision to transform Bond Street into the Rue de la Paix of London, and soon after launching, Fenwick was described as a ‘ladies paradise’, considered by society Londoners as a daily preview of Vanity Fair. Its Bond Street audience were continuously fascinated by the retailer as a spectacle, and Jim Fenwick relished the challenge to exploit his radical business concepts in a glamorous new setting.